‘The Daily Show’ takes a dynamic approach to political reporting by encasing real-world stories in a shell of satire and humor. A recipient of the Peabody and Emmy awards, ‘The Daily Show’ is also considered to be Comedy Central’s longest-running program. Since its premiere in 1996, the show went through a couple of hosts before Trevor Noah took up the reigns in 2015.

His magnetic and charming personality quickly made him a fan favorite, while his ready wit and humor earned him a high standing. It honestly is quite difficult to imagine ‘The Daily Show’ without Trevor Noah in it. However, with speculations about Noah leaving the show doing the rounds, fans are anxious to know whether they will have to deal with that possibility. Let’s find out, shall we?

Is Trevor Noah Really Leaving The Daily Show or is it a Rumor?

Trevor Noah dabbled his foot in numerous avenues before making it big as the host of ‘The Daily Show.’ Although comedy has been his passion from an early age, Noah has also tried his hand at acting and music. He even hosted several shows in South Africa before he moved to the United States in 2011. After coming to the USA, Noah’s stardom took a whole new form as he made appearances on popular programs like ‘The Tonight Show’ and ‘Late Show with David Letterman.’ Moreover, he also starred in a few hilarious comedy specials. By 2014, he became a regular contributor to ‘The Daily Show.’

The network was quick to notice Noah’s talent as well as his status as a fan favorite. Thus, he was made the host of ‘The Daily Show’ in September 2015. As the host of the long-running program, Noah has brought his own brand of comedy and wit to the platform. Although his appointment as the host initially stirred up some controversy, Noah did not let such matters affect him. In fact, his fan following has steadily grown because of the show, albeit slowly.

After the onset of the Covid-19 pandemic, ‘The Daily Show’ was one of the first programs to switch up their working conditions. For months, Noah hosted the show from his home studio. However, on June 15, 2021, the network announced that ‘The Daily Show’ will take a break and return to the studio on September 13, 2021. The three-month hiatus promised exciting changes as Comedy Central revealed that the late-night program would have an entirely new look and feel once it returns to our screens.

Addressing the break, Noah said, “As for me, on the TV show, we’re going to be taking a little break. Why? Because it’s time to go outside.” He emphasized the need for a break and mentioned that it was getting difficult to work remotely, especially as the future looked uncertain, thanks to the pandemic. Unsurprisingly, this announcement sparked off speculations about Noah leaving ‘The Daily Show’ for good.

Naturally, being a host on ‘The Daily Show’ opened up innumerable opportunities for the comedian. The rumors about his supposed exit were further strengthened as Noah announced the ‘Back to Abnormal’ tour. As per reports, it is scheduled to kick off on September 18, 2021, in Santa Barbara, California. As a part of the tour, Noah will perform in various states across the USA before wrapping it up in October 2022. With ‘The Daily Show’ scheduled to hit the screens once again in September 2021, the people have been worried that Noah’s tour might not allow him to return as the host. 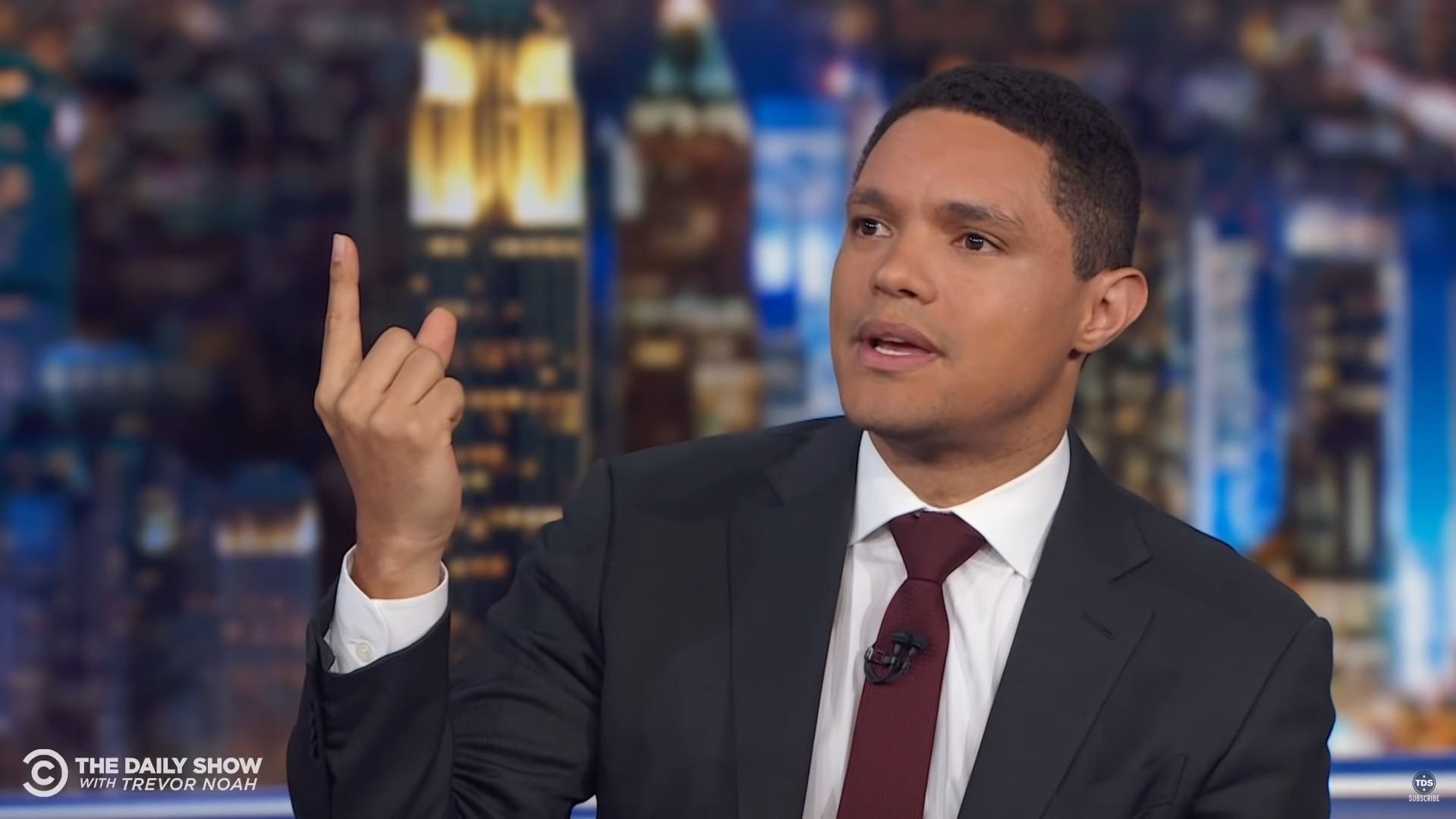 As things stand at present, there is no reason to believe that Noah is leaving ‘The Daily Show.’ For starters, he has revealed that a few surprises await the viewers once he gets back to the studio. Talking about the future of the show and the upcoming changes, the comedian said, “I don’t know what I’ll learn, I don’t know what I’ll not learn, you might see me in a few weeks doing something, you might not, but I definitely will be coming back and hopefully I will see you when I return.”