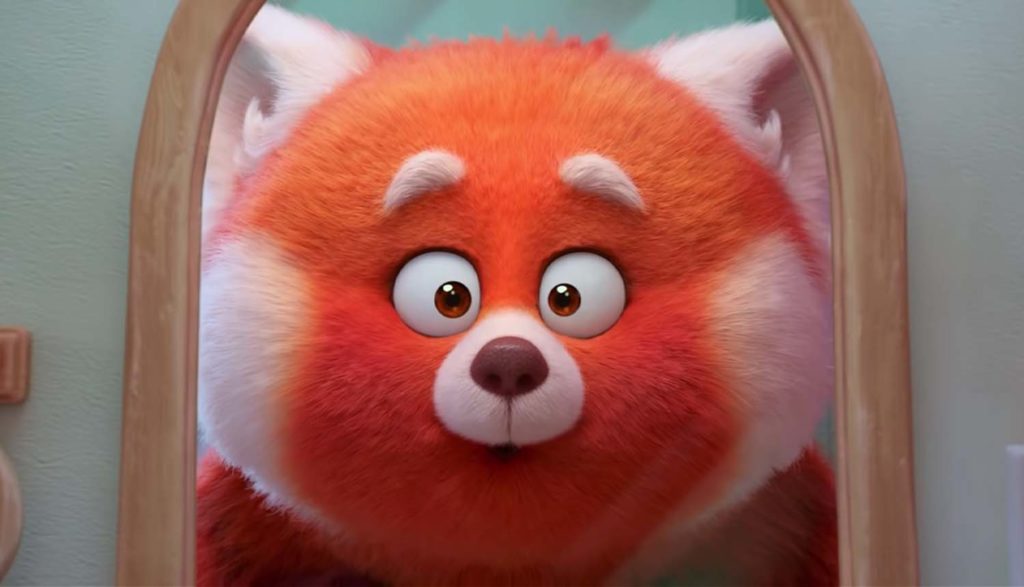 Directed and co-written by Domee Shi, ‘Turning Red’ is a coming-of-age fantasy comedy film that stars talented voice actors like Rosalie Chiang, Sandra Oh, Ava Morse, and Maitreyi Ramakrishnan. The movie revolves around a Chinese Canadian student named Meilin “Mei” Lee, who transforms into a giant red panda when she is stressed or excited. With her strict mother always keeping a close tab on her, the 13-year old must learn to deal with the curse on her own. Curious to learn more about the film’s premise or where it can be streamed? Allow us to be your guide!

What is Turning Red About?

Meilin “Mei” Lee is a 13-year-old school student who has just begun to deal with the chaos and uncertainties of teenage life. While she struggles to adapt to the changes, she also has to remain obedient at home and respect the wishes of her strict mother. As if all of this is not tough enough, Mei is, unfortunately, a victim of a family curse, because of which she transforms into a giant red panda whenever she is excited or stressed. To get rid of the curse, Mei must perform a special ritual on one specific night. While it seems pretty simplistic, her decisions are complicated when Mei learns that the day of the ritual coincides with the concert by her favorite boy band, 4*Town.

Is Turning Red on Netflix?

‘Turning Red’ is inaccessible on the streaming giant. People who have a Netflix subscription can watch other fantasy animated films such as ‘Child of Kamiari Month.’

Is Turning Red on Hulu?

Hulu subscribers will have to look for the coming-of-age fantasy movie on some other platform as it is currently not available on the streamer. We recommend our readers stream ‘100% Wolf.’

Is Turning Red on Amazon Prime?

Amazon Prime’s offering does not include ‘Turning Red.’ However, the film may arrive on the website as on-demand content in the near future. Therefore, we recommend that you should regularly check Amazon Prime’s official website. Meanwhile, our readers can alternatively watch ‘Hotel Transylvania: Transformania‘ or ‘Puss in Boots.’

Is Turning Red on HBO Max?

Since ‘Turning Red’ is currently unavailable on HBO Max, viewers who are looking for somewhat similar fantasy movies may like ‘The Cat Returns‘ or ‘Epic.’

Is Turning Red on Disney+?

The film will release on Disney+ on March 11, 2022, in all the countries where its services are available. If you have a subscription to the streamer, then you can watch the movie here.

Where to Watch Turning Red Online?

You can watch ‘Turning Red’ in select theaters all over the United States. The tickets for the coming-of-age fantasy comedy film are accessible on Fandango. As far as availability on VOD platforms is concerned, there has been no official confirmation as of now. However, we would recommend regularly checking Google Play, Microsoft Store, iTunes, and Vudu in the near future.

How to Stream Turning Red for Free?

Disney+ does not come with a free trial as of now. Therefore, cord-cutters won’t be able to watch the movie free of charge. However, we encourage our readers to refrain from using illegal means and always pay for the content they wish to consume online.