Is Uunchai Based on a True Story? 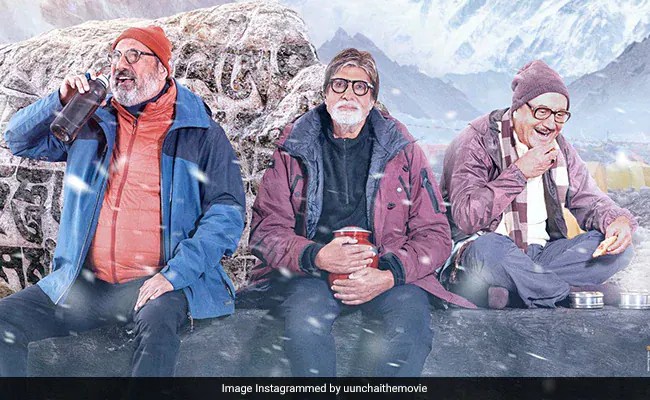 Set in Nepal, amidst the snow-clad Himalayas, ‘Unnchai’ is a Hindi-language film that narrates the story of three friends above the age of 65 who take a trek to the Everest Base Camp. Directed by Sooraj Bartajya, the film is one of its kind with evergreen actors such as Amitabh Bachchan, Anupam Kher, and Boman Irani. ‘Unnchai’ (translated as height) is more than any other adventure movie; it’s about courage, friendship, life, and the search for freedom. It also discusses the true meaning of freedom and breaks age-old stereotypes concerning aged people where society forces them into believing that life stops after retirement. The movie is written by Sunil Gandhi, and other cast members include Parineeti Chopra, Neena Gupta, Nafisa Ali, and others.

‘Unnchai’ is a heartwarming adventure film that takes three friends on a rollercoaster ride to reach the base camp of Mount Everest to honor the last wish of their deceased friend. The courage and the dangers the three friends face on their journey to reach new heights raise the question of ‘Unnchai’ being inspired by actual events. We did some digging, and here’s what we found.

Is Unnchai a True Story?

No, ‘Unnchai’ is not based on a true story. The film is based on a story narrated to director Sooraj Bartajya by writer Sunil Gandhi about the tale of four lifelong friends who have reached retirement age. With the demise of the fourth friend, whose last wish was to climb Everest’s base camp, the remaining friends plan to fulfill his last wish. The story inspired Sooraj Bartajya to make this film that opened new conversations about breaking stereotypes concerning aged people in society. The themes explored in the movie revolve around fearlessness, courage, and the fact that age is nothing but a number.

The director further elaborated on the idea behind the film in an interview where he said, “I was inspired by the story that Sunil (writer) told me back in 2016. I knew then that I had to make the film. What inspired me to go forward with the project is to highlight a part of the life of the senior citizens in the country which is not talked about enough.” 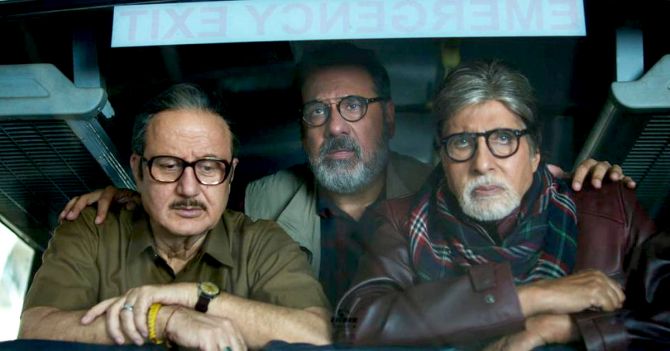 The film’s actors, such as Anupam Kher, also threw light into the movie’s filming, where he told the Economic Times, “The philosophy of age is just a number that aligns with his belief system.” The film touches upon the emotional journey that pushes the three friends to reach new heights and discover the real meaning of freedom while they battle their physical limitations due to their age. The film succeeds in breaking age-old notions of becoming old. “The film is about three believable people,” Anupam Kher told Economic Times. He added, “My faith in this film is based on my philosophy of life that its people who decide you have become old. I was so happy because I wanted to tell the world, don’t write us off”.

Director Bartajya has focused on these subjects where he has successfully challenged the perception that life stops after 60. Through this film, he has done a fantastic job of making people across the globe think about our perceptions of the aged. Though the movie, in general, is not based on a true story and the three friends don’t exist in real life, the film’s theme is very real and makes us wonder about life and what we make the best of yet, irrespective of age.