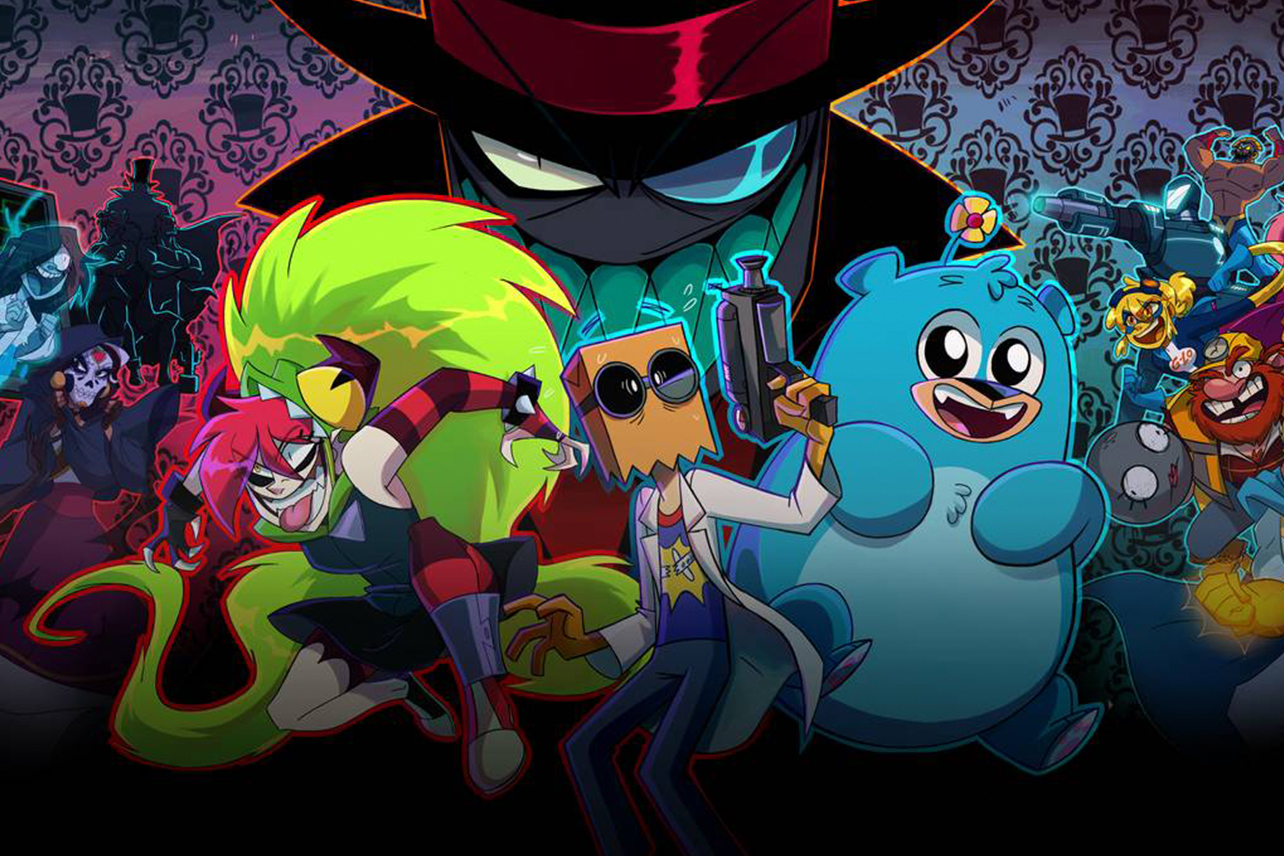 Created and co-written by Alan Ituriel, ‘Villainous’ is an animated television show based on a web series of the same name. The show centers upon the narcissistic evil handyman Black Hat, who runs Black Hat Org. and is dedicated to achieving his twisted goals despite the challenges in the way. Accompanied by his less-villainous aides, the antagonist hopes to use evil inventions to spread terror, but there is always some flaw in his plans.

The black comedy series features talented voice actors, including Alan Ituriel, Eco Vox, Melaney Sems, and Markiplier. Here’s everything you need to know about its premise or streaming details.

What is Villainous About?

Black Hat is a narcissistic villain who runs the Black Hat Org. and possesses strange abilities like teleportation, shapeshifting, spacetime manipulation. The evil mastermind has no confusion about his purpose in life as he is dedicated to the achievement of his evil schemes. Black Hat plans to sell Dr. Kenning “Flug” Flugslys’ brilliant inventions that are each made with a specific goal. Unfortunately, despite his best efforts, his otherwise impressive ideas always have some sort of comical flaws that ultimately ruin everything. Luckily, he always has three less-villainous aides by his side who are willing to do anything for the narcissistic mastermind of Black Hat Org. The hilarious misadventures of the evil handyman and his allies is a laugh-riot that can entertain anyone. Here’s all the streaming information if you plan on watching it.

Is Villainous on Netflix?

No, ‘Villainous’ is not available on the streaming giant, but the platform has some really good animated shows worth watching. People with a Netflix subscription can therefore watch shows like ‘The Hollow‘ or ‘The Midnight Gospel.’

Is Villainous on Hulu?

Hulu subscribers will have to look for the animated web series on other streaming platforms since it is currently not available on the streamer. If you have a Hulu basic subscription, then we recommend watching ‘Solar Opposites‘ or ‘Rick and Morty.’

Is Villainous on Amazon Prime?

Amazon Prime’s current catalog does not include ‘Villainous.’ The series is also not accessible as on-demand content. Therefore, Prime subscribers can instead watch ‘Hitorijime My Hero‘ or ‘Haikara-San: Here Comes Miss Modern Part 1.‘

Is Villainous on HBO Max?

The animated television web series is available on HBO Max Latin America. However, it is currently unclear when ‘Villainous’ will arrive on HBO Max in the U.S. So until there is an official confirmation from the streamer, subscribers will have to wait.

Where to Watch Villainous Online?

‘Villainous’ is licensed by Cartoon Network Mexico and HBO Max Latin America, so it will exclusively stream on those two platforms alone and is therefore not accessible anywhere else. Even in the future, it seems unlikely that the animated series will be available for rent/purchase on VOD platforms.

How to Stream Villainous for Free?

Since HBO Max no longer comes with a free trial for first-time subscribers, it is currently not possible to stream the show for free. However, we recommend our readers always pay for the content they wish to consume online.