Is We Are Who We Are a True Story? 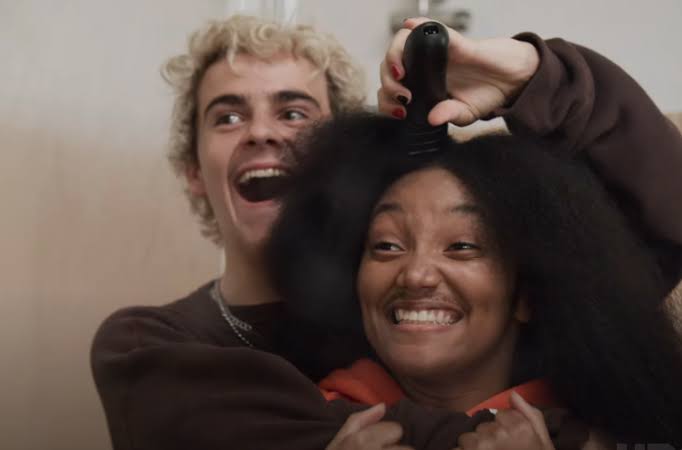 Luca Guadagnino’s ‘We Are Who We Are’ is a coming-of-age drama set in gorgeous Italy. The series is an eight-episode long experience that is meant to immerse viewers in the lives of American families living on a military base in Italy. The show is a striking exploration of identity, gender, sexuality, and teenagehood and deals with themes of self-discovery and self-acceptance. The series stars Jack Dylan Grazer, Jordan Kristine Seamon, Chloe Sevigny, Alice Braga, Scott Mescudi, and Spence Moore II, among others.

In ‘We Are Who We Are’, Grazer portrays Fraser, an introverted 14-year-old forced to relocate from New York with his US military-employed mothers to an army base in Italy. There, Fraser befriends an outwardly confident and outgoing, but inwardly insecure girl named Caitlin. The two embark on the summer of their lifetimes and discover love, friendship, belonging, and each other along the way.

Given that Guadagnino has a history of working with adaptations (see: ‘Call Me By Your Name’, ‘A Bigger Splash’), one might be compelled to wonder whether this series, too, is an adaptation, a true-story inspired cinematic event, or a completely fictitious work of art. Here, we break down the inspiration behind the show.

Is ‘We Are Who We Are’ Based on a True Story?

‘We Are Who We Are’ is not based on a true story. The actual idea for a series revolving around the exploration of gender identity was conceived by producer Lorenzo Mieli and writers Paolo Giordana and Francesca Manieri, who then brought it to Guadagnino’s notice. To avoid being generic, Guadagnino devised a new and novel setting for ‘We Are Who We Are.’ A chance meeting and chat with actress Amy Adams (‘Arrival’; ‘Big Eyes’) fueled the acclaimed director’s imagination and led to the conception of the show’s Italian setting. Adams had described to Guadagnino the experience of spending a part of her childhood on a military base in Vicenza, Italy. This propelled the director to bring to life a mini-America in Italy as the setting for ‘We Are Who We Are.’

Despite the series not being based on a true story, be it in ‘Suspiria’ or ‘Call Me By Your Name’, Guadagnino has always subscribed to the school of thought that uses zeitgeists to ground one’s work in current reality. Here, Guadagnino uses the volatile 2016 US Presidential election and its aftermath to create a backdrop for the show. The series is peppered with nods to the election: Caitlin’s father, a staunch conservative, buys her a MAGA (Make America Great Again) hat; 2016 campaign advertisements and footage are frequently featured. Guadagnino wields the election as a sign of the times in ‘We Are Who We Are.’ Said Guadagnino, “The effects of the 2016 election are still being felt right here, right now. The seismic shift throughout America and the world of what it meant that Obama’s presidency was followed by Trump’s presidency and how people did not see it coming, are still being grappled with.”

Guadagnino’s own experience as a teenager is also reminiscent of the characters’ in the HBO show. The director, too, experienced the rush of endless aspiration that teenagehood brings juxtaposed with the powerlessness to acutely realize these hopes and dreams. Reveals Guadagnino, “If I remember, when I was 14, I was deeply deeply unsatisfied by my incapacity to understand how to put in action the big plan I had in mind for myself. I knew what I wanted, but I didn’t know how to get it.” The characters in ‘We Are Who We Are’ exemplify such emotion in more ways than one.