Isabel May From Alexa & Katie: Everything We Know 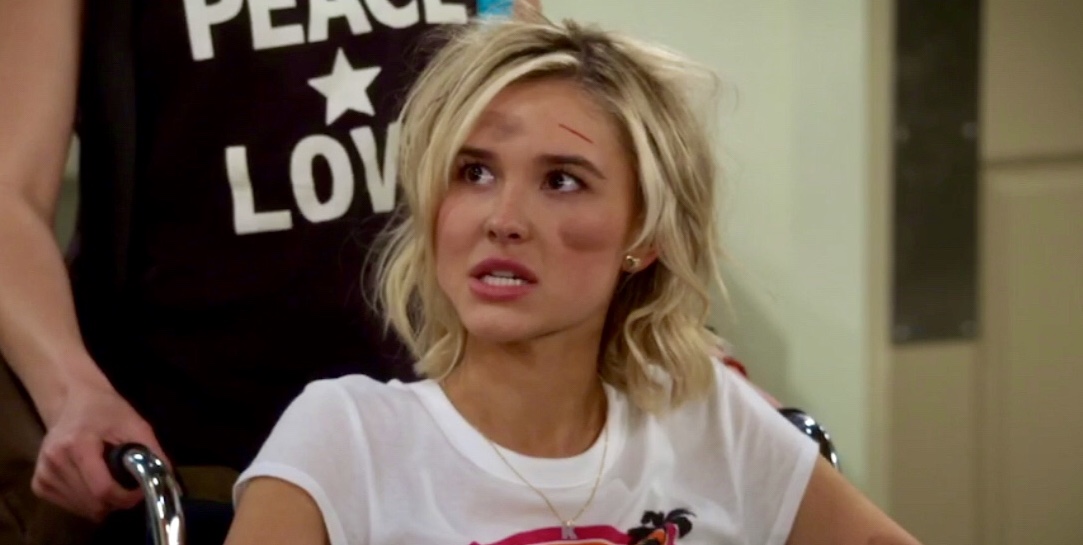 Isabel May gained popularity as an ultra-talented actress within a few years of joining the acting industry. She came into the show business carrying big dreams of being a successful performing artist but suffered at the hands of destiny. After experiencing the pain of rejections for three years, the 20-year-old landed the main role in the 2018 Primetime Emmy nominated Netflix series ‘Alexa & Katie.’ On coming across such an interesting detail about her life, we got intrigued to know more about Isabel, and here is everything we found out!

After noticing Isabel May’s prodigious reading and writing skills, her sixth-grade English teacher saw great potential in her. She advised her parents to channel their daughter’s creativity towards other mediums. The Santa Monica, California-native has chosen to keep the identities of her near and dear ones hidden. However, she admits that they have been her pillar of strength and even arranged an agent for her while she was still trying to wrap her head around that fact if she would be an actress.

Her parents immensely believed in her talent, so much so that they started her schooling online in the tenth grade itself to help her concentrate even more on honing her acting skills. But even after this, Isabel did not have it as easy as she auditioned for three years without landing a single role. Gaining considerable experience from her initial rejections, Isabel does not consider it a “bad thing” anymore and admits that the difficult phase has turned her into “a better actor.”

At the very beginning of her career, Isabel May confessed in 2018 that she looks forward to “play(ing) someone twisted. Elaborating her point, the actor spoke of her being “a hardcore fan of psychological thrillers and bizarre dark stories.” She added, “I absolutely love watching people on screen become these very terrifying people. Dark and twisted stories and characters, I’m all in.” No wonder May aced the role of Zoe Hull, who is seen coping with the loss of her mother, in Kyle Rankin’s ‘Run Hide Fight.’ Before being cast in the film, Isabel had already become a household name after playing the titular Katie Cooper in ‘Alexa & Katie.’

Despite no significant acting experience and negligible training, her debut television performance as the quirky but supportive friend to Alexa won the audience’s hearts. She then landed the part of Veronica Duncan, Sheldon’s older brother, Georgie’s love interest on CBS’ ‘Young Sheldon.’ She also appears as the party host in the independent horror film ‘Let’s Scare Julie To Death.’ Undoubtedly new to the acting scene, Isabel has a long way to go and is sure to establish an impressive career graph a few more years down the line.

The fact that Isabel May can goof around with a monkey hanging around her head and post it as “relationship status: taken” says much about her fun-filled personality. It is believed that she is not involved in any romantic relationship as of now. Even if we were to assume that she is “taken,” the actress has done a flawless job in brushing the details under the carpet. Considering how young Isabel is and the demanding nature of her profession, it would not come as a surprise if she openly confesses to being single. 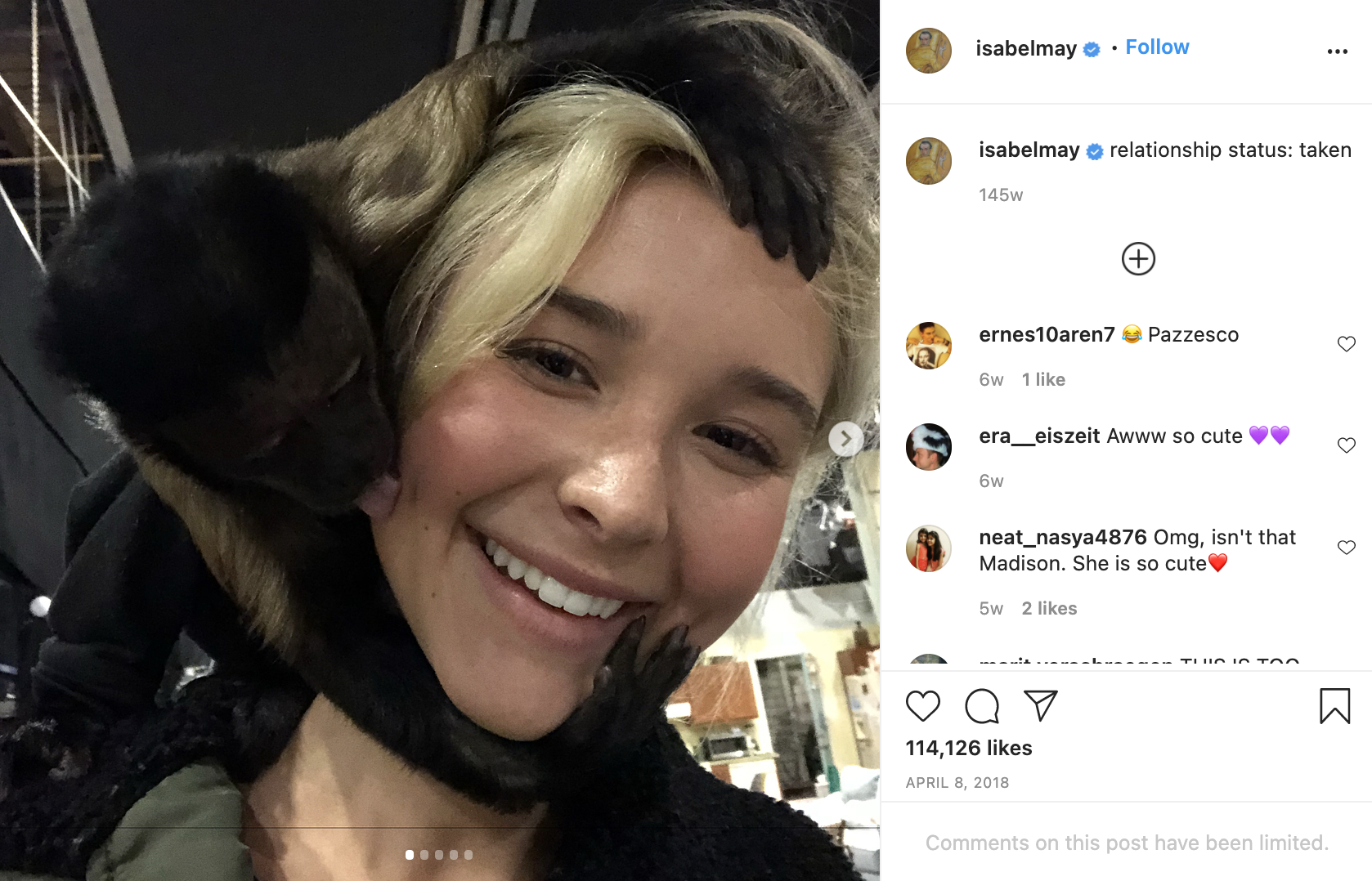 Nonetheless, this does not stop the diehard fans of ‘Alexa & Katie’ from shipping Isabel with Barrett Carnahan, who plays/essays the character of her on-screen love interest, Aiden. Considering their undeniable chemistry, the idea does not seem too far-fetched. Yet the truth remains that Carnahan married his long-time girlfriend, Nina Kubicki, on June 17, 2020, after being in a relationship for over ten years. 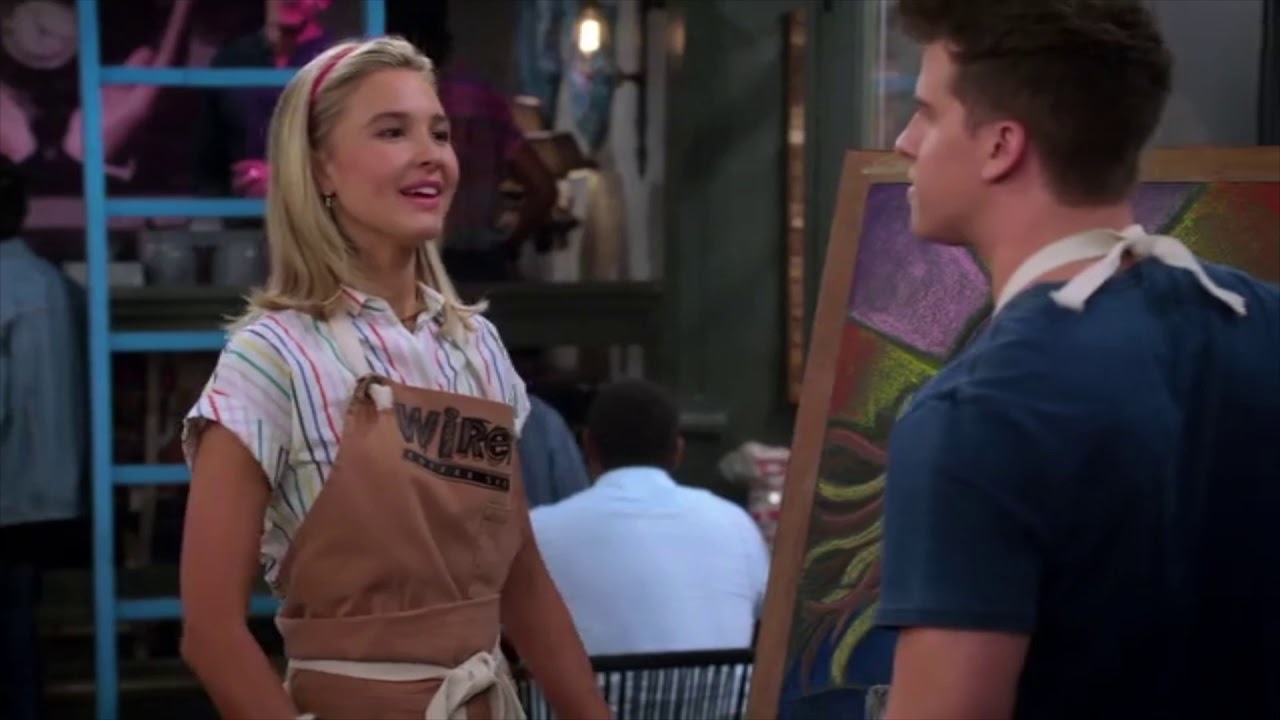 Read More: Is Alexa and Katie Based on a True Story?