3 Reasons Why Isabelle Huppert Should Win the Best Actress Oscar 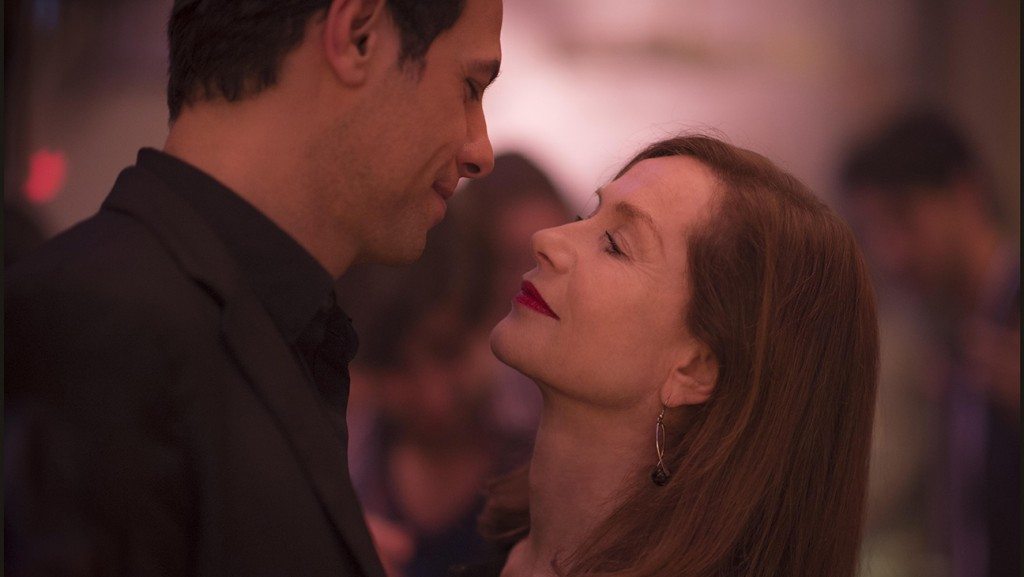 The Oscar race is tightening. The season-opening Gotham awards were announced just over a week ago; and has been followed by the New York Film Critics Circle Awards. ‘Moonlight’ has emerged as a surprising Oscar contender, while ‘La La Land’ continues to remain the best bet to pick up the golden statue come February. Casey Affleck seems to be a lock for Best Actor, being both the critics and awards favorite for his career-defining performance in ’Manchester By the Sea’. Though I will glad to be proven wrong, I feel like we are heading up to a long, boring Oscar season, with the Best Actress category being the most competitive. Now, that is what I want to talk about, or to be more specific, why I think Isabelle Huppert must take home the Academy Award next year.

Known as the Meryl Streep of France (though at this stage I am more inclined to call Streep the Isabelle Huppert of America), Isabelle Huppert is easily the finest and boldest actress in the business. The loud squeaks of excitement and veneration from the crowd when she shockingly won Best Actress at the Gotham Awards for her breath-taking performance in ‘Elle’ is a testament to the god-like stature of this woman. At 63, she seems to be at her very best, churning out incredible performances one after the other at an age where most of her contemporaries have been reduced to pale shadows of their former selves.

With the New York Film Critics Circle prize for Best Actress also in the bag, it appears tinsel town is finally gearing up to honor this genius; and if current trends are any indication, she is a shoo-in for the nomination and appears to have an excellent chance of finally grabbing the coveted Oscar.

Here is why think Huppert should win this time around.

While you might believe that the Academy gives out the Oscars objectively without any bias, this couldn’t be farther from the truth; in fact, they are (in)famous for often ignoring the best in favor of nostalgia and sympathy wave. And if the current scenario is any indication, Huppert has that going for her. One of the finest actresses in cinema history, she should have won for her immaculate portrayal of a sexually repressed woman in the Michael Haneke masterpiece ‘The Piano Teacher’ (2001). And there is a good chance the Academy might decide to reward her celebrated career.

While the Best Actress category appears to amongst the more competitive ones this year, it still isn’t comparable to previous years. With Paramount deciding to campaign for Viola Davis (‘Fences’) in the Best Supporting Actress section, Natalie Portman (‘Jackie’) looks to the biggest competition. This might be a blessing in disguise for Huppert, because the Academy is often not keen on awarding someone so soon after their previous win (Portman won for ‘Black Swan’ in 2011). Also, the members might feel she is too young to win twice. Her other competition is Emma Stone, who might not look strong as of now, but if there happens to be a ‘La La Land’ sweep, chances are she might end up being one of the beneficiaries. Though, Stone is still young in the industry and the Academy might favor a veteran over her.

The Best Performance of the Year

This is the only reason that should matter, unfortunately the dynamics of the Academy Awards ensure that this remains the least important. Huppert gave not one, but two of the finest performances of this year with Paul Verhoeven’s ‘Elle’ and Mia Hansen-Love’s ‘Things to Come’. ‘Elle’ was amongst the most talked about movie at Cannes, with Huppert performance being widely acknowledged as her best till date; this is high praise for Huppert, whose performance in ‘The Piano Teacher’ is widely recognized amongst the finest of the century. She absolutely nails the role of Michele in ‘Elle’, about a career-woman who has a bizarre response after being brutally assaulted in her own house. A complicated and undoubtedly controversial character to portray on screen, Huppert virtually inhabits the woman; her subtle nuances leaving us absolutely mesmerized.

While it may seem like an easy path for Huppert going into the Oscar season, the reality is that she has an uphill task. There is one of big factor that goes against her – She isn’t American! And the Academy isn’t too fond of giving out awards to foreigners, exactly why Emmanuelle Riva (‘Amour, 2012) and Charlotte Rampling (’45 Years’, 2016) were ignored despite giving the best performances in their respective years. Also, there are a host of other great actresses who might end up being on the right side of the Academy’s sympathy wave, especially Amy Adams (‘Arrival’) and Annette Bening (‘20th Century Woman’). And perhaps more importantly, the controversial nature of the themes in ‘Elle’ might be too hot to handle for the politically-correct Academy.

So, while it may not be a smooth journey for Huppert for the Oscar, this is undoubtedly the best chance that the Academy will ever have to recognize this cinematic giant and it will be their loss if they choose to ignore her. Let us hope the right choice is made.