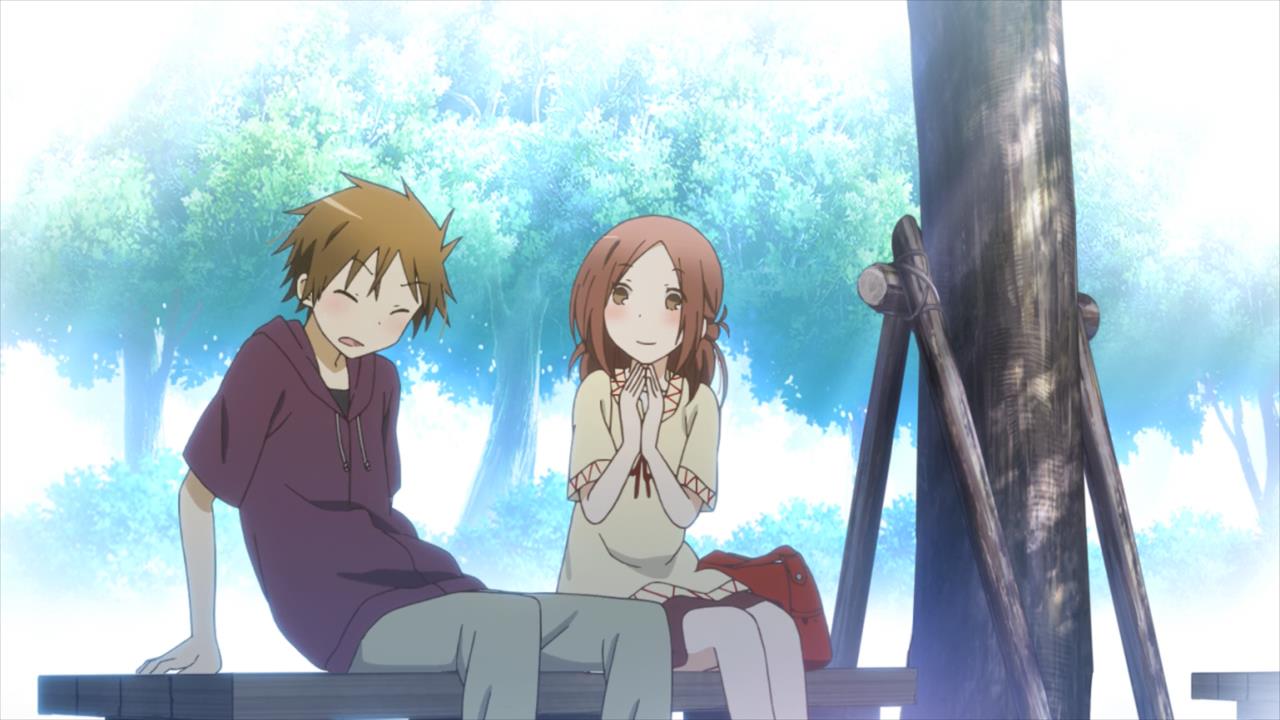 ‘Isshiikan Friends.’ or ‘One Week Friends’ is an anime that runs somewhere between the lines of slice-of-life and romance, yet, it never really confines itself to either of the two genres. With every episode, the show brings in a unique story of the complex relationship between two of its main characters. Although it can be a little frustrating to watch at times, the anime keeps you engaged with minor twists and turns in its bit-sized runtime.

Despite its circular plot that concludes exactly how it begins, it is a pleasant light-hearted anime that can be enjoyed by anyone. If you had a good time watching its first season, you might want to read on further to know more about the prospects of its season 2.

One Week Friends Season 2 Release Date: When will it premiere?

‘One Week Friends’ season 1 premiered on April 7, 2014, and with a total of 12  episodes, it finished airing on June  23, 2014. Produced by Brian’s Base Studio (‘Baccano!‘, ‘Durarara!‘), ‘Isshiikan Friends.’ is based on a four-Koma manga series which has 7 volumes and is not in publication anymore.

Now, since the Studio that created it has already covered all of its volumes in the anime adaptation, no more content is left for another season. And with a lack of source material content, it seems very less likely that it will ever get renewed. In the unlikely scenario the anime does get renewed, you can expect ‘One Week Friends’ season 2 to release sometime in 2022 or later. Till then, you can check out the anime on our list of other similar slice-of-life anime.

You can stream ‘Isshiikan Friends.’ on Crunchyroll with original Japanese audio and English subtitles.

After having a crush on Kaori Fujimiya—an extremely reserved girl—for quite some time now, sixteen-year-old Yuuki Hase finally gets the courage to ask her if she would like to be friends with him. However, to his dismay, he faces the same rejection that everyone else gets when they try to approach the girl. He later discovers that she eats lunch all by herself on the rooftop and to know her better, he starts meeting her during lunch break. With time, she begins opening up with him and starts telling him all about herself. But again, as the week comes to an, she takes a step back and pushes him away from her.

Yuuki starts noticing a pattern here and realizes that at the end of every week, she tends to lose all of her memories and forgets all about her past week. The girl who was once one of the most popular kids in school now keeps away from everyone to make sure that she does not hurt anyone. Yuuki really empathizes with her condition and with every new week, he approaches her again and tries to be her friend, because he knows that as much as she might try to push him away, she really wants a friend.

Kaori is the female protagonist of the series who always keeps to herself and has absolutely no friends. Her seclusion from the world around her is attributed to her choric memory loss, which was caused by a very brutal accident. When Yuuki tries to be her friend, she tries her best to resist his advances but is later forced to give in when he does not fall back. She then warms up to him and the two of them become really close friends.

Despite her cold and withdrawn facade towards the world around her, deep inside she, too, wants to have friends. But she fears that because of her memory loss, she will end up hurting people sooner or later. After befriending Yuuki, she finally makes an attempt to break out of her shell and to her surprise, many of her classmates understand her problems. With this, she also starts showing some remarkable improvement in other aspects of her life and even turns out to be really good at mathematics.

Yuuki Hase is the main character of the series who notices that Kaori spends all of her time alone. His curiosity gets the best of him one day and he finally decides to ask her if she would like to be his friend. Though she rejects him the first time, he does not give up tries to know her better. When he realizes that she suffers from chronic amnesia, he does his best to make her life easier. He helps her get new friends and all of this eventually reflects on every other aspect of her life as well.