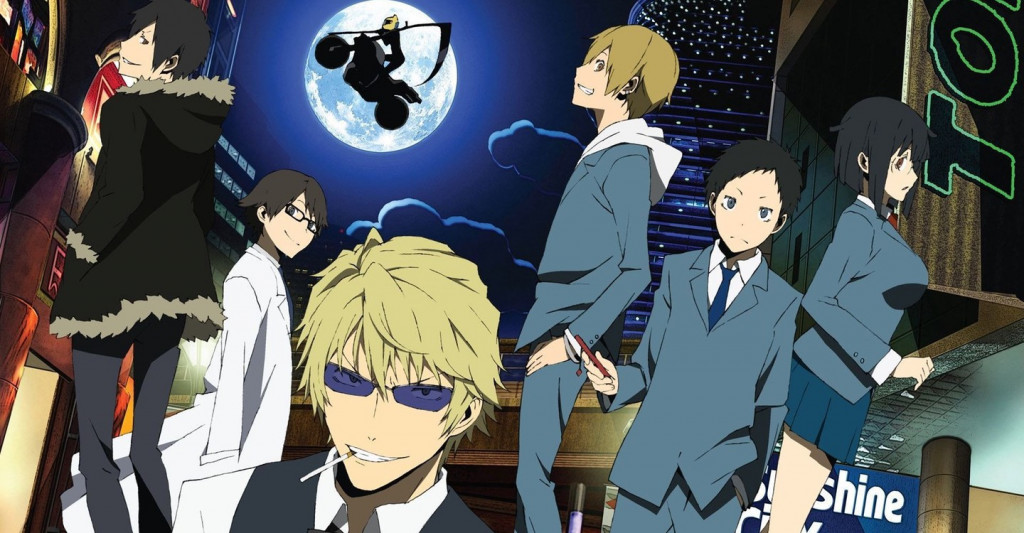 ‘Durarara!’ first came out in the year 2010 and has, over the years, developed a strong cult following among anime lovers. It has gone on to become one of the most recognizable anime names not just in Japan but in the West as well. You might also be wondering why the title is so bizarre. Maybe it just sounds really nice when you say it out loud, something like “Baccano!” or maybe the reason why it has been named so strangely is to lure curious folks like us. Well, it clearly worked because we are here talking about it. After gaining immense success, it becomes quite obvious that the show is not coming to an end anytime soon.

Unlike most other anime that have a linear form of storytelling, ‘Durarara!’ takes a slightly different approach which surely would’ve been really taxing for the creators. It takes a vantage point approach towards portraying the storyline, which basically means that what we see is not just confined to the POV of one character; it boils down to the POV of many different characters for one particular situation. Everything in the anime unfolds this way, giving you some grave details of each and every occurrence. Even for an anime, this kind of narrative is something very unique but does it really work in favor of the show? It does, in certain places. This unique narrative style allows the anime to unfold in ways no other anime ever has. It also allows it to go much deeper than your typical linear narrative.

However, the biggest downfall of the narrative style is that it makes the entire pacing extremely sluggish. There seems to be absolutely no plot progression at times because the anime is just stuck in creating various POVs on one given situation. The constant back and forth between the POVs even hampers the growth of the characters. This is when you start wondering if the debate that claims that ‘Baccano‘ is a better anime than ‘Durarara’ might actually hold some credit. This is because in spite of having a very similar narrative, ‘Baccano’ never outstays its welcome and just manages to get away with its similar draggy pacing.

Don’t get me wrong here. I’m no way suggesting that ‘Durarara’ is a bad anime. It’s certainly worth watching and may even qualify as one of the best, according to some. But it’s just that it takes the whole vantage point concept a bit too far or maybe that’s just my opinion. It’s the kind of show that can produce divisive reviews and that’s the reason why it has been sparking debates even today. But regardless of everything, it’s the kind of anime that everyone should at least give one try because of its unique and quirky ways of storytelling. The ones who have already been through this bittersweet journey will know that there is something strangely alluring about it apart from the name, obviously. So if you are anticipating a new third season of this anime, then you might just want to scroll down further to know more about it.

Durarara X3 Release Date: When will it premiere?

‘Durarara’ season 1 premiered on January 8, 2010. Then almost five years later ‘Durarara!! x2’ was released, which has only 12 episodes in contrast to the 24 episodes of the first one. So far, there have just been rumors about the next season, out of which, most seem to inaccurately predict the exact date of the anime’s new season. But there was a gap between the first and the second season, so if the same pattern holds true, then we could see ‘Durarara’ season 3 release sometime in 2021. We will update this section as soon as we hear more.

The English Dubbed version of ‘Durarara!’ Season 1 and 2 can be streamed on Netflix and Crunchyroll.

A strange urban legend lurks around the streets of downtown Tokyo. The existence of the headless “Black Rider” is considered to be a lucky sight for some while others fear that this may just be a bad omen. Mikado Ryuugamine belongs to the former group and his joy knows no bounds when he gets to see the black rider on her pitch-black bike, riding along the streets of Ikebukuro. But everything soon changes when the city is gripped with a series of supernatural occurrences that force them to seek cover and abandon their homes that were once considered to be safe.

The second season picks up where the first season has left off and now portrays the city of Ikebukuro where peace has been restored. But the sight of the headless biker is still quite a common occurrence and the only difference is that now everyone knows that she actually exists. She has a huge bounty on her now, which encourages all gang members of the city to look for her. Mikado is approached by a strange man who claims to know his true identity.

But Mikado’s happiness is as short-lived as the last time and now a new threat drowns the city in the same previous state of grimness and chaos. A murderer, who goes by the pseudonym “Hollywood” and wears a different mask every time he kills someone new, seems to be lurking around. All these strange occurrences again seem to have a deep underlying connection and it’s on Mikado to unravel these mysteries by looking for hidden pieces of this puzzle before it’s too late. The last part of season 2 shows Mikado on a hospital bed which could indirectly be some sort of a cliffhanger for the next season. Even if it isn’t, then we sure as hell want to know what happens to him next. So let’s just keep our fingers crossed and hope that a new season is on its way sometime soon. 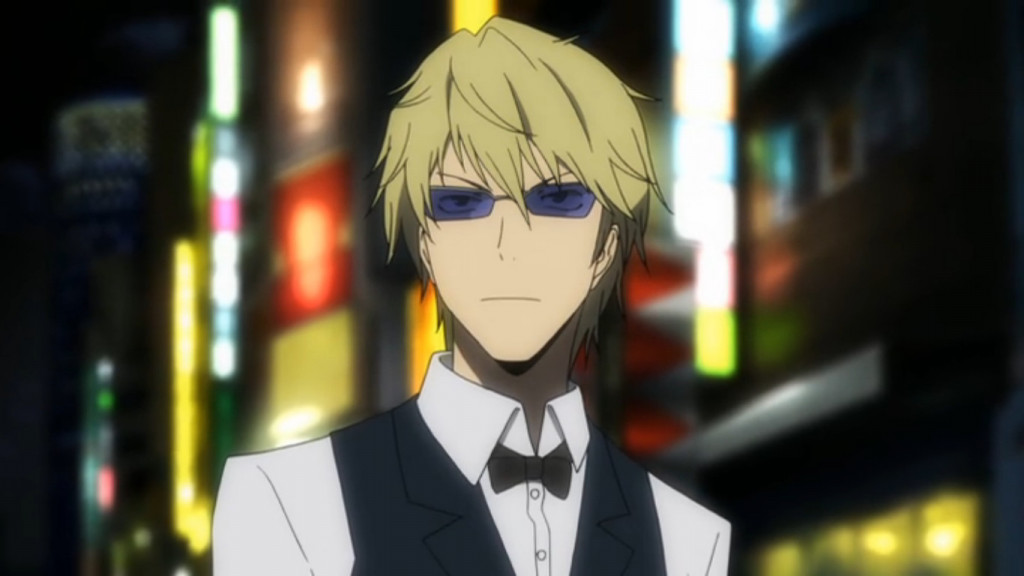 Shizuo walks around sporting blue colored sunglasses and a white bartender’s suit at all times. He’s often found saying that he hates violence but contrary to that, he has a very light fuse and takes almost nothing to piss him off. He usually appears as a calm and not so talkative character but when he is triggered to fight, he becomes very difficult to handle. He is one of the strongest characters in the series and is someone most people wouldn’t want to mess with. His strength has been described as something that most humans can only achieve if they have a spurge of adrenaline running through their veins. 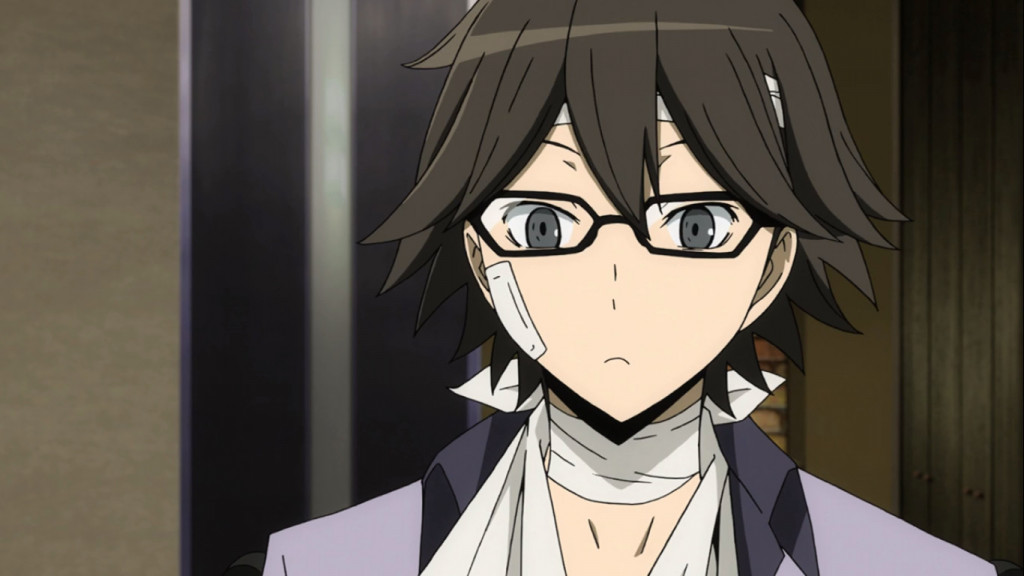 Shinra Kishitani is Celty’s lover and also a young underground doctor. Shinra’s father was also a doctor once upon a time and they would together perform surgeries, one of which is the autopsy of Celty. As a doctor, Shinra is drawn towards the strange things human bodies are capable of and has always been curious to know more about how Shizou is able to achieve such superhuman feats of strength. Even the healing powers of Celty have always fascinated him. 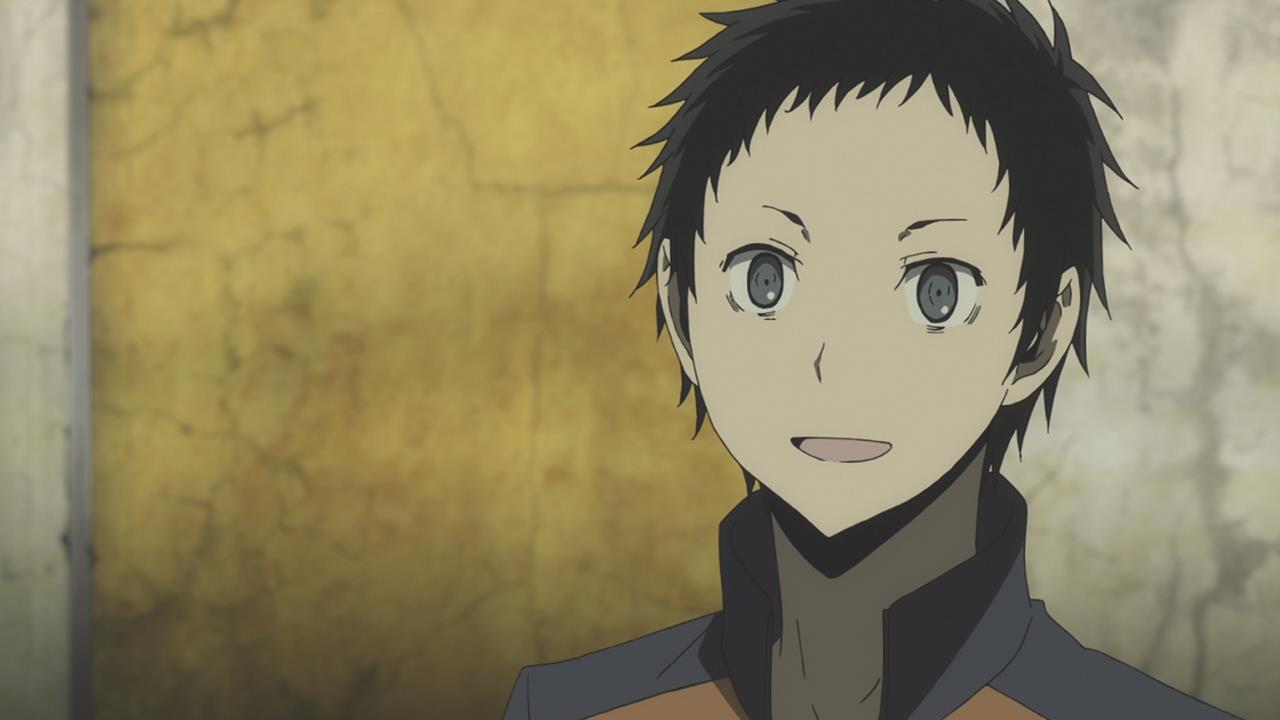 Mikado is the primary male protagonist of the series, who has a small stature compared to most of his peers. He has a fascination with supernatural beings and creatures, and this inspires him to move to a new city. His friend Masaomi swears that the city of Ikebukuro has many strange supernatural occurrences that are worth checking out and all of this turns out to be true when Mikado, on his first day in the new city, spots the Headless Black Rider. Mikado seems like a nice person who is just curious about the things around him and the main reason why Masaomi likes him is because he speaks his mind and never holds anything back. But his darker side is revealed much later in the series.