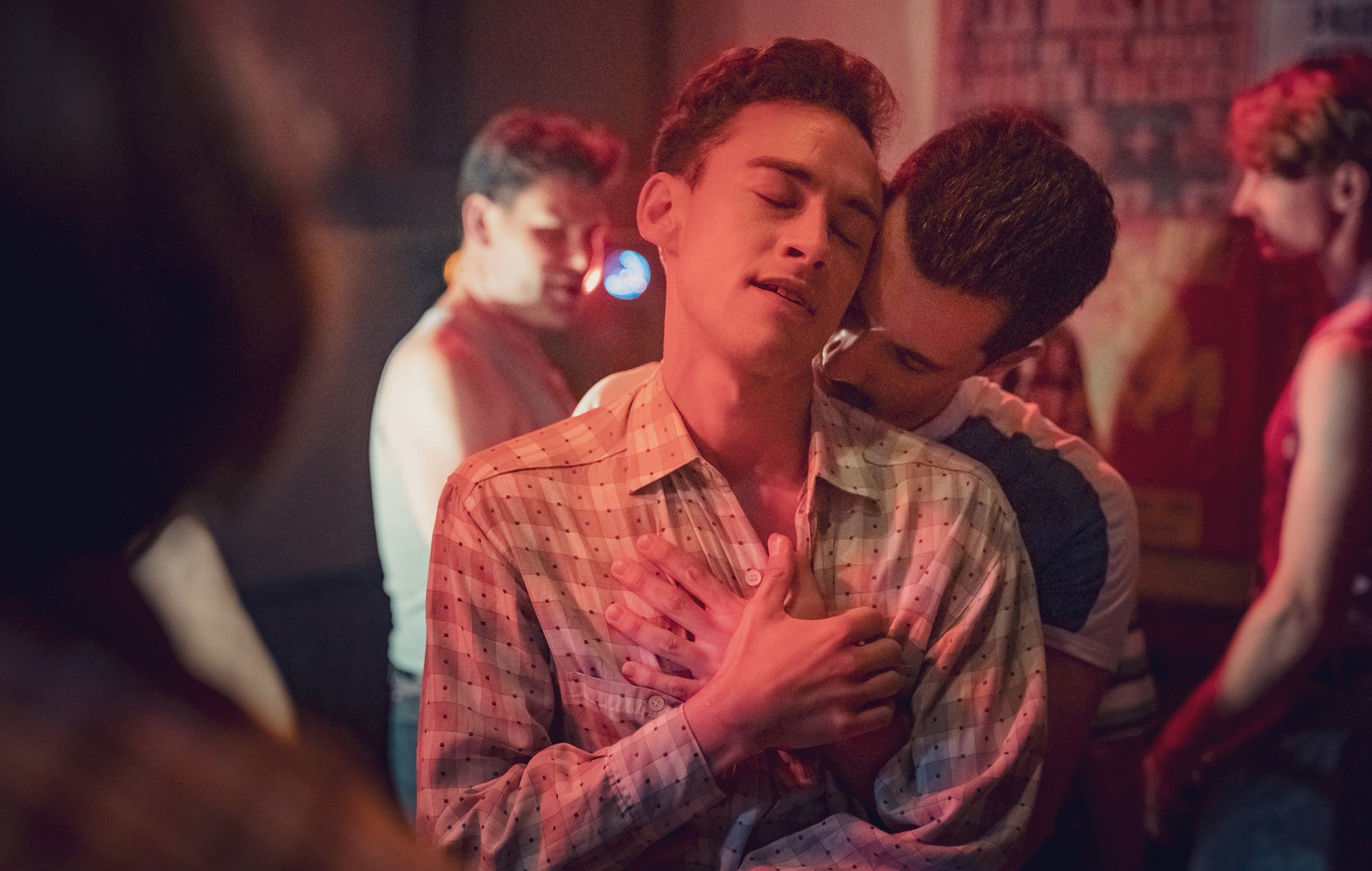 The portrayal of the LGBTQ+ community in mainstream media has always been a hotly debated topic, and many TV shows don’t manage to overcome the stereotypes that have rendered inaccurate depictions of the community for far too long. Channel 4’s ‘It’s a Sin’ is a British drama limited series that aspires to crush these stereotypes and wholeheartedly embrace the sexuality of its core ensemble of characters.

It tells the story of a close-knitted group of gay men and their friends who live their lives to the fullest amidst an HIV/AIDS pandemic in 1980s London. Created by Russell T Davies, who has proved himself as a progressive storyteller, the series sheds light on the struggles of its characters. The series is unflinching and relentless, just like its characters, and features some heart-breaking moments in the final episode, leaving plenty to reflect upon. SPOILERS AHEAD.

In 1981, Ritchie Tozer (Olly Alexander) moves to London to pursue a law degree. However, he quickly has a change of heart after meeting Jill (Lydia West) and decides to switch his classes from law to drama. His parents are not happy with his decision. Jill introduces Ritchie to the flamboyant Ash (Nathaniel Curtis), and the duo hits it off, but Ash turns down Ritchie. Elsewhere, Roscoe (Omari Douglas) runs away from home because of his family’s disdain towards his sexuality. 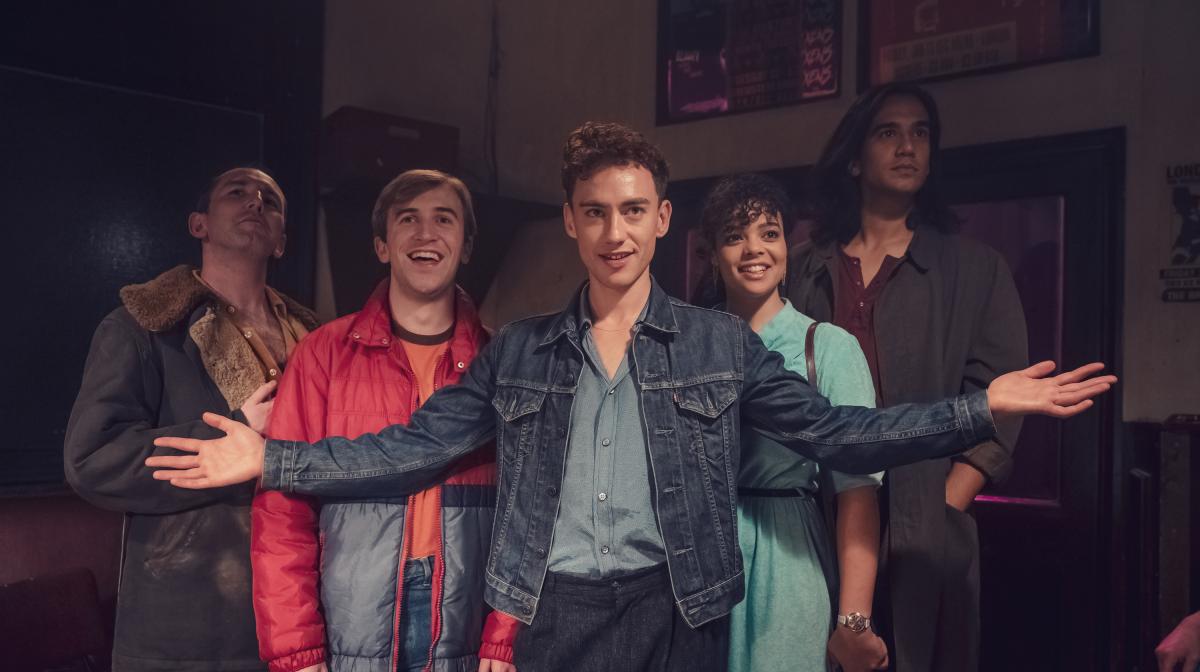 Colin Jones (Callum Scott Howells) has moved to London to work at a Savile Row tailor as a sales apprentice. Far away from his home in Wales, he is comforted by his colleague Henry Coltrane (Neil Patrick Harris). After some time, Coltrane falls sick and dies of cancer. Soon, the group meets the shy Colin at a bar and befriends him. They discuss their dreams and aspirations and develop a familial bond.

The group’s joyful and fun-loving lifestyle is rattled by the outbreak of an AIDS pandemic. However, Ritchie, Ash, and Roscoe live in denial of the virus despite the awareness raised by activists. The trio continues to engage in a series of hookups and one-night stands with men. After an old friend, Gregory, suffering from AIDS, passes away, Jill volunteers as an AIDS activist and tries to stop the boys from having casual sex.

Colin is diagnosed with AIDS, and the group is forced to confront the reality and rethink their actions. Colin’s death prompts his close friends to test for HIV. Ash and Roscoe test negative, while Ritchie’s result turns out positive. Ritchie goes to his hometown but is unable to confide in his parents, who are unaware their son is gay. Amidst mistreatment of AIDS patients, lack of medical awareness about the disease, and protests against pharmaceutical companies, Ritchie moves back to London, determined to fight the disease.

It’s a Sin Season 1 Ending: What Happens to Ritchie?

When we first meet him, Ritchie is a closeted teenager who moves from the small town of Isle of Wight to London, and after facing rejection at the hands of Ash, falls headfirst into the gay scene. He enjoys casual sex and dreams of becoming an actor. His parents are not happy with his decision to pursue acting. As a result of his casual hook-ups, he contracts HIV. He and his friends fear the worst. 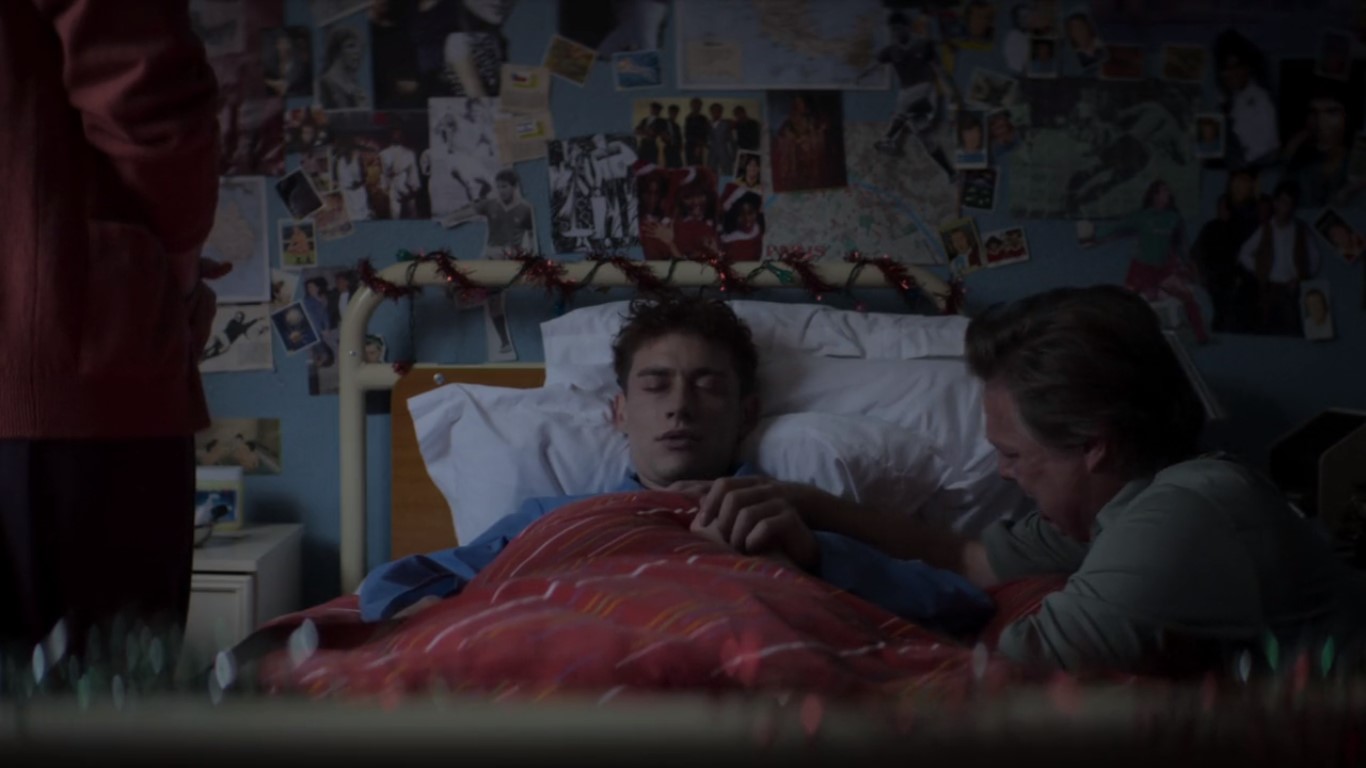 The final episode opens in 1988. Ritchie is performing at a theatre with his parents and friends in attendance. They cheer and applaud him for his performance. His parents have accepted his career and are happy to see their son make a name for him in the field of his choice. We then jump forward to 1991; Ritchie’s condition has worsened due to the virus. He is diagnosed with lymphoma and moved to a hospital.

He is still hiding the truth about his sexuality and the fact that he has AIDS from his parents. His parents arrive, and after a few contentious arguments, they take Ritchie back to the Isle of Wight. Ritchie’s mother, Valerie (Keeley Hawes), is still in denial over his sexuality and blames Jill and her friends for his condition. She forbids him from talking to them or seeing them. Shortly after returning home, Ritchie passes away.

Why Does Ritchie Ask to See Jill?

Jill moves to Isle of Wight with Roscoe so that they can say their goodbyes to Ritchie. Valerie doesn’t allow them to do so. During his final moments, Ritchie expresses his displeasure over his parents keeping his condition a secret and reminisces about his sexual experiences. He tells his mom that he had a lot of fun and wants his life to be celebrated. When his mom fails to understand him, he asks to see Jill. Valerie caves in and meets with Jill in the morning. She reveals Ritchie asked to see Jill but passed away later that afternoon. 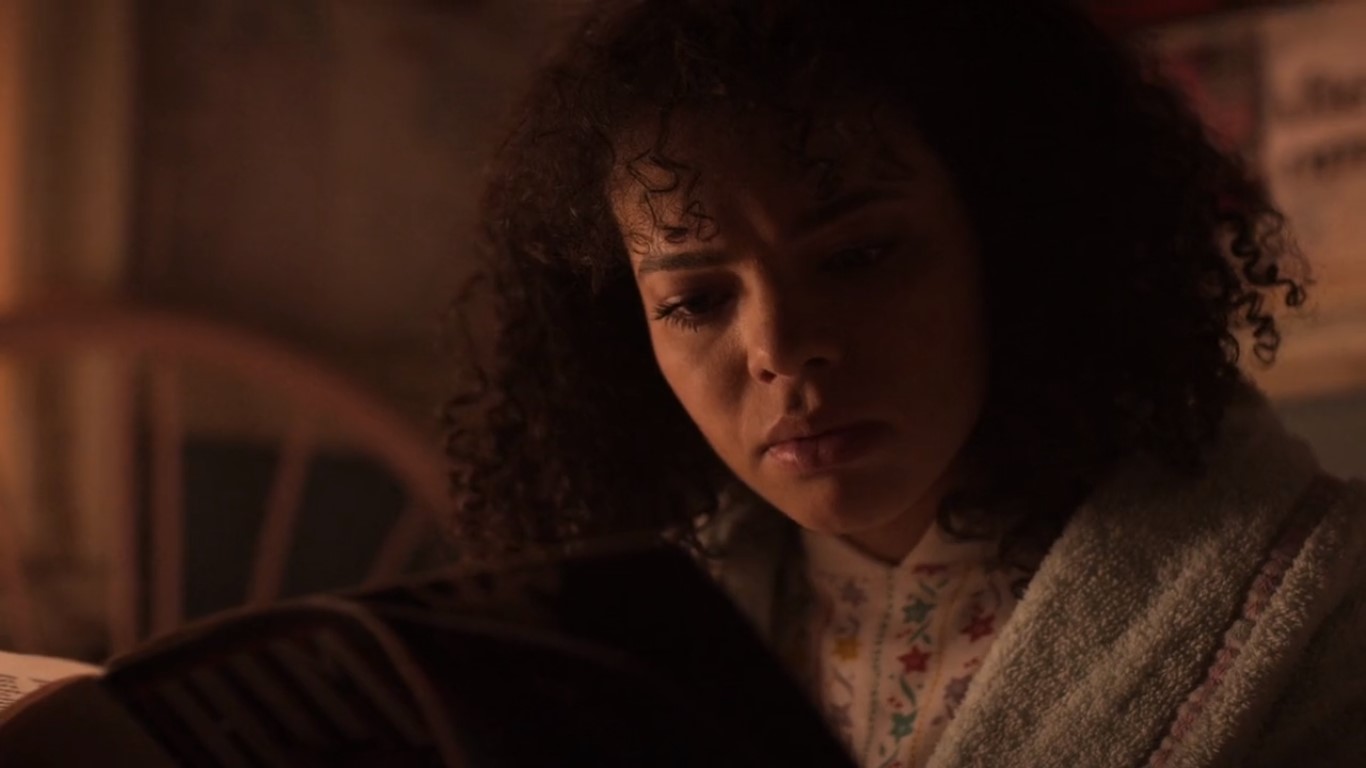 At first glance, it feels like Ritchie wants to see his close friend in his final moments. But the placement of the scene and the preceding dialog suggests there is more to Ritchie’s request. Throughout the series, Jill becomes a sort of surrogate mother to the group. When Ritchie falls sick, she is constantly by his side and takes care of him.

Despite being the only female and straight person in the group, she understands the struggles of being gay. Ritchie receives the love and acceptance he wanted from his mother through Jill. On the other hand, his mother was always delusional about his sexuality and lived in denial rather than accept that he is gay. Therefore, when his mother fails to understand what he feels, he seeks to meet Jill.

How Does Ritchie’s Death Impact His Friends?

Ritchie is close to his friends, and the group is like a family. Naturally, they are devastated to learn the news of his death. The final episode focuses a lot on Ritchie and his family. However, the episode subtly shows how his death affects his friends. When Ritchie is taken to the hospital and diagnosed with lymphoma, an impending sense of doom overcomes his friends. Ash is the first to address this and finally confesses his feelings for Ritchie. 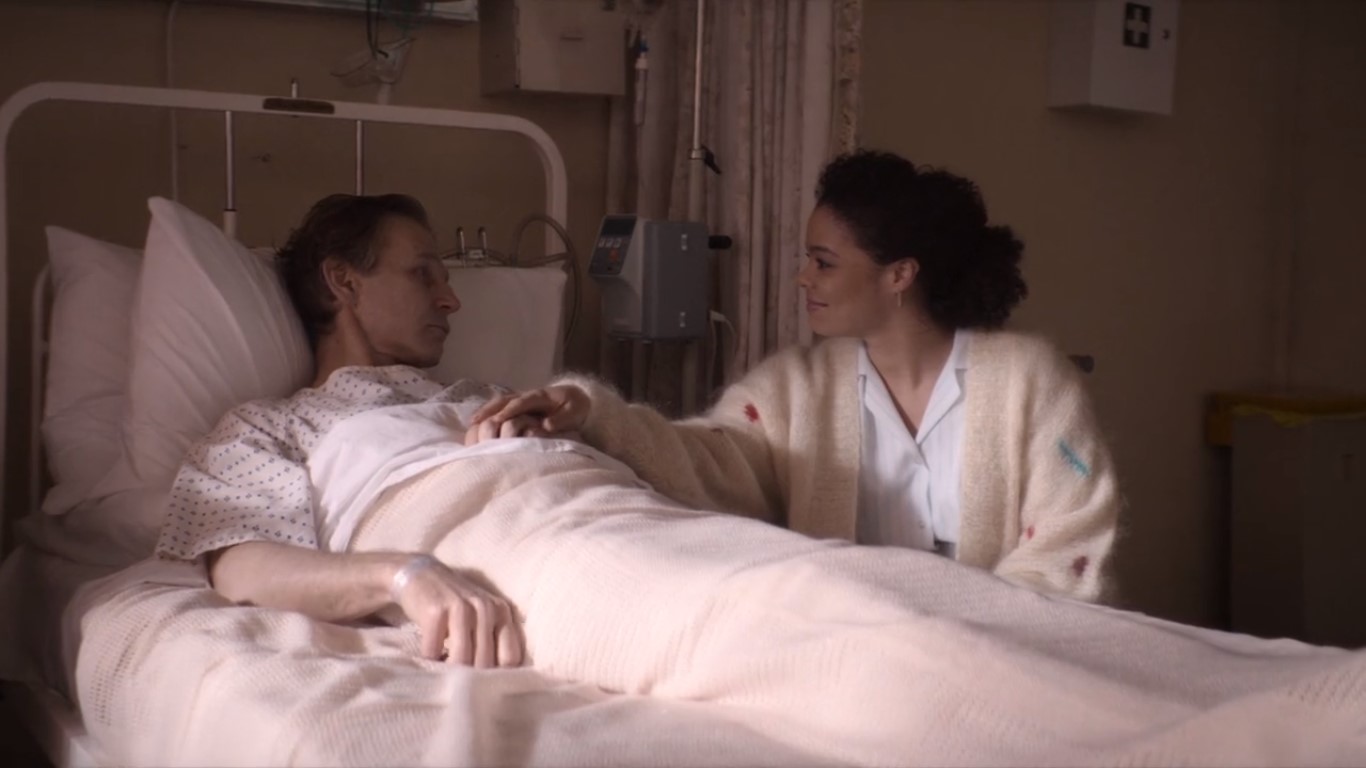 They share a brief conversation, which hints that their feelings are mutual. Ritchie has seemingly changed Ash’s perspective, and although he has a lot of grief to deal with, he is sure to move on from his life of casual hook-ups and seek a meaningful relationship. At the hospital, Roscoe runs into his father, a conservative catholic. His father seeks forgiveness for mistreating his son over his sexuality, but we cut away before seeing Roscoe’s response. In the last few moments of the episode, Roscoe returns to his family. We can concur that Ritchie’s death has prompted him to forgive his family.

Lastly, Jill is deeply affected after she learns Ritchie died alone and there was no one by his side. Towards the end, we see her go to the hospital and comfort a lonely patient suffering from AIDS. It can be interpreted that Jill wanted to make sure no one suffers the same fate as her friend. She doesn’t want another patient to die alone while feeling ashamed. She is likely to continue her activism and raise awareness about AIDS.

The finale does a brilliant job of concluding all the conflicts and brings the journey of all the characters to a fitting end. The final episode is emotional and heart-breaking. By showing Ritchie’s death off-screen, the show avoids creating a clichéd conclusion and instead focuses on the after-effects of his death. In a poignant scene that depicts Valerie break the news of Ritchie’s death to Jill, we get to see a tense summary of Ritchie’s struggles through Jill’s perspective. 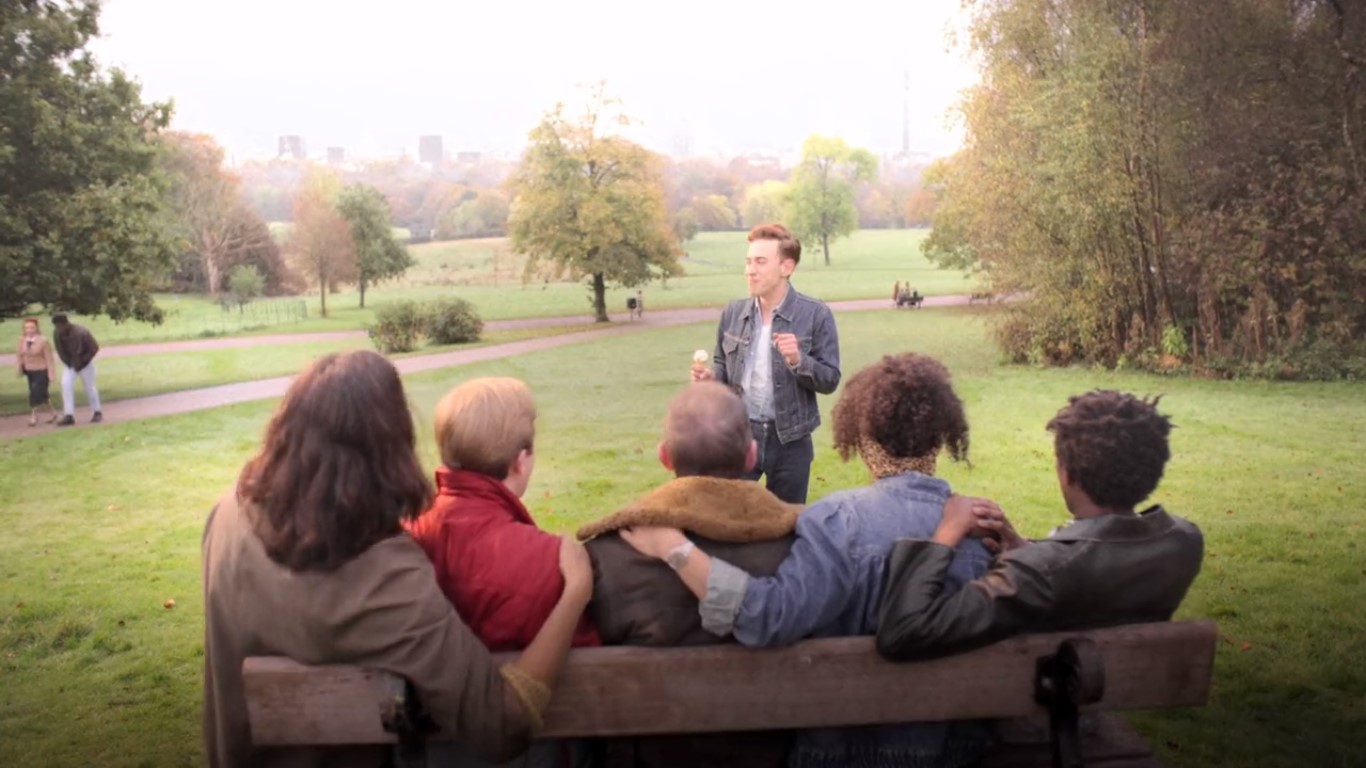 This scene is beautifully crafted and is set against the backdrop of a quiet beach.  Jill accuses Valerie of creating a loveless home environment for Ritchie and not accepting her son for who he is. This left a void and feeling of shame deep in Ritchie’s heart that he tried to deal with by having casual sex with countless men.

Jill walks away, and as the tides crash against the sandy shore, the realization hits Valerie – it was her fault. Her inability to see her son for who he is and accepting him set him on a path that led him to his death. The scene is tragic and emotionally resonant. It makes us rethink Ritchie’s actions and retrace his steps to figure out if Valerie is actually at fault. The answers may differ from person to person, but the scene is thought-provoking.

The final scene depicts the entire group enjoying Ritchie perform for them at a park. They are enjoying each other’s company and having fun. The scene reminds us that despite the heart-breaking fate of Ritchie, the series is a celebration of being your true self and also life. This is also echoed by Ritchie in his last moments. Through all their struggles and losses, the group of friends are unapologetically true to themselves and never stop celebrating life.