Who Was Ivan the Terrible? 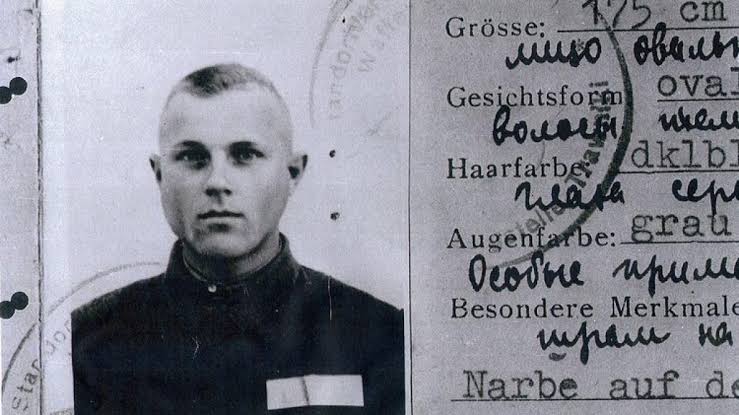 In Russian, Groznyy is the word used to describe someone formidable, someone, who incites fear because of their power. In English, it translates to “terrible”, which, considering the evolution of the term over the years, might not be a suitable interpretation. Meanings have a habit of getting lost in translation, and sometimes, they shroud the true character of something. For example, Ivan IV, the first Tsar of Russia, brought about a wave of changes in Russia.

Yes, there were some blunders in his reign; yes, he did have anger issues and might have killed a person or two, but kings worse than him have occupied the throne, before and since. So, why exactly he was called Groznyy, i.e., Terrible, has some contention amongst historians. However, the same divisiveness doesn’t come into play while discussing the life and crimes of Ivan Marchenko, the most terrible of all.

Netflix’s true-crime docuseries, ‘The Devil Next Door‘ focuses on the trial of a man named John Demjanjuk who was tried on the grounds of being identified as “Ivan the Terrible”. Eleven survivors who had witnessed his atrocities came forward to confirm that the right man had been caught. You can watch the documentary on Netflix, but if you want to know what makes this Ivan so terrible and more importantly, who was the real Ivan the Terrible?

While the First World War showed human’s capability for disaster and bloodshed, it was the Second World War that allowed everyone to show their true colours. Who you are and what you did in those six years? This is the question that became the defining thing for the people who survived that hell. This is the question that their children and their grandchildren would ask them. How should you be remembered: as a hero or a villain? It is understandable that people had to do whatever they could to survive in those times, that they had to shed the blood for their country, they had to follow orders. But there are some rules that you have to follow, even in war, because of your own human decency. But people like Ivan Marchenko don’t believe in these rules.

The Holocaust claimed the lives of at least six million Jews, not counting the other persecutions. The idea was conceived by Hitler, the plan was laid out by his goons, but the responsibility to carry out these actions fell on the foot soldiers of the Nazi army. The people who were supposed to serve as guards and overseers of concentration camps were trained at places like the Trawniki concentration camp. In the last phases of The Final Solution, camps like Auschwitz, Treblinka, Sobibor and Belzec were used exclusively to massacre people. Trains full of Jews would arrive at the camps, and within hours most of them would be dead. Those who weren’t killed would be used as slave labour in the camps, to get rid of the bodies of fellow Jews.

What Did Ivan the Terrible Do?

With the estimate of 700,00 to 900,000 victims, Treblinka camp is second only to Auschwitz when it comes to being a killing machine. It was here that Ivan Marchenko was stationed. His job was to operate the engines, the exhaust fumes of which were used for the gas chambers. He would also make sure that everyone got inside the chambers, and that none of them came out alive. Now, Ivan wasn’t the only one to have done this job. With the camps spread throughout Germany, Poland and other Nazi-occupied regions at the time, a great number of people were involved in this. Some were even forced to take this job because if they refused, they would be killed and someone else would do it. This is also why a number of Jewish inmates, termed Kapos, were also forced to serve in the camps in form or another.

Amidst this already unforgiving situation, there was no need for the guards to do any worse. But Ivan thought, choking people to death wasn’t enough. The reason he got the moniker of Ivan the Terrible is because he truly was terrible. Much isn’t known about his life before the war, or after it (not with certainty), but what he did in Treblinka is the stuff the worst nightmares are made of. He is believed to have been of Ukrainian descent, because of his prevalent use of language, and also because Ukrainian prisoners of war would often volunteer as guards for the camps. The prisoners described him to have been around 25 years of age, with a distinctive scar running down his neck. Though it wasn’t what he looked like, rather what he did that got him a reputation.

As soon as the prisoners were brought to the camp, he would start torturing them. He would cut off their ears and noses, gouge out their eyes; and those weren’t the only body parts he would slice off. The injured people were forced to work even with the blood dripping out of them. Another act he quite often made use of while pushing the scared Jews forward was to poke at them, and with the flesh hanging out of their bodies, they would walk towards their death. He is known to have killed people with carpenter’s drill; he is known to have killed children, even infants; he is known to have come up with crueler ways than a gas chamber to torture and kill Jews.

Ivan the Terrible Death or Not?

His sadism made him the most feared guard in Treblinka, and he has been routinely referred to as the worst of them by the survivors. During the uprising at Treblinka, he was believed to have perished, but his true fate is shrouded in mystery. He was rumoured to have gone underground and it was reported by one of his fellow guards that he might have fled to Yugoslavia. After the capture of John Demjanjuk, it is believed that Ivan the Terrible had finally been identified and would answer for his crimes. But even that issue remains unresolved.

Read More: Will There be a The Devil Next Door season 2?