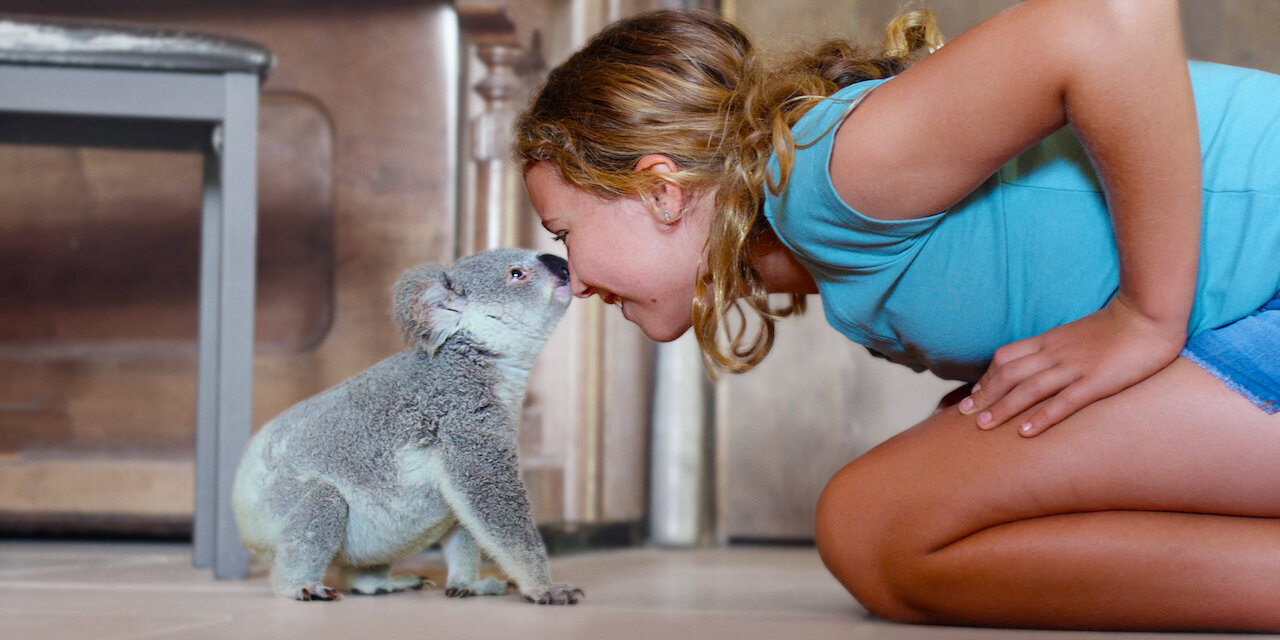 Netflix’s ‘Izzy’s Koala World’ is a documentary series that follows a young girl named Isabella Rose Bee AKA Izzy and her family as they rescue and nurse Koalas till they are fit enough to go back into their natural habitat. The series also showcases the extraordinary bond shared between the Koalas and Izzy, who is also known as the “Koala Whisperer.” Some of Izzy’s fuzzy friends are Chompy, Juliet, Pumpkin, Twinkle, Storm Boy, and Leia, named after Izzy’s favorite ‘Star Wars’ character, Princess Leia.

While the 12-year-old’s parents provide medical assistance to the injured animals, Izzy tries her best to shower the orphaned and lonely tree-dwelling marsupials with all her love and warm cuddles. Apart from the heartwarming and lighthearted content of the series, many have also expressed their delight at the beauty of the animal sanctuary. If you are one of them, you must be wondering: Where is ‘Izzy’s Koala World’ located? Well, we have got you covered!

Koalas are herbivorous mammals who are mostly found in the woodlands of Australia. The cute and adorable thick-haired animals are known for their sedentary lifestyle, as they sleep between 18-22 hours during the day and spend most of their lives on trees. However, since 2012, a threat of extinction has been looming over the Koala population due to the harmful impact of climate change, wildfires, and other calamities. If you haven’t guessed by now, let us tell you that Australia serves as the filming site for the animal-centric docu-series. Here is the exact location where the show is shot!

The Izzy’s Koala World is entirely filmed at Magnetic Island Koala Hospital, a rescue and rehabilitation facility run by Izzy’s parents – Dr. Alison Bee and Tim Bee. The charitable facility is located at Horseshoe Bay, Magnetic Island, in North Queensland, off the east coast of Australia. As the family lives on location, they are always open to taking in the injured, sick, and lost Koalas, which they find on the mainland’s eastern and southern regions.

During filming, the production team follows the couple and their daughter as they rescue and care for all the bucks, does, and joeys they find in the wild. It puts the spotlight on Izzy, as she feeds eucalyptus leaves to satiate the appetite of her furry friends and also tracks their progress, while the wild animals remain under their care in the hospital. Along with the joyous moments, the camera crew also captures the scenes wherein Izzy’s veterinarian mother performs urgent medical operations on Izzy’s Koala buddies.

Once the Koalas are recovered in the sanctuary, they are let back into the wild, where they belong. Through the series, the family aims to put their Koala rehabilitation center on a broader map, so that people can reach out to them whenever they spot a Koala bear in need of help. It also increases their chances of gathering funds for the proper functioning of the sustainable project.