J Chong: Where is The Big Brunch Chef Now? 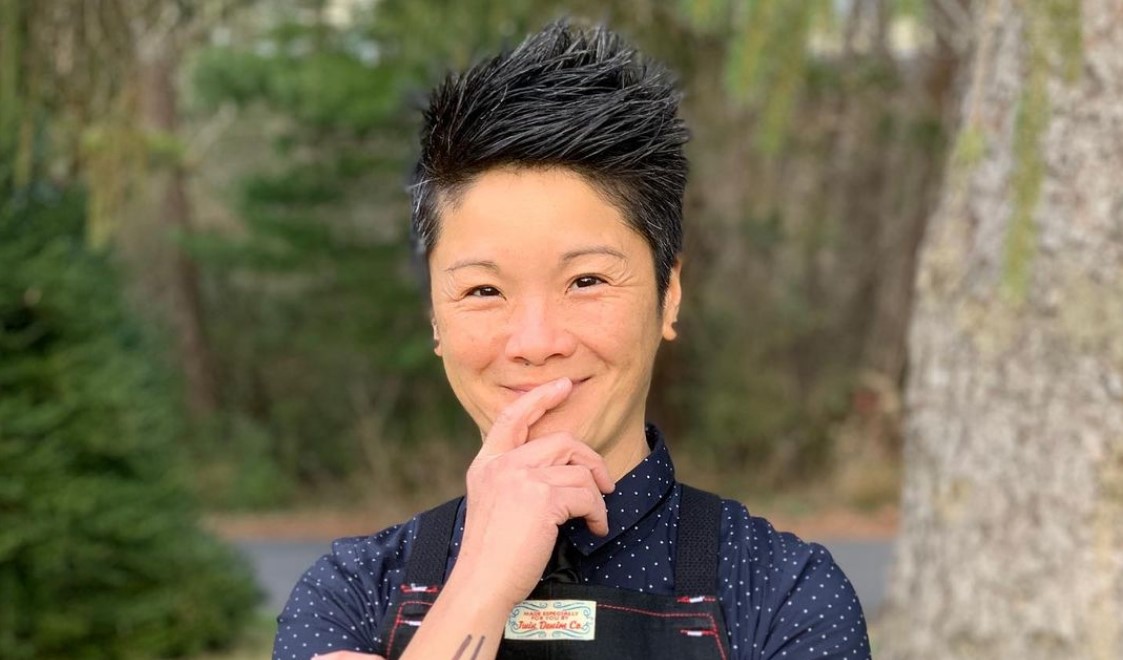 HBO Max’s ‘The Big Brunch’ is an interesting competitive cooking reality show that brings together top talent from the culinary industry before having them undergo several challenges that test their mettle, skill, and technique. While the challenges get more and more difficult as the season progresses, a single contestant is eliminated after every episode. Eventually, the last chef remaining is crowned the winner and awarded a significant prize money.

Season 1 of ‘The Big Brunch’ introduced Chef J Chong from Asheville, North Carolina, who won everyone over with her charming and cheerful personality. She wowed the judges with her talent and whipped up one incredible dish after another. Nevertheless, with the cameras now turned away, fans are curious to find out where Chef Chong is at present. Well, let’s find out, shall we?

Hailing from Asheville, North Carolina, Chef J Chong is known for her expertise in Cantonese cuisine. Readers will be interested to know that Chong was born and brought up in a close-knit Cantonese-speaking Chinese family in Toronto, Ontario, and was involved with the city’s Cantonese community from a young age. Being traditional Cantonese people, her parents often prepared special dishes during festivals and occasions, which made Chong fall in love with cooking in the first place. The chef mentioned how the Chinese New Year would be a massive occasion in her family, often celebrated for over fifteen days, where close ones would gather around a table heaped with a traditional Cantonese feast. Growing up, she realized that being a chef was her true calling and was determined to turn her passion into a living. However, being Cantonese by heart, she allowed her culture to affect her cooking and made quite a name for herself in the industry.

While on the show, Chef J Chong claimed she was there to do her best and test her skills against top talents in the culinary industry. While the judges were impressed by her attitude, Chong soon proved she was up for the challenge, wowing the judges with her talent, technique, precision, and confidence. In fact, the Asheville-based chef was announced as the winner of the first challenge, which automatically saved her from elimination. Unfortunately, Chong’s performance dipped a bit in the second challenge, and she was disappointed at not being able to find a place at the top. However, determined to give it her all, Chong bounced back in the third episode and seemed to be a promising contestant in the fight for the title.

Where Is Chef J Chong Now?

Chef Chong was grateful to be a part of ‘The Big Brunch,’ and mentioned that the competition brought out the best in her. She even encouraged others to watch the show and said, “I encourage people to watch. I think it will change people’s lives, in a sense. I think it will empower people to be kind and loving and supportive and try to be more active in their communities. We can all continue to share more knowledge and spread more love and I think that’s how this show will be.” Besides, reports claim she even hosted a viewing party on November 11, 2022, at New Belgium Brewing in Asheville, North Carolina.

Currently, Chef J Chong resides in Asheville, North Carolina, and although she doesn’t own a permanent restaurant, she designs and runs Cantonese pop-up restaurants, which are pretty popular in the region. Her traditional Cantonese cuisine has earned many accolades from all parts of the United States, and most of her pop-up projects get sold out months before the due date. Besides, apart from her expertise as a chef, Chong is also an advocate for the LGBTQ+ community, and we wish her the very best for the years to come.