When Will Jack Ryan Season 2 Premiere on Amazon Prime? 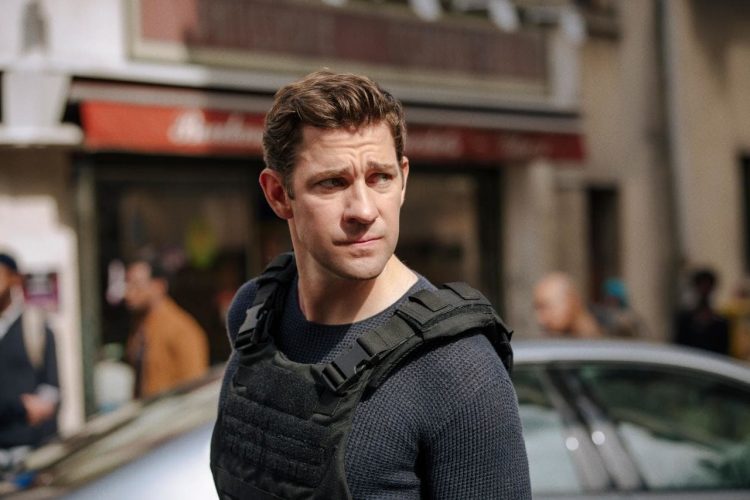 ‘Tom Clancy’s Jack Ryan’ is the latest addition to what fans popularly call the Ryanverse. The series is an American action political thriller web series that airs on Amazon Prime. It first premiered on August 31, 2018 and has been created by Carlton Cuse and Graham Roland. For those unaware, the Ryanverse is the universe created by Tom Clancy in his books, many of which later went on to be made into movies. A word for the gamers here. Clancy might be a novelist specializing in espionage stories, but his works have inspired several major games series like ‘Splinter Cell’, ‘Rainbow Six’, and ‘Ghost Recon’.

Anyhow, coming back to the Ryanverse, ‘The Hunt for Red October’ was the first book to feature Jack Ryan. It was also made into a film where Alec Baldwin played the role of Ryan. Since then, in films, the role has been played by acclaimed actors including Harrison Ford, known for his ‘Indiana Jones’ franchise, Ben Affleck, and Chris Pine. Thus when Jon Krasinski stepped up to play this role, he was already among a very respected company. For his own part, Krasinski has been doing rather amazingly himself, having helmed and acted in the surprise hit, ‘A Quiet Place’.

As it is evident, a lot of hard work went into the making of the show, and fans took an immense liking to it, due to its plot and performances. Critics too heaped praise on the show, saying that the progress was intense as were the action sequences, but noted that the predecessors of the series were richer in a geopolitical sense.

Soon after the first, the show was renewed for a second season. Here’s everything we know about Jack Ryan season 2.

Jack Ryan Cast: Who is in it?

The cast of ‘Tom Clancy’s Jack Ryan’ is led by John Krasinski in the titular role of Jack Ryan, a financial analyst working with the CIA, as part of the Terror, Finance, and Arms Division (T-FAD), which belongs to the  Counterterrorism Center (CTC). Krasinski drew inspiration from Ford’s roles in ‘Patriot Games’ and ‘Clear and Present Danger’. Executive producer and director, Daniel Sackheim said, “What was so great about the Harrison Ford movies was that they were about an everyman hero. He was a guy who wasn’t a superhero. He was heroic, but he was vulnerable. He wasn’t afraid to be scared. He was a regular man and a hero.”

Season 2 sees several new faces. These include Michael Kelly of ‘House of Cards’ fame, who appears in the role of Mike November, a proficient CIA field agent who works with Jack. Noomi Rapace of ‘Girl with the Dragon Tattoo’ fame plays Harriet “Harry” Baumann, a capable, charming and intelligent German agent who will cross paths with Ryan in South America. Jovan Adepo of ‘The Leftovers’ plays Marcus, who gets back in the intelligence game after being retired as a boat repairman.

Jordi Molla plays the role of Nicolas Reyes, the leader of the South American country who is powerful and charming, always a deadly combination. Cristina Umaña of ‘Narcos‘ appears as Gloria Bonalde, someone trying to balance her political career and motherhood, and Francisco Denis plays Ubarri, a senior government official in South America. Tom Wlaschiha, famous for playing Jaqen H’ghar or the faceless assassin on ‘Game of Thrones‘, also has an important part in the show. He plays the role of Max Schenkel, a foreign agent whose motives are unknown, but he comes across Ryan during his mission in South America. Things are bound to get interesting with so many fascinating characters involved.

Jack Ryan Plot: What is it about?

The series revolves around Jack Ryan, a CIA analyst, as he is wrenched from the security of his desk job into chasing an Islamic extremist. Over the seasons, Ryan tackles different crises. While we see him dismantle an Islamic terror cell in the first season, season 2 will have him confront “the forces in power in a dangerous, declining democratic regime in South America”.

What stands out in the show is the handling of villainy. We saw terrorism being portrayed as a tragedy rather than a one-sided crusade. Moreover, the sharp handling excludes excessive action that often undercut the story in espionage shows. This series exercises much more restraint in this regard, trying to portray the other characters equally well instead of getting caught up with the protagonist.

I keep coming back to what we have already seen, to form a basis of what the show is about. We have seen the series handle post 9/11 politics beautifully, instead of painting every middle eastern with the brush of a terrorist. ‘Jack Ryan’ does not waste any time in trying to get to the root of why people become radicalized, and try to understand whether the west may have a role to play after all in the rise of middle eastern terror. Unlike a lot of action movies, the major players in the game are not easily removed, and there is a struggle before some semblance of victory is achieved.

Jack Ryan Season 2 Release Date: When will it premiere?

‘Jack Ryan’ Season 2 is all set to premiere on November 1, 2019. The good news for the fans is that in February, 2019, Amazon renewed the show for a third season as well. So, while you enjoy the second season, remember the action is not going to over yet.

Check out the trailer of Season 2 below.