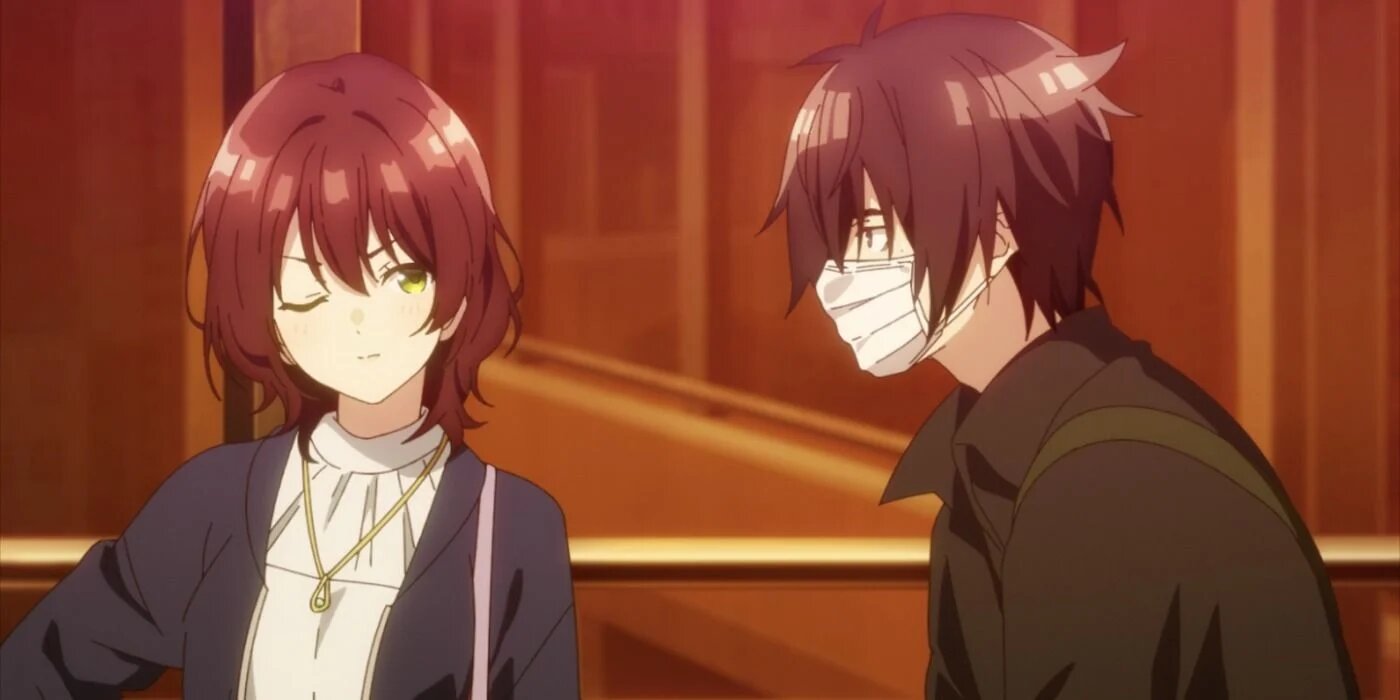 Based on a Japanese light novel series written by Yūki Yaku and illustrated by Fly, ‘Jaku-Chara Tomozaki-kun’ or ‘Bottom-tier Character Tomozaki’ is a slice-of-life romance anime show. The story revolves around popular and capable Aoi Hinami and gaming otaku Fumiya Tomozaki. Aoi is the type of person who likes to win in every aspect of her life. However, she keeps losing in the popular video game ‘Attack Families’ to a leaderboard-topping gamer known by the username “nanashi.” When she learns that nanashi is actually the quiet and reclusive Fumiya from her class, she decides to help him become more social and outgoing.

In the course of season 1, she convinces Fumiya that life is a god-tier game for the players who can appreciate it. Following the anime’s premiere, it has received mostly positive reviews, with critics praising its unconventional approach to depression, loneliness, and social anxiety. The first season has recently concluded airing. If you are wondering when season 2 will come out, here is what we know.

‘Jaku-Chara Tomozaki-kun’ season 1 premiered on January 8, 2021, and aired 12 episodes before concluding on March 26, 2021. Project No.9 Studios produced it, with Shinsuke Yanagi serving as the main director and Fumihiko Shimo as the main writer.

As for season 2, the producers haven’t released any statement on the subject yet. Winter 2021 has been one of the best seasons for anime release in recent years, with the premieres of shows like ‘Wonder Egg Priority,’ ‘SK8 the Infinity,’ and ‘Jaku-Chara Tomozaki-kun’s direct competitor ‘Horimiya.’ There is also the return of ‘RE: Zero,’ ‘Beastars,’ and ‘Attack on Titan.’ Despite this, ‘Jaku-Chara Tomozaki-kun’ has managed to find its own audience.

As with any other anime, it ultimately comes down to how popular the show is and whether that popularity merits a sequel. If the fans continue to respond to ‘Jaku-Chara Tomozaki-kun’ positively, then season 2 just might be on the horizon. However, we also need to consider that Project No.9 has not made a second season of any of their shows since their first production, ‘Ro-Kyu-Bu!’ So, if they announce the development of season 2, it will be an incredible exception to their own record. And if that happens within the next few months, expect ‘Jaku-Chara Tomozaki-kun’ season 2 to come out at some point in 2023.

In the season 1 finale, Fumiya seems to revert to his former reclusive self since his confrontation with Aoi. His sister notices this and berates him. He goes out on a date with Fuuka and reveals that he has been taking lessons to improve his social skills from someone. Their conversation convinces him that he needs to find a balance between being himself and the person he has been turning into with Aoi’s help. He and Aoi meet up, and after much back and forth, she agrees to continue to train him while he gets to refuse a task he doesn’t like. She subsequently instructs him to get a part-time job. As season 1 ends, Fumiya begins working for an establishment where Takahiro is also employed.

In season 2, the students of Sekitomo High School might return to their classes when the summer is done. Fumiya might continue to improve his social and communication skills with Aoi’s help while staying true to himself. A character is introduced in the finale, Narita, Fumiya’s senior at the workplace. Season 2 might focus on the dynamics between the two of them. Fumiya and Fuuka might continue dating. Aoi might give him tasks to help other students, including Hanabi and Erika.