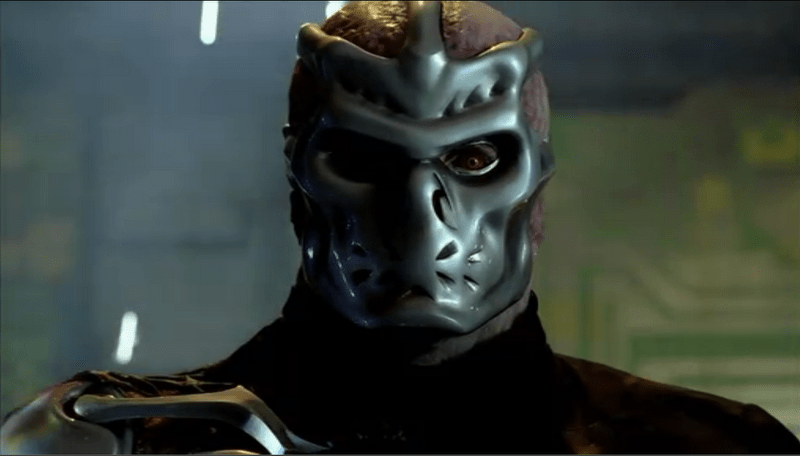 ‘Friday the 13th’ is one of the beloved film franchises in the slasher genre. The slasher film has spawned numerous sequel and spin-offs that preserve the myth of Jason Voorhees. The iconography of Jason, his hockey mask, has achieved cult status in the history of cinema. We have Jason terrorizing young amorous people and slashing them with his machete. Any particular impulse does not drive his motivations; it is as if he enjoys sending people to their death via violent methods.

Even the methods of killing have become staple topics for discussion in fan circles. The fascination with Jason perhaps stems from his ubiquitous presence — he is in Crystal Lake, goes to Manhattan, and even battles Freddy from ‘A Nightmare on Elm Street.’ ‘Jason X’ is no different. It is just that he is transported to outer space and traverses into the science fiction genre. So, let us take a look into Jason’s excursion into otherworldly horror. SPOILERS AHEAD.

In the year 2008, Jason Voorhees is captured by US Federal agencies and is held in the Crystal Lake Research Facility. Since Jason seems unkillable, scientists decide to research his physiology to gain a deeper insight. They want to research the probable cellular regeneration that enables him to recover from mortal wounds. Rowan LaFontaine, a scientist at the research facility, wants to put Jason in a cryo chamber. Unfortunately, Jason frees himself from his restraints and kills the guards. Rowan lures him to the cryogenic pod but ends up freezing both of them as cryogenic liquid spills out in the face of Jason’s brutal attack. 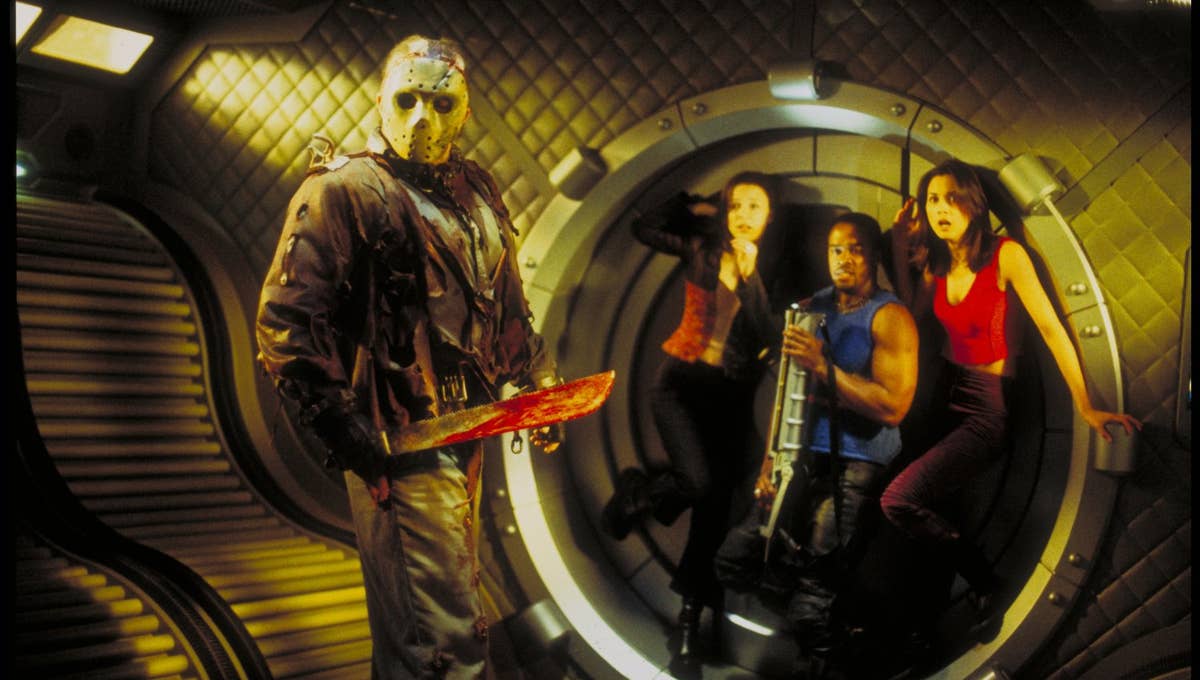 The narrative fast forwards 445 years. Earth has become inhospitable, and humanity has moved to Earth II. Professor Brandon Lowe and his android, KM-14, visit Earth along with his interns and a group of students. They go to the Crystal Lake Research Facility and bring back Rowan and Jason’s frozen remains in their spaceship, the Grendel. The group presumes Jason to be dead, and one of them goes to conduct an autopsy on his body. As fate would have it, Jason awakens from his slumber and wreaks havoc on the crew aboard the Grendel.

Lowe and his students try to survive Jason’s killing spree but to no avail. Jason kills them one by one in a gruesome fashion. Lowe decides to dock to a nearby space station, Solaris, but the Grendel crashes into the space station, thereby destroying it. The Grendel is in a serious condition as the android KM-14 halts Jason’s attacks and incapacitates him. The survivors try to separate the undamaged pontoon of the spaceship to escape the marauding situation. All seems to end well, but the nanites of the medical station accidentally rejuvenate Jason. He is converted into a cyborg, whose menace doesn’t bode well for the people on the Grendel.

The intriguing part of ‘Jason X’ is that Jason meets his adversity in the face of KM-14. In the beginning, Jason is frozen, and it takes 445 years for him to come back. So essentially, despite being dead, Jason has been revived again. His inability to die is actually ascertained through the happenings of the film. When KM-14 decimates his body, we believe that the dread is over. In reality, it is far from the end as filmmakers give him another chance to continue his killings — this time in a new avatar. The nanites from the medical station revive his body and convert Jason into Uber Jason, a cyborg equipped with a metallic mask quite different from the appearance that we are used to. 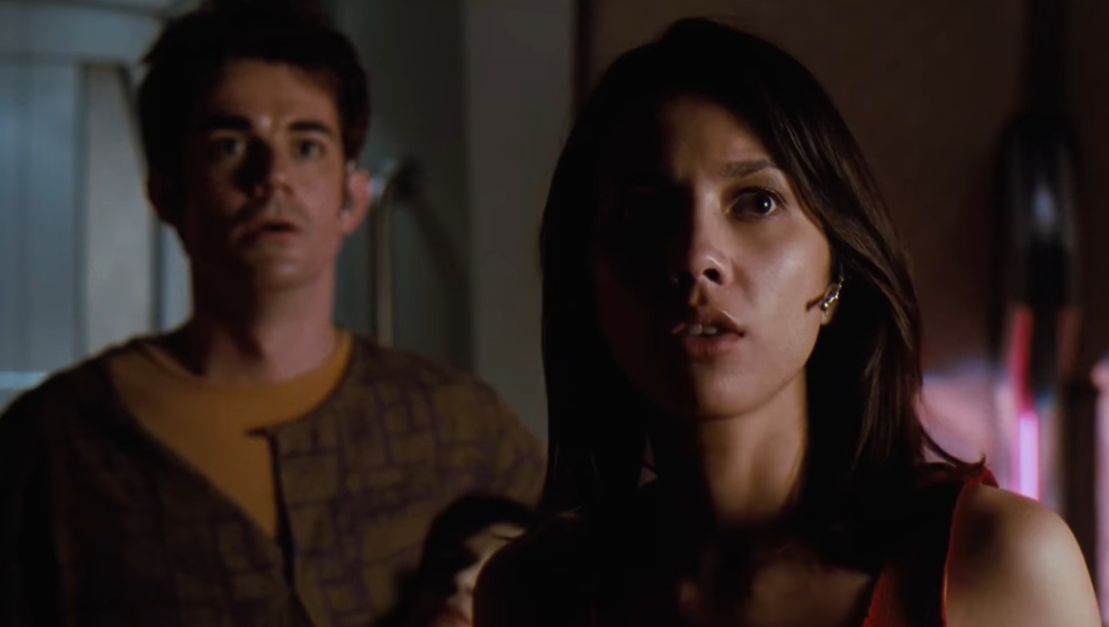 Jason becomes ridiculously powerful — a conduit for the writers to create an eclectic mix of science-fiction and slasher where Uber Jason is a killing machine. Ironically, the android is a potential life-saver, as even after Uber Jason decapitates it, there is a chance of its revival. So, the film does leave a lot to be developed in the eventuality of a narrative progression. Uber Jason blasts off to space, and his flight trajectory is maneuvered towards Earth II by Sergeant Brodski.

His body burns off in the atmosphere, but his mask is shown to drop in a water body on Earth II. Now, given that Jason doesn’t die in any previous films, Uber Jason is highly unlikely to be written off. The trope of the amorous couple in danger from a serial killer is kept intact in the end. Moreover, Jason’s nanite-induced reconstruction makes his resurrection inevitable. And if Jason dies, wouldn’t that be the end of the franchise? We, as genre fans, would definitely not want the cult of Jason to end.

Why Does Lowe Bring Jason’s Body Back to the Ship?

Evil scientists do have their specific place in this genre flick. Firstly, Dr. Wimmer, on the Crystal Lake Research Facility, is in a hurry to retrieve Jason’s body. His intentions are initially unclear, but we can assume that he wants to study cellular regeneration to use it for his own benefit. As we fast forward through time, Professor Lowe’s main motive to bring Jason’s body back is to stabilize his financial condition. 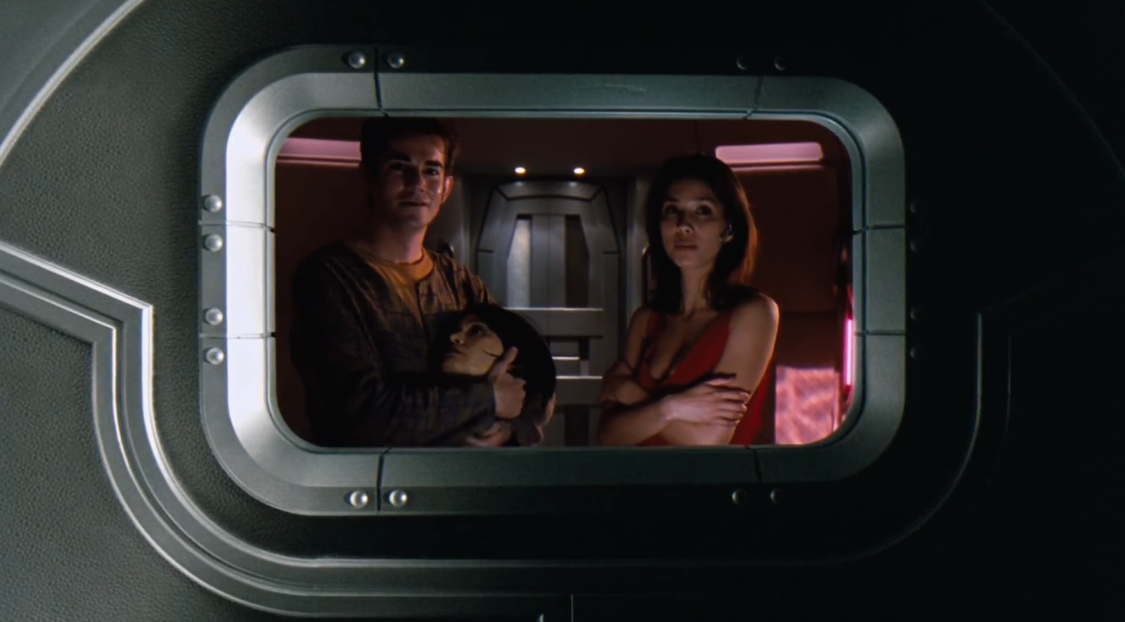 Yes, it may sound a bit far-fetched, but he understands that the body can fetch him a substantial sum from a collector who would like to acquire Jason. Essentially, we all would love to possess something that is four centuries old. It has an antique value that translates into a copious amount of money. This is what the film critic Andre Bazin termed as the “mummy complex” — the tendency of human beings to preserve things or moments in time beyond their physical existence.

Professor Lowe sees Jason as a money bag, and perhaps he doesn’t believe in the adage that history repeats itself. In this case, Jason’s violent history is mechanized through the technical advancements of the future. The killings are filled with shock, and it is quite self-referential in so far as it pokes fun at the tropes that drive such genre films. The evil scientist’s greed brings back the horrific happenings in the form of Jason’s resurrection. The film does pack a subtle commentary on the negative impacts of technology as the nanites give Jason an evolved outlook.

A Moment of Self-Reflexivity

‘Jason X’ depicts a VR version of Camp Crystal Lake from the original film. It contains within itself virtual counselors who act as a deterrent for Jason. The VR women are designed to have a prurient outlook, a theme that pushes Jason into a relentless murder spree. In essence, this scene is reminiscent of the franchise’s memorable plot points that posits the idea of the “damsel in distress.” In this case, the damsel can be identified as KM-14, a life-like robot who dares to fight back.

Even though Uber Jason eliminates it, it is still active in the end, albeit incapacitated. This aspect is a novelty in the film, making it a fun watch for people desiring a change in the narrative standards of any ‘Friday the 13th’ film. Essentially, in a moment of self-reflexivity, ‘Jason X’ manages to create a story that has oversized ambitions and yet creates a new moment in the long-lasting franchise.