Investigation Discovery’s ‘Twisted Sisters: The Bloodiest Bond’ follows the tragic killing of 29-year-old Jeffrey “Stephen” Lee on Anastasia Island, near St. Augustine, Florida. The episode chronicles the chain of events that led to the unfortunate incident in March 2017. If you are interested in knowing the identity and current whereabouts of the perpetrator, here’s what we know.

How Did Jeffrey “Stephen” Lee Die?

29-year-old Jeffrey “Stephen” Lee from St. Augustine, Florida, was a tattoo artist and member of a local bike club. His friends and family recounted him as a fun-loving and party animal who did not take life too seriously. Jeffrey grew up in Fernandina Beach and was into inline skating as a teen. He was in an on-off relationship with his childhood friend, Jessica Henries, at the time of his death.

On March 9, 2017, emergency respondents and police arrived at the 400 block of Arricola Avenue in Anastasia Island, near St. Augustine, Florida, at around 5:35 pm after reports of a shooting incident. They found Stephen was shot, the bullet entering his chest and exiting his back by his spine. He was wearing a backpack, and police found the shell between his bag and his back. Emergency respondents went ahead and determined that Stephen was deceased on the scene.

The investigators did not have to look for the killer since they arrested Jordan Henries at the crime scene without incident. However, the question was why this 25-year-old would kill Stephen, a childhood friend of the family. Upon interviewing the friends and old acquaintances, the investigators were able to get a clear picture of the tragic events that transpired, leading to the fatal death of the 29-year-old Stephen. 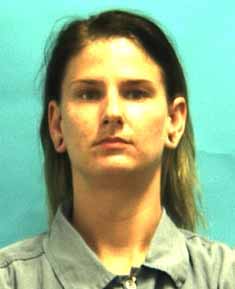 The Henries family, Charles, Deborah, and their identical twin daughters, Jessica and Jordan, lived at Fernandina Beach, a suburb of St. Augustine, Florida, in 1998. According to Micah Creel, one of the victim’s friends, the twins, then 7, were slightly oddballs and a little outcast when they met 12-year-old Stephen. During the late 90s, most boys were into skating and flaunted skateboards, but he was into inline skating.

In August 2000, a devastating family tragedy rocked the Henries as Charles started suffering from severe medical issues and was required to undergo a bone marrow transplant. The costly treatment procedures drained all the family funds, yet could not save the latter, who died on August 27, 2000. Losing their sole earning member, the family got into serious financial problems, and Deborah had to work double shifts six days a week to make ends meet.

By the time they were 18, the Henries had relocated 17 times in the last nine years. In 2015, Jordan moved to Daytona Beach and enrolled in trade school, aiming to make something of herself. However, her sibling struggled in Jacksonville, shifting from job to job, bartending, and partying. It was during that phase when 22-year-old Jessica reunited with Stephen, then 27, and they started dating. According to the show, they were a volatile couple, bringing out their worst traits of themselves.

On November 6, 2015, Stephen was arrested for carrying a concealed firearm, and soon after, Jessica was apprehended for a DUI. The couple fought regularly, and Jordan was frustrated with her sister’s choices. Stephen was using drugs then, and court documents state how his anger management issues led to his snapping her car passenger door off to grab Jessica out of the vehicle after an argument. Per police reports, the former even alleged that she had once witnessed him put a gun to her sister’s head.

In January 2017, Deborah invited Jessica to move in with her at her Anastasia Island home and even filed a trespassing order against the allegedly abusive Stephen. At that time, Jordan was involved in a road rage incident where an individual pointed a gun at her. Fearing her life, she used to carry a firearm in the glove compartment of her vehicle since then. David testified that she did not handle the weapon very well. In February 2017, Jessica and Stephen began to bond again behind her mother’s back, though the couple had decided to take a break.

On March 8, 2017, Deborah was at work when Stephen snuck in, and she returned to find them asleep and hid his bag of drugs. The next day, he and Jessica started a big fight as he thought she had concealed his drugs, and she called her sister in between the bitter argument. Jordan and Deborah drove home, the former with the .45 caliber handgun, and chased Stephen outside. Police reports mention the confrontation escalated quickly, during which she reportedly fired a warning shot to scare him away.

Where is Jordan Henries Today?

Unfortunately, Jordan L. Henries shot Stephen in the chest and killed him, though law enforcement officials believed it was not her intention to do so. Deborah called 911, but the victim was pronounced dead at the scene. Jordan surrendered without incident and pleaded no contest to manslaughter with a firearm in May 2018. She was sentenced to 17 years in prison the next month.

Jordan acknowledged that it was a “regrettable situation,” and her friends recounted how remorseful she was about how things had turned out. According to official records, she is serving her sentence at the Gadsden Correctional Facility in Gadsden County, Florida. Her inmate records state her release date to be in July 2034.