Where Is Jennifer Sey Today? 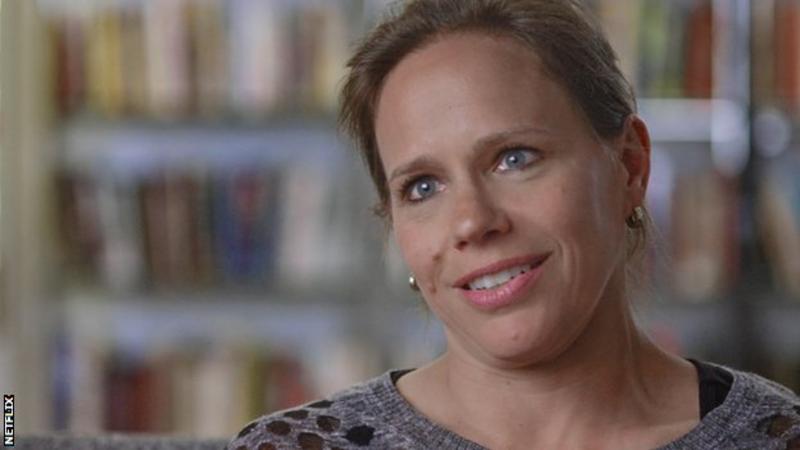 ‘Athlete A’ unboxed not just the details of the sexual assault that Larry Nassar inflicted on teenagers in the 29 years that he worked at USA Gymnastics, but it also talked about the strict and toxic culture of the organization as a whole. It revealed how teenagers are almost forced to obey every order that is given to them and how they are beaten and called “fat cows” or “lazy” when they either weigh more than is considered okay or get tired after training for hours on end.

One such individual who lived through the stress of being a professional gymnast and experienced all these practices first hand is Jennifer Sey, and she openly talked about it in ‘Athlete A.’ She said that the emotional and physical abuse, “the cruelty,” was actually the standard methodology during her time as a gymnast, and even gave other examples of them, which ironically made the whole thing shocking beyond belief. But, unfortunately, its all true.

Who Is Jennifer Sey?

Born February 23, 1969, Jennifer Sey started competing in gymnastics at the age of six. Even in the mid-70s, at such a young age, she had to endure all the pain and the forcefulness of her coaches to apparently be the best possible gymnast she could be. Their image of she needed to be and what she was supposed to look like made her start struggling with bulimia as well. Jennifer even gave an example of someone else to really show us how coaches were sacrificing the young people of America just to win a competition, not caring about their health or well being.

Nevertheless, Jennifer was one of the most talented gymnasts. After she started her elite career, she went on to become a seven-time member of the United States national team. Unfortunately, at the 1985 World Artistic Gymnastics Championship, she suffered a broken leg after missing a release move on the uneven bars. Rules were changed and coaches were now allowed to spot their athletes, but the damage was already done. Even though Jennifer recovered and went on to become the 1986 national champion, her leg was never the same.

After a string of ankle injuries and further struggles with bulimia, Jennifer retired from the sport altogether, without even trying to be a part of the 1988 Olympics team. She had had enough and she knew it, so she left that chapter of her life and started focusing on other things.

Where Is Jennifer Sey Now?

After graduating from Stanford University, Jennifer joined Levi Strauss & Co. as a marketer in 1999. To this day, more than two decades later, she still works there, but now as a Senior Vice President & Chief Marketing Officer, along with being in charge of the CMO Global Brands. For her work in the company, she was named one of the “Top 40 Marketers Under 40” by Advertising Age in 2006.

Living in San Francisco, California, with her husband Daniel Kotzin and her 4 kids, two with him and 2 with a previous partner, Jennifer is living her best life. She became an author for Harper Collins in 2008 by writing a book called “Chalked Up: Inside Elite Gymnastics’ Merciless Coaching, Overzealous Parents, Eating Disorders, and Elusive Olympic Dreams,” which details her career as an elite gymnast and has also written and produced two short films. Jennifer also has a producing credit in ‘Athlete A.’