When Will Jeopardy Finale Episode Release? 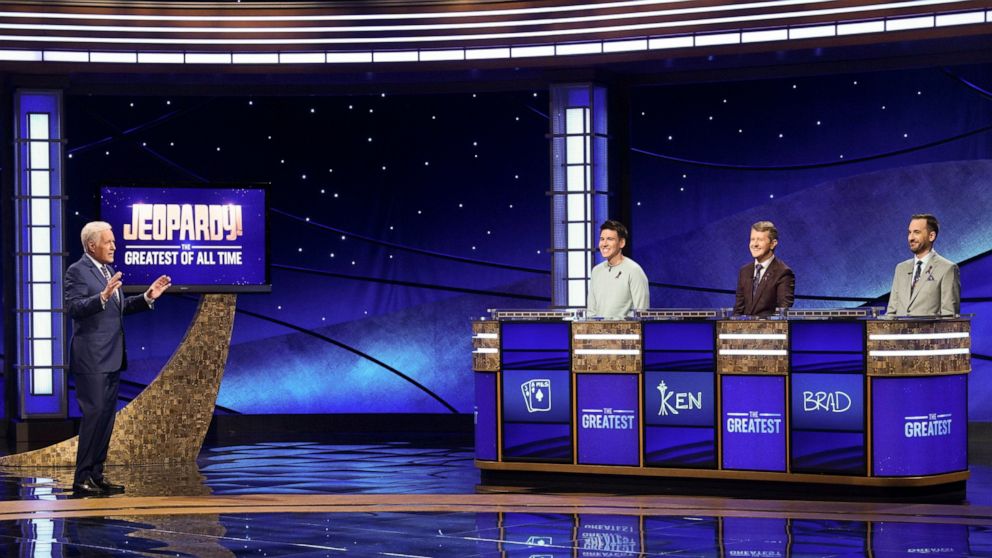 ‘Jeopardy!’ is a game show created by Merv Griffin, which features contestants, partaking in a quiz. The competition has a slightly different format — players are presented with trivia clues in the form of answers. And they need to phrase appropriate questions to serve as the apt responses. The show, since its debut in 1964, has aired in several versions on numerous networks. The current, daily syndicated series was helmed by Alex Trebek as the host from 1984 until his death in November 2020. However, his already filmed episodes have not finished airing yet. The episodes filmed after Trebek’s demise feature a series of interim hosts from the production staff. Now, if you wish to know when the last episode hosted by Trebek will hit tv screens, we have you covered!

‘Jeopardy’ season 37 episode 71 premieres on January 4, 2021, on ABC, at 7 pm ET/ 6 pm CT. It marks the beginning of Alex Trebek’s final week of episodes — which consists of five episodes. The host’s final episode is slated to release on Friday, January 8, 2021.

From Monday, December 21, 2020, onward, ‘Jeopardy’ started airing a two-week ‘Around the World’ special that serves as a commemoration to Alex Trebek’s spirit of adventure. The special event airs over a span of two weeks, until January 1, 2021.

If you are in the US, you can easily catch up on the latest episodes of ‘Jeopardy!’ at 7 pm ET on ABC from Monday to Friday every week. Needless to mention, you will need a cable package. If you have a cable login, you can catch the season on-demand or online at ABC’s official website. If you are a cord-cutter, you can resort to the multiple live TV streaming services, namely, Hulu With Live TV, Sling TV, Fubo TV, and AT&T TV Now. Hulu + Live TV also offers a one-week free trial and it contains ABC as a part of its package. Additionally, some of the already released episodes and clips can be watched on YouTube. The show is also streaming on Hulu and certain episodes are available on Netflix. Finally, you can check out the detailed schedule of the upcoming episodes on the show’s official website.

The special collection of ‘Around the World’ episodes from ‘Jeopardy!’ beginning December 21, 2020, pays tribute to host Alex Trebek’s spirit of adventure. As per ABC, it features “the best categories he’s presented around the world.” The episodes, spread out over a span of two weeks, finish their run on January 1, 2021, and comprise “two weeks of shows featuring 10 unforgettable locations,” giving fans the option to embark on a “special trip around the world with Alex” — including places like Machu Picchu, Japan, and others. After, the ‘Around the World’ specials, the show returns to its regular schedule of dropping daily episodes on weekdays on January 4, 2021. The structure for the quiz competition remains the same but these episodes, up to January 8, 2021, are the final ones, having Alex Trebek as the host. The next episodes, starting January 11, 2021, showcase interim hosts such as Ken Jennings.