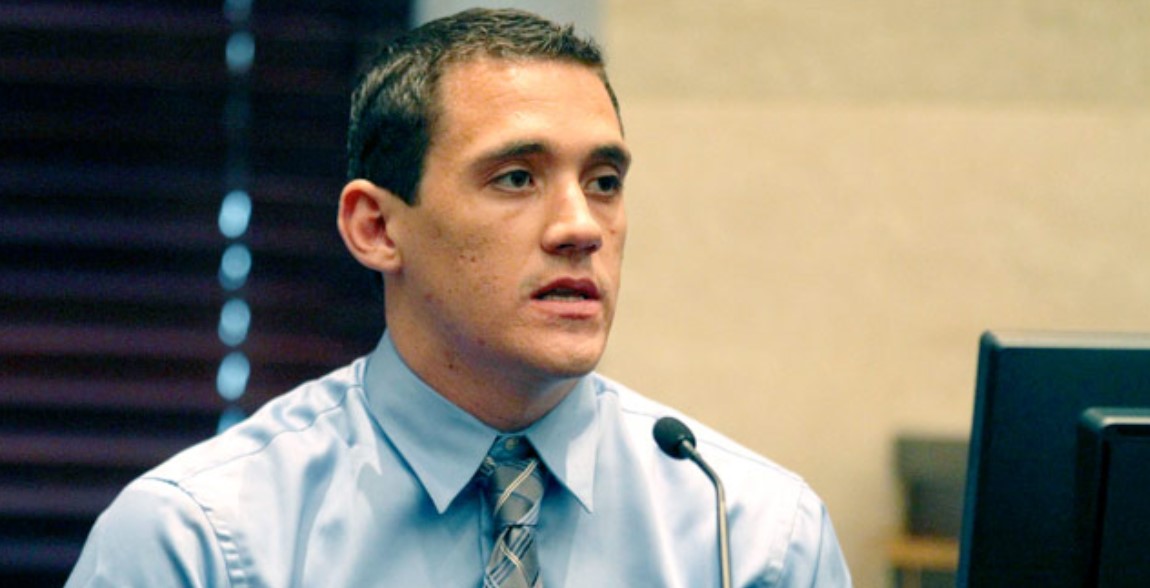 Peacock’s ‘Casey Anthony: Where The Truth Lies’ takes the viewer through the disappearance of 2-year-old Caylee Anthony and portrays how she was reported missing about a month after the incident. While the police prioritized the investigation, they soon found that her mother, Casey Anthony, was giving them false information. Such developments led to the latter’s arrest, and although she was acquitted of the murder charge, moral policing by the public made it difficult for her to start a new life.

Interestingly, when Caylee was born, Casey was with her ex-fiance, Jesse Grund, who believed he was the child’s father. However, the mother of one soon revealed a sinister revelation that turned his world upside down. Well, let’s dive into the details surrounding the case and find out where Jesse is at present, shall we?

Who Is Jesse Grund?

Jesse and Casey got acquainted with each other before 2008, and they had a seemingly happy relationship initially. In the Peacock documentary, the latter talked about her difficult childhood and accused her father, George Anthony, and her brother, Lee Anthony, of raping her. On the other hand, Jesse made Casey feel safe, and she was thankful for finding someone to love. Hence, he believed he was the child’s father when she got pregnant with Caylee.

However, the expecting mother revealed on the show that she realized she got pregnant after being reportedly raped at a party, and Jesse had no connection with the baby. Still, since they were engaged around that time, she never corrected her ex-fiance and instead confirmed Caylee was his. From the looks of it, Jesse was a very caring father and was attached to the baby girl from birth. Although, he soon suspected something fishy and decided to undergo a DNA paternity test.

The test results proved that Jesse was not Caylee’s father, and Casey decided to lie again by claiming that she conceived her child after sleeping with an old friend. Naturally, he was highly disappointed by the outcome and had no idea why his fiancee would lead him on for so long. This break in trust proved to be the final nail in the coffin as the couple eventually broke up and decided to go their separate ways. However, readers should note that Jesse stuck around for almost the whole first year of Caylee’s life and was a dedicated father to the little girl. When interviewed on the Peacock documentary, Casey confessed to lying and letting everyone believe that Caylee’s father was an old friend. She claimed she had no idea why she lied for so long and admitted that the right course of action would have been to reveal the truth.

Where Is Jesse Grund Now?

Since Jesse was highly attached to Caylee, he was devastated to hear of her disappearance. While he initially mentioned in an interview that Casey was a good mother, he accused her family of being dysfunctional. He said, “There is no way they have any semblance of a normal family life.” Interestingly, Jesse was never considered a person of interest during the investigation, but once he started facing accusations of being involved in Caylee’s disappearance, he became a voluntary witness and even took a polygraph test to clear his name.

However, Jesse believed that Casey was involved in the incident in some form and implored her to speak the truth. Once she was put on trial after being charged with Caylee’s murder, he appeared as a witness and testified before a judge. Jesse even mentioned that Casey had told him about how her brother allegedly abused her; he said he believed his ex-fiance was telling the truth.

Once the jury acquitted Casey of the murder charge, Jesse spoke his mind about the verdict and said, “I would tell her she needs to repent because, at the end of the day, she is going to have to answer for why Caylee isn’t on this earth anymore.” On the other hand, Casey’s defense team accused him of milking the incident for money as he talked about publishing a book about his experience. Currently, Jesse resides in Orlando, Florida, with his loving wife. The couple seemingly shares a child and seems to have built a happy life surrounded by family and friends. Furthermore, Jesse earns a living as a strength coach and even co-owns a fitness training center. It is heartwarming to witness his remarkable life, and we wish him the best for the years to come.