Jessie Graff From The Titan Games: Everything We Know 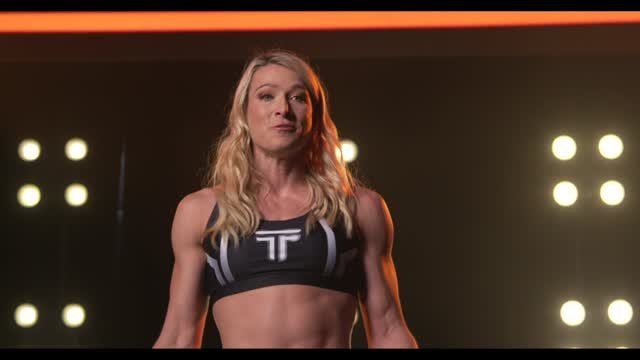 Jessie Graff features as one of the handpicked Pro Titans, as well as, a contestant in season 2 of ‘The Titan Games’. Shortlisted by host Dwayne Johnson himself, Graff is no stranger to complex and extremely difficult obstacle-course competitions. She is a notable Hollywood stuntwoman and an ‘American Ninja Warrior’ veteran. And when she was picked for ‘The Titan Games’, it opened up a new avenue for the athletic woman who is always excited for fresh challenges. If you wish to know more about Graff and her background, read on!

Jessie Graff: Where is She From?

Currently, Jessie is a resident of New York City. However, she has changed several places since her birth. At the mere age of 6, Jessie enrolled for circus classes, following which she joined gymnastics when she turned 9. A former member of the Frederick Gymnastics Club for 6 years, she was a pole vaulter in high school.

Who is in Jessie Graff’s Family?

Jessie was born to Ginny MacColl in New York. The star keeps her personal information on the low but we do know that in April 2020, she posted an Instagram story, stating she is married. Not much is known about her other half as she has chosen to not reveal about her relationship statuses on social media.

Born on January 12, 1984, Jessie is 36 years old. She is a professional Hollywood stuntwoman and a tv personality. Her notable credits include shows and movies like ‘X-Men: First Class’, ‘Make It or Break It’, ‘Another Period’, ‘Bridesmaids’, ‘Knight and Day’, ‘Bad Teacher’, ‘John Carter’, ‘Leverage’, ‘Supergirl’, ‘Wonder Woman’, and ‘Sons of Anarchy’. She has been a stunt double for stars like Sophie Turner, Molly Quinn, and Skyler Samuels, among others. A participant in ‘Wipeout’ season 1, she was the first woman to compete in a City Finals course in ‘American Ninja Warrior’. She then progressed to compete in different iterations of ANW.

After being introduced as a Pro Titan in the second season of the extreme obstacle course competition, Graff qualified to participate in the second-to-last facet as she tried to defend Mount Olympus. Her opponent was Kelly Valdez and they had to battle it out in the obstacle challenge called Ball and Chain. But since the massive ball was almost 60 pounds more than Graff’s body weight, she could barely make it budge. Valdez powered on and proceeded to the final challenge, Titan Tomb, and grabbed the Titan Seal, thus bagging the win.

Graff did complete the course and earned the last chance at redemption. The next episode teamed her up again with Valdez and the two had to partake in an obstacle called Resistance. While connected, they were required to throw five 75-pound barrels over a barrier. Graff managed to move four of the five barrels but could not fling them down. Then, Alex Mendez made a surprise announcement, the one to get one barrel over the side would win. Valdez completed the task, and Graff had to say her farewell to the show. But she left with a smiling face, hugging her opponent and thanking her fans for their continued support.