Where is The Titan Games Filmed? 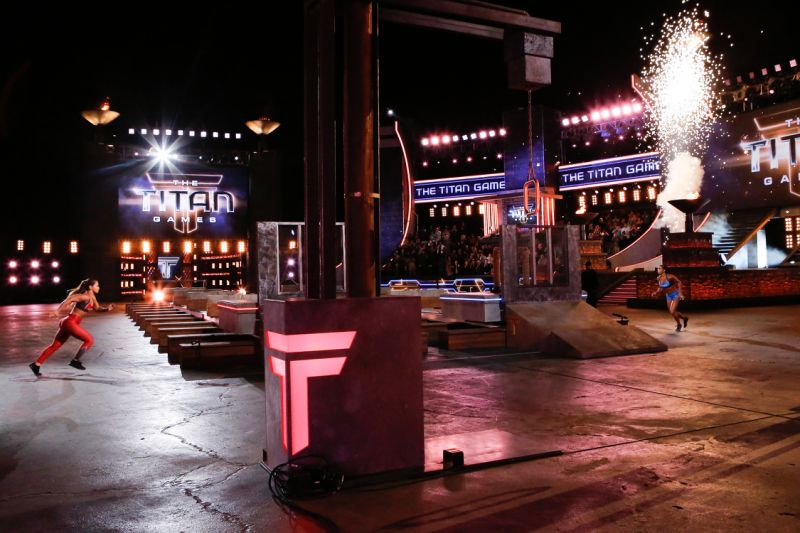 Reality shows which test contestants’ physical abilities have been loved by viewers for their depiction of contestants participating in tough challenges with often hilarious results. Shows like ‘Wipeout’ often lean towards the comic side through the depiction of obstacle courses that lead to funny falls. However, ‘The Titan Games‘ is a reality show which wows viewers with intensity and can be considered to be closer to ‘WWE‘ than other competition series. For starters, Dwayne “The Rock” Johnson hosts ‘The Titan Games.’

The show assembles some of the fittest people from America as contestants. These contestants are made to participate in extremely rigorous challenges that are based on the workout regime of Dwayne Johnson himself. After various rounds, a female winner and a male winner is adjudged, with the crown of “Titan.” These “Titans” then try to defend their title from other competitors. Each winner receives a prize of $100,000.

‘The Titan Games’ is a reality show which has been compared to ‘American Gladiators’ or ‘American Ninja Warrior.’ ‘The Titan Games’ is set and filmed entirely in the arena where the competitions are held. This is where some of the most intense physical challenges seen on TV are designed and housed. This is where the contestants compete for the ultimate crown of “Titan.” Hence, it is natural for viewers to wonder where this set is located. It is the highlight of the show (apart from Dwayne Johnson), after all.

‘The Titan Games’ season 1 was filmed in Irwindale, California. This is where the specially designed set was located. To be more specific, filming was carried out at the Irwindale Event Center. The Irwindale Event Center is actually a motorsports facility. To be more specific, the facility is located on 500 Speedway Drive in Irwindale, California. The facility hosts prestigious events like NASCAR races such as ARCA Menards Series West and the Wheelen All-America Series.

Apparently, ‘The Titan Games’ is what partially keeps the facility running. This was revealed by the following Tweet shared by Matt Weaver:

This obstacle course thingie is on the Irwindale Speedway property. It's also partially what is keeping the track in operation.

The Titan Games is like American Ninja Warrior and will be hosted by The Rock on NBC. The contract to do this on-site funds the track.

Filming for the second season of ‘The Titan Games’ was shifted to Georgia. According to local sources, filming was carried out at the Atlanta Metro Studios which is located on 6010 Studio Way in Union City, Georgia.

‘The Titan Games’ features some jaw-dropping challenges such as the “Herculean Pull:” a blind tug of war where competing contestants race each other to pull out two 100-lb poles followed by a golden pole. Apart from that, there is “Heavy Metal:” a challenge wherein the contestants are asked to pull 350 pounds of metal chains. The weight is increased gradually! Such seemingly impossible tasks are all conducted at the Irwindale Event Center. Have a look at this behind-the-scenes photo shared by Cari Champion:

Here are a couple more, shared by Johnson: