Where is Jillian Harris from The Bachelorette Now? 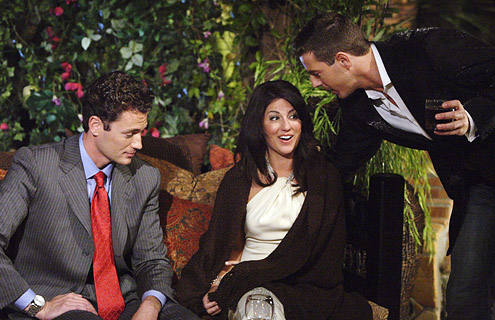 After being rejected as the second-runner up in Jason Mesnick’s “The Bachelor” (Season 13), the Canadian Television personality and a successful interior designer, Jillian Harris featured in the fifth season of ‘The Bachelorette.’ She was the first-ever non-American selected for the show, who got an opportunity to choose her life partner from not just 25 but 30 men competing for her attention and approval.

Working at Caban interior goods, she realized her potential in interior design and got herself certified from The British Columbia Institute of Technology in 2006. While giving designing consultations to one of her clients, she got hired by Scott Morison, the co-founder of the Canadian restaurant Cactus Club Cafe, to re-decorate his chain of restaurants. This opportunity gave an excellent boost to her career and brought her closer to her life-long goal.

Then she went on to pursue her passion to feature in a television reality show. Jillian’s appearance in ABC’s famous TV show franchise ‘The Bachelor’ and ‘The Bachelorette’ made her a public figure. She kept at this choice of profession and earned herself miscellaneous gigs on HGTV as a designer on ‘Extreme Makeover: Home Edition’ and later co-host on ‘Love It Or List It Vancouver.’ After achieving all this and more, she ran her own brand of interior decor goods for almost a year but chose to close it by the end of the year 2014. Currently, she runs a website in her own name, whose subtitle reads, “ALL THINGS LOVE, FASHION, FAMILY, FOOD, AND HOME DECOR SINCE 2009”. Another business line she is invested in is sending out ‘The Jilly Box’ that contains season-appropriate goodies. Also the co-author of her cookbook, “Fraiche Food Full Hearts,” Jillian does everything things gracefully and noticeably keeps them all pastel and pink.

The straight answer to the question, “Is Jillian Harris married?” is No! While working hard to solidify her career, she also met the love of her life along the way.

The world witnessed that things did not turn out as planned for Jillian after she professed her love for Ed Swiderski, the winner of “The Bachelorette” season 5. She even underwent plastic surgery to shape-shift her nose in an attempt to look “perfect’’ for his sake. When she got cheated on, it broke her heart into a million pieces. Despite the popular opinion to let him go, she showed utmost faith and entreated him to alter his adulterous behavior. Despite everything, she went on and gave an official statement that fro them, marriage was still on the cards. Eventually, she sadly had to break off the engagement in 2010 when Swiderski failed to mend his ways.

Jillian Harris has left all of these painful memories behind her and moved on to live with her fiancé, Justin Pasutto. He is an entrepreneur and a former professional snowboarder. In 2016, on Christmas Day, Justin proposed her with a beautiful ring from Minichiello Jewellers and a box of macaroons. The same year Jillian and Justin welcomed their first child, Leo George, into the world on August 5, 2016.

During the spring of 2018, the couple announced that they were ready to welcome their second child and also revealed that it was going to be a baby girl. They had Annie Marjorie Bea on September 28, 2018.

Jillian and Justin had planned on getting married in the summer of this year but the ongoing pandemic dampened their spirits. They have decided to hold it off until next year and will most probably be performed around the same time. Jillian admits to having unintentionally thrown out her wedding ring while having a particularly “chaotic day.”

Marriage or no marriage, the couple feel that their family is complete with them being parents to two beautiful children and two adorable dogs. Grateful for each day that abounds in blessings, peace, and happiness, the two are making the most of each day.

Read more: Where is Nick Viall from The Bachelorette Now?