Where Is Nick Viall From The Bachelorette Now? 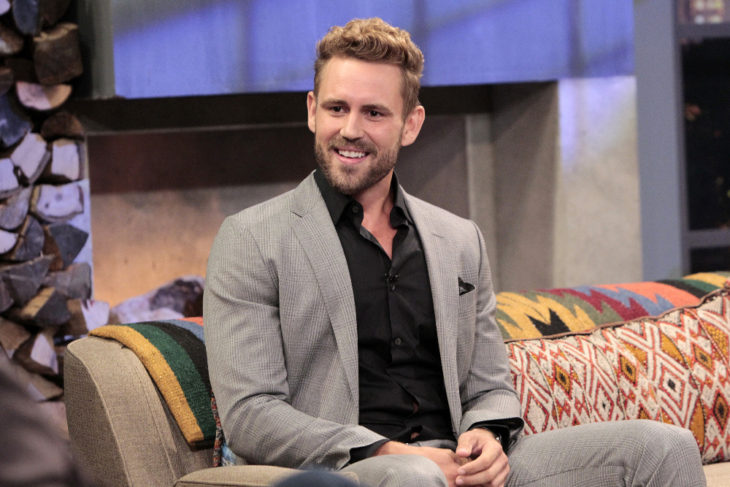 ‘The Bachelor‘ franchise has been giving us high expectations of love and relationships ever since its premiere on ABC in 2002. Whether it be the original series, or ‘The Bachelorette‘ or ‘Bachelor in Paradise,’ every series has a myriad of fascinating people and equally fascinating relationships. And one person who has the first-hand experience of all of it this is none other than Nick Viall.

Nick was born in Waukesha, Wisconsin, on September 28, 1980, to Mary and Christopher Viall. His family is a big one as he is the second out of the eleven Viall children born. He has an older sister named Jessica, five other younger sisters by the names of Sarah, Maria, Teressa, Olivia, and Bell and four younger brothers named Luke, James, Peter, and Samuel. In both school and college, Nick ran track, so his athletic look, which has millions of girls swooning over him, is not just genes, it’s the result of years worth of hard work.

Nick first made an appearance on our television screens in 2014, when he was a contestant on Andi Dorfman’s season of ‘The Bachelorette.’ Not only did he receive the first impression rose on the first night itself, but he was also one of the last men standing during the final rose ceremony. However, when Andi picked Josh Murray over him, he was devastated and broke our hearts with his tears.

He later appeared in Kaitlyn Bristowe’s season of ‘The Bachelorette,’ season 11, when he just showed up during a group date and asked if he could join the cast. He once again made it to the final rose ceremony only to be dumped just as he was getting ready to go down on one knee and propose. He called himself “the biggest joke” but left only after wishing Kaitlyn all the luck in the world.

Still looking for the love of his life, he became the cast member of season 3 of ‘Bachelor in Paradise.’ By the time the season was coming to an end, he was in a steady relationship with Jen Saviano, so he picked out an engagement ring to propose with. However, during the final rose ceremony, he couldn’t go through with it and said, “I wanted to say I was in love with you, but something in my heart just said I can’t.”

After using the franchise as his own personal dating app, Nick finally got the lead and became the Bachelor for season 20 of the original series. Instead of the usual 25, he had 30 women from whom he could have his pick. In the end, he picked the special education teacher from Canada, Vanessa Grimaldi, as his partner, and proposed to her during the season finale. Unfortunately, they broke up the following year after just a few months together.

Where Is Nick Viall Now?

Nick Viall currently lives in Los Angeles, California where he works as a model, actor, podcast host, and entrepreneur. He is now way past being just a software salesman from Chicago. His business enterprise Natural Habits, of which he is the Founder and CEO, is an essential oil company that helps individuals brighten their daily activities.

His podcast, “The Viall Files,” which premiered in January 2019, is one where he interviews various celebrities and talks to them about nothing and everything, whether it be relationships, food, preferences, or rumors. Apart from all this, you can even catch a glimpse of Nick in television shows like ‘Speechless,’ ‘Teachers,’ and ‘General Hospital.’

As for his love life, even though he currently seems to be single, he has been rumored to be dating various celebrities throughout the years. In late 2017 and early 2018, he was linked up with ‘Mad Men’ star January Jones and in 2019, he was paired with Rachel Bilson and Demi Burnett, but all of these were shut down after they referred to each other as “just friends” publicly. Most recently, he was thought to be dating Kelly Flanagan because of their flirty social media interactions, but even that rumor got shut down after she got back together with her ex Peter Weber.