Investigation Discovery’s ‘American Monster: Stages of Grief’ narrates the tragic and brutal murder of Joan Dawley inside her home in Sylmar, California, in April 1991. The investigators initially thought it was a break-in but soon discovered something more sinister. The episode takes the viewers through the complex investigation process and the trial meticulously and concisely, helping them comprehend the issue. If you’re interested to know about the identity and current whereabouts of the perpetrators, then we’ve your back. Let’s begin then, shall we?

How Did Joan Dawley Die?

Joan Helen Barbara Melchion Dawley was born in Cambridge in Middlesex County, Massachusetts, on October 10, 1935. She worked as a supervisor at a Hallmark store in Mission Hills, a suburban neighborhood in Los Angeles, California. She tied the knot with Dennis Roland Dawley, a 21-year Air Force veteran, in the mid-1950s. The Dawleys were seen as a happily married couple; they had been together for over 35 years and shared a close bond with their two adult daughters.

After retiring from the army, Dennis was a popular starter at the Encino-Balboa Municipal Golf Course with a flourishing business. The couple were well-liked and considered respectable members of their community. Joan returned home after a bowling night with Dennis on April 16, 1991, at her suburban Los Angeles–area home in Sylmar. The following morning, her colleague, Marilyn Rush, arrived at Joan’s home to find the door open. She became suspicious and went inside to find her 55-year-old colleague’s body on the floor.

Police arrived at the scene to discover that Joan had been bludgeoned to death with a blunt object. According to her autopsy report, she had died from blunt force trauma. The bedroom appeared to be ransacked, and the investigators also located a stepladder outside a back window. With Dennis being at work about 4 hours before the discovery of his wife’s body and the possible tell-tale signs of a break-in, the police chalked down the case as a burglary gone wrong.

Even though the evidence pointed towards a fatal break-in, the investigators never took their eyes off Dennis. Their theory of burglary began to waver as the detectives could not find any footprints, fingerprints, or signs of forced entry. The more they looked into Dennis, the more circumstantial evidence started to pile up and up. The investigators soon discovered that the Dawleys did not have the happy marriage they portrayed; on the contrary, their marriage was going into tatters.

As per the reports, Joan had inherited two houses and $70,000 in cash from her mother, and Dennis reportedly suspected that she might be looking for a divorce from him soon. The show stated that Dennis was unfaithful in the marriage and had a streak of illicit relationships up until he met a sex worker with a heroin addiction named Brandita Taliano in Sepulveda Boulevard. She had an extensive criminal record, but Dennis was smitten with her.

What made the investigators more suspicious was Dennis taking off just two days after the funeral of his wife on a first-class trip to Las Vegas, along with his girlfriend, Brandita. He was splurging money, buying luxurious items like gazebos, waterbeds, Jacuzzis, and new cars. He even transferred the deed of his Big Bear City vacation home as well as two car titles to the name of Brandita. The detectives started to focus on Dennis, combing through his phone records and looking into his whereabouts during the murder. 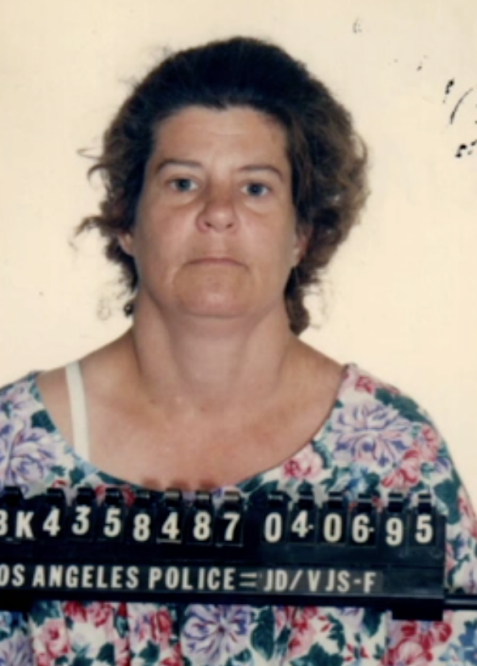 Dennis and Brandita were finally arrested in 1995 on charges of conspiracy to commit murder and first-degree murder, with the former facing an additional charge of solicitation. The police had two critical pieces of evidence against the couple – one being the victim’s DNA retrieved from under Brandita’s fingernails using the latest DNA technology, and the other being a convicted felon named Gary Lee Ware who said Dennis approached him to murder his wife in exchange of $9,000 in cash.

Where are Dennis Dawley and Brandita Taliano Today?

The prosecution theorized that Brandita Taliano pinned Joan down while Dennis kept hitting her with a blunt object, most probably a golf club. Dennis allegedly murdered his wife for financial gains and also to keep his assets intact – which might have been split between the two if the couple divorced. Combined with the motive and the clinching pieces of evidence, the trial went on for three months until a jury convicted both of them on all charges in April 1997.

Both of the convicts were sentenced to life in prison without the chance of parole. They were serving their sentence behind prison cells in California up until Dennis, 75, died of natural causes on December 3, 2011, behind bars. Brandita went on to serve 7 more years up until she was issued a pardon, along with 70 other inmates, by outgoing California Governor Jerry Brown in August 2018 and approved by the Supreme Court in October 2018. Brandita, now in her late 60s, leads a private life away from the public eye.