John Ray Murder: How Did He Die? Who Killed Him?

Police officers in Atlanta, Georgia, faced one of their most challenging cases when Air Force veteran, John Ray, was found murdered inside his own home. While the brutality of the murder shocked even the most experienced of officers, an initial investigation strongly indicated a robbery gone wrong. Hulu’s ‘How I Caught My Killer’ chronicles the heinous crime and follows the police investigation that eventually brought the perpetrator to justice. Let’s delve into the details surrounding the incident and find out more, shall we?

How Did John Ray Die?

A resident of Lakewood Heights in Atlanta, Georgia, John Ray was just 32-years-old at the time of his death. While John was an Air Force veteran, he was earning a living as a paralegal and was pretty well respected in the community. People who knew him described him as a kindhearted and generous individual who loved helping others and making new acquaintances. He was also quite amicable with everyone he met, which made his untimely demise all the more shocking.

On May 16, 2004, police officers came across John Ray’s deceased body in his Lakewood Heights home. While he was declared dead on the spot, an initial medical investigation deemed that the victim had breathed his last quite a few days prior to the discovery. The Air Force veteran was left restrained on the floor in a pool of his own blood and had several stab wounds on his head and chest. The force of the attack even broke the blade of the murder weapon inside his body.

An autopsy later confirmed that the stab wounds led to John’s death. Besides, a quick search of the crime scene showed signs of forced entry, and since the victim had several valuables, including his TV, stereo, and car, missing, the police believed that he was killed in the midst of a robbery. However, much to the surprise of the police, the crime appeared well-planned as the murderer had used bleach to wipe off every last fingerprint and DNA evidence from the crime scene. Hence, detectives were left with zero forensic evidence.

The initial investigation into John Ray’s murder was pretty challenging as there was a dearth of forensic information. Besides, officers could not find any witnesses even after canvassing the area, and there was a noticeable lack of leads. On the other hand, when detectives interviewed the victim’s acquaintances, most talked about John’s peaceful nature, and since he was not known to have a lot of enemies, the police were unable to come up with a proper suspect list. 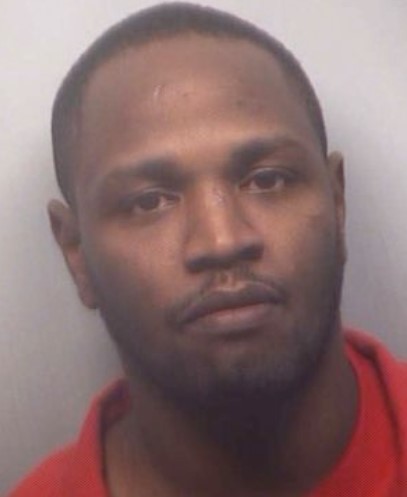 Interestingly, hours after John was discovered dead, his car was flagged while running a stop sign just two miles away from his home. However, the car soon crashed into a pole by the side of the road, and before the police could apprehend the driver, he fled the area on foot. Nevertheless, forensic teams did a full sweep of the car and were able to recover a foreign DNA sample from the airbag. Unfortunately, the case did not see much progress since then as the DNA did not match the ones already in the system, and with no new leads, detectives found themselves back on square one.

However, as the investigation continued, law enforcement officers discovered that John was pretty active on a gay dating site. On the other hand, John’s job as a paralegal had him deal with criminals on a daily basis, and a quick search of his briefcase revealed information on career criminal Torico Jackson, who had been in and out of prison several times, since 2001, on various unrelated charges. Besides, the police also learned that in the months leading up to the murder, John’s house had been burgled multiple times, and his co-workers were concerned about his safety.

When talking with some of John’s co-workers, the police learned that Torico Jackson’s case wasn’t a part of the paralegal’s workload. However, since Torico’s files were located in the victim’s briefcase, authorities looked into the career criminal and soon discovered that Torico had connected with John through the gay dating site. At that time, the suspect in question was incarcerated on an unrelated conviction, and once the police obtained his DNA, it turned out to be a perfect match to the one recovered from John’s stolen vehicle.

Hence, without wasting any time, detectives charged Torico Jackson with John Ray’s murder. When presented in court, Torico was convicted on several charges, including murder, felony murder, aggravated assault, burglary, and armed robbery. As a result, he was sentenced to two life sentences without the chance of parole, along with an additional 25 years in 2013. Hence, Torico Jackson is currently spending his days behind bars at the Smith State Prison in Glennville, Georgia.

Read More: Torico Jackson: Where is the Killer Now?