Torico Jackson: Where is the Killer Now?

Hulu’s ‘How I Caught My Killer’ takes the viewer through John Ray’s heinous murder and follows the investigation that led straight to career criminal Torico Jackson. While police officers in Atalanta, Georgia, were shocked by the brutality of the crime, they soon realized that the robbery and subsequent murder were not impulsive but pretty well planned. Nevertheless, the case went cold due to a dearth of leads, and the perpetrator was brought to justice once information from a gay dating site pointed in the right direction. Well, let’s delve into the details surrounding the case and find out where Torico Jackson is at present, shall we?

Who Is Torico Jackson?

A resident of Atlanta, Georgia, Torico Jackson experienced a normal childhood but got involved with crime from quite a young age. Reports described him as a career criminal who had been in and out of jail several times since 2001 and was previously convicted on various charges, including child abandonment, armed robbery, credit card theft, drug possession, and shoplifting. His convictions made him infamous in the Georgia prison system, and people like John Ray, who worked as a paralegal, dealt with such criminals on a daily basis. 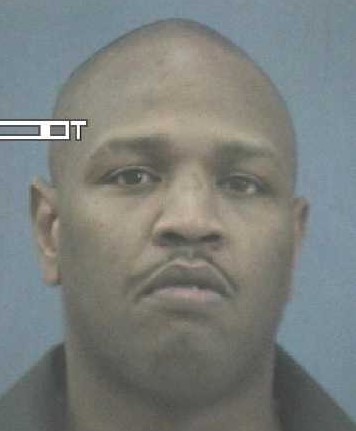 On May 16, 2004, law enforcement officers in Atalanta, Georgia, gained access to John’s Lakewood Heights home, where they found his deceased body lying in a pool of his own blood. While John was restrained and had multiple stab wounds on his head and chest, the brutality of the crime made the blade of the murder weapon break off inside the victim’s body. On the other hand, the whole house was ransacked in what appeared to be an armed robbery, and the victim’s car, stereo system, as well as television, were missing.

Moreover, police officers also found evidence of a forced entry and were confident that John was not acquainted with his murderer. Incidentally, hours after John’s body was discovered, his car was spotted running a light about two miles away from his house. However, the car soon crashed into a pole, and before the police could arrest the driver, he made a quick getaway on foot. Nevertheless, during the crash, the driver seemed to have bled a bit on the airbag, and detectives were able to develop a foreign DNA profile from that sample.

With no matches to the DNA already in the system, the case sat without any progress and soon went cold. Eventually, when cold case officers reopened the investigation, they found information about Torico Jackson’s previous convictions in John Ray’s briefcase. They even learned how John’s house had been burgled multiple times in the days leading up to the murder and that his co-workers were worried about his safety.

However, when investigating the victim, officers soon discovered that John had an account on a gay dating site through which Torico Jackson was able to contact him. Such revelations made Torico a person of interest in the case, and once his DNA matched the one recovered from the victim’s vehicle, the police charged him for his involvement in the crime.

Where Is Torico Jackson Today?

When Torico Jackson was identified as a suspect and charged with John’s murder, he was still serving time at the Valdosta State Prison on an unrelated 2008-armed robbery conviction. Nevertheless, when produced in court on homicide charges, Torico pled not guilty and opted for a jury trial. Subsequently, the jury found him guilty and convicted him on a count each of murder, felony murder, aggravated assault, burglary, and armed robbery.

As a result, in 2013, he was sentenced to two life sentences without the chance of parole, along with an additional 25 years in prison. Since then, Torico has tried to get his conviction overturned, but with his petitions denied, he currently remains incarcerated at the Smith State Prison in Glennville, Georgia.

Read More: John Ray Murder: How Did He Die? Who Killed Him?