Jon Garner’s Murder: How Did He Die? Who Killed Him? 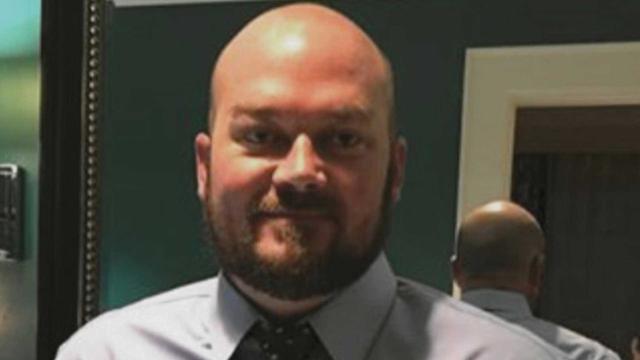 Touching on all aspects of the human experience, CBS’ ’48 Hours’ is a long-standing newsmagazine series that investigates several intriguing and horrific crime and justice cases that have shaken the American community to its core, while putting an emphasis on solving the mystery at its heart. The in-depth examination of each case offers us an unprecedented look into not only the offense but also the people it impacted. The episode, ‘The Case Against Sandra Garner,’ wherein virtually everything from the first moments of the investigation to the final verdict is caught on camera, is no different. Now, let’s find out everything about the murder of Jon Garner, shall we?

How Did Jon Garner Die?

Born on November 1, 1975, Jon Kevin Garner was a Waxahachie, Texas, native through and through. In early 2018, at the age of 42, he was working as the General Manager for DHL motors and living quite a happy life surrounded by his two adult step-children, Wesley Miller and Andrea Miller, along with his wife of 18 years, Sandra Garner. On January 2 of that year, though, everything changed. Just a few hours after Jon and Sandra celebrated their anniversary, the 55-year-old dialed 911 and hysterically told the dispatcher that a masked intruder had broken into their home and shot her husband while they were asleep.

She then said that she could hear her husband making noises, breathing perhaps, and asked what she could do. Sandra apparently performed CPR on Jon until officers arrived. And, as soon as they did, their first act was to search the crime scene, with their guns drawn, for the masked intruder. When no such person was found, and the home was cleared, Sandra told the police what had transpired. She explained that she woke up when she heard gunshots go off and started screaming, hoping that somebody, anybody, would hear her. But the intruder interfered and told her to shut up.

She asked him not to kill her, to which he replied that his job was already done. Then, this masked man made her give him money, around $18,000 and told her to count to a 100 before calling the police. By the time she finished her tale, Jon was already dead. Since the crime technicians couldn’t arrive at the scene for another 8 hours, considering that it was the middle of the night, the officer who was already there took his phone out and snapped dozens of photos of the crime scene, and Sandra, himself.

Later on, when everything was secured, and the area was canvassed, Jon’s body was taken so that an autopsy could be performed. The report from that confirmed that Jon Garner had been shot thrice in his sleep, on his bed, in his Maypearl, Texas, residence, and this his manner of death was without a doubt, a homicide. The investigators got the intruder’s description from Sandra, no matter how scant it was, considering that she only saw his eyes because they wanted to do everything possible to get Jon some justice. 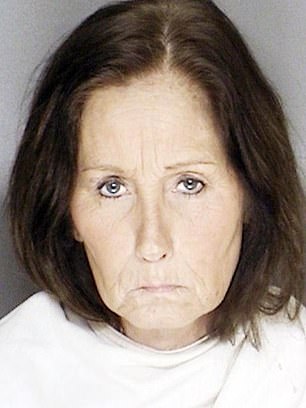 If official records are to be considered, the answer to this question is still a bit of a mystery. The man who Sandra said shot her husband to death has not been found yet. But in a strange turn of events, Sandra herself was arrested in connection with Jon’s murder just eight days after the incident. Let’s start at the beginning, though. On January 2, Sandra was taken to the Ellis County Sheriff’s Office and asked to recount her experience all over again, which she did, while appearing to be quite calm and collected for somebody who just lost her husband.

While this was happening, the investigators gathered evidence from her home and went through the couples’ electronic devices for any information. It was there that they found something extremely interesting. On Sandra’s electronics, they discovered that just a few days prior to Jon’s murder, she had searched “how to kill somebody in their sleep,” and clicked on the link which said, “16 ways to kill somebody and not get caught.” Furthermore, Jon was killed with a .38 caliber gun, and the officers had to go through his entire stock of about 50 pistols and 12 rifles to see if he had owned such a firearm. He did, and he had given it to Sandra, so they couldn’t find it.

On January 5, though, when the officials returned to the Garner residence to search for it once again and asked Sandra for the keys to her Mustang, which she gave begrudgingly, they found it. Once they opened her car door, they saw a plastic bag under the front seat. Inside it, wrapped in wet towels, was a rusty .38 pistol with no fingerprints or DNA. Sandra was questioned once again, thoroughly, but she stuck to her original story. And so, it was only five days later, when ballistics came back and showed that the gun found in the Mustang was the same one used to kill Jon, that Sandra was arrested and charged with murder.

Her bond was set at $2 million, which she couldn’t pay. Thus, for a year and a half, until her case went to court, she remained behind bars. In September of 2019, her four-week-long trial began, but despite all the testimonies and evidence showcasing, which also pinpointed that Sandra Garner had gunpowder residue on both her hands, she was found not guilty of the charge against her. After deliberating for three hours, the jury did not think the prosecution had made a case that went beyond a reasonable doubt, and so Sandra was set free. (Featured Image Credit: CBS News / 48 Hours)