Are Josh and Aika From 90 Day Fiancé Still Together? 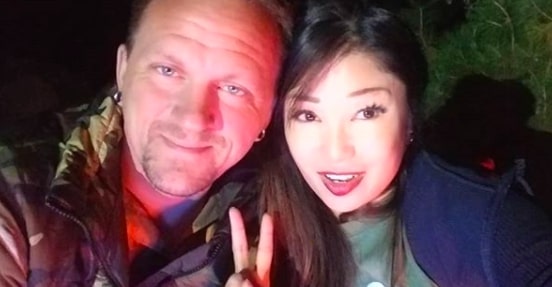 A lot can happen in 90 days, especially if it involves a K-1 visa. This forms the crux of TLC’s reality TV series, ’90 Day Fiancé.’ Finding someone you love is a special feeling. However, sustaining love is its actual test. And once you have emerged victorious from this, life ahead is relatively more straightforward. Or, is it? The viewers of this series can definitely tell you that the worst of your demons come out in love. This certainly doesn’t stop many from trying, though. In the triumphs and pitfalls of love, we want to know if the ones we rooted for are still together. An answer, we must have.

Josh and Aika were matched on a dating site by accident. Like the beginning of many romances, this unlikely twist of faith led them to fall in love with each other. Post this; Josh went to meet Aika in the Philippines. The couple who got engaged there came back to the US. They eventually did end up walking down the aisle at the end of their 90 days.

The perfectly crafted romance that led to their marriage wasn’t all sunshine and roses. Though relatively better than many iconic fights and events we have witnessed, the couple had a major hurdle to overcome before they could get together. Aika was very particular about the fact that she wants to have children. That, too, as early as possible, for she believed she would be too old to try later. However, there was a problem: the fact that Josh had gotten a vasectomy done when he was younger. This became the reason for much unhappiness and squabbles between the two. But this never stopped them from expressing their love for each other, and they eventually got married. After all, negotiations are the initial steps to a successful partnership.

Are Josh and Aika Still Together?

Josh and Aika are very much together. The couple even has a joint Instagram account in which they obsessively post pictures of their travels. That’s right; the two look as though they are indeed meant to be together as they travel all around and posts videos and pictures from their trips. Their love literally seems to have manifested into a journey.

The two have a YouTube channel where they post creepy or weird travel videos of places they have been to. The videos look like classic exploration videos, intended to induce some drama and suspense. It ranges from creepy abandoned wagons to getting caught in someone’s pool. In any case, these travel heads also seem to be on a mission to promote their upcoming travel vlog on YouTube.

The two, however, seemed to have taken a small break from Instagram since they are not currently traveling as much as they want to. But don’t worry. Their posts are still very happening with Valentine’s day greetings, dates, outings with friends, etc. They really are outgoing and seem to be making the best of what they have. The baby argument seems to have taken backstage with all the fun they are having at the moment. They must clearly miss their days from the show as they frequently post throwback pictures from their days of shooting for ’90 Day Fiance.’ The couple who seem to be on a streak of self-exploration, have amped up couple goals for the ’90 Day Fiancé’ fam.