Joshua Bell: Everything We Know 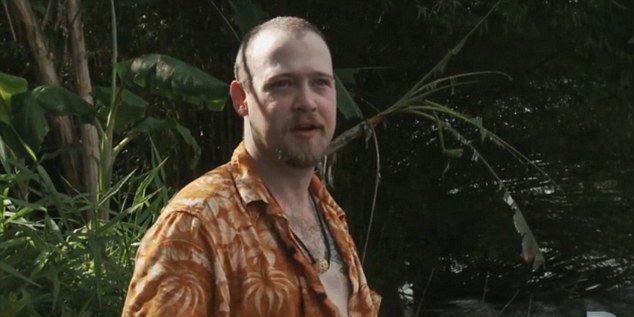 ‘Naked and Afraid’ centers upon a few contestants who test their survival skills by living in the wild for a couple of weeks and taking up challenges like finding their own food, building their shelter, and fighting extreme weather conditions. Apart from a weapon of their choice, the only thing the survivalists are allowed to carry with themselves is their will-power to survive in nature’s lap.

Joshua Bell AKA Duct Tape Boy is a former contestant on the survival series. He features in ‘Naked and Afraid XL’ season 6 and aims to improve his PSR ratings by living in the South African wilderness for 40 days. Want to know more about him? We are here to help you with that.

Joshua Bell: Where is He From?

Joshua was born in Florida, the southeastern region of the United States, to a close-knit family. When he was three, his family moved to South Carolina. Later, when Josh turned six, the Bell family had to make another jump to Roxboro city, in North Carolina.

The country boy has lived a farm life. At a very young age, Joshua was taught hunting and fishing by his parents, who produced vegetables on their land and bought the rest from the market. Although he doesn’t have a social media account, his Discovery bio states that he currently resides in the city of Statham in Barrow County, Georgia.

Joshua was 28-years-old when he appeared on ‘Naked and Afraid’ in 2014. Therefore, his age might be reportedly 34, as of today. The country boy is currently in Statham, Georgia, where he reportedly is learning new ways to improve his skills and endurance power.

Before he entered the show, Joshua ran a gunsmith business in North Carolina and used to spend a lot of his time hunting for food and taking care of his vegetation. He dedicated four years of his life to the United States Marine Corps, where he earned the fourth enlisted rank of Corporal. During his time in USMC, Joshua served in Iraq as well as Afghanistan.

In 2015, just two months after he quit the show, Joshua started a Go Fund Me page to garner $3,500 to join the rebellious group named The Lions of Rojava. Led by Jordan Matson, the multinational troop helps the Kurdish Militia to push back the ISIS extremists from Kobane, the northern region of Syria. Although Bell couldn’t manage to collect the money via the crowd-funder, his friend came up with the idea to sell T-shirts for his campaign. After combining all the funds with the cash Joshua earned after selling his rifle, Joshua successfully landed in Syria and fulfilled his dream of fighting on the frontlines.

Joshua Bell appeared on Naked and Afraid season 3. In the ninth episode titled ‘Nicaragua,’ Joshua embarked upon the 21-day journey with pet care specialist Amanda Leigh. He chose an interesting object as his weapon of choice – A duct tape.

Sadly, he tapped out of the challenge in just five days and couldn’t do much with his tape other than making a duct tape bikini for Amanda, a blanket, and a mug.

Joshua had quit smoking just before entering the show. Therefore his body started to show withdrawal symptoms from Day 2. Things got dangerous when he began puking blood, and the medics had to rush to his aid. After his perpetual puking, Josh opted out, and Amanda completed the challenge all by herself. Since then, he has been touted by the fans as the ‘Duct Tape Boy,’ and he aspires to change that perception.

Read More: Where is Naked and Afraid XL Filmed?