Journey to the Savage: Everything We Know 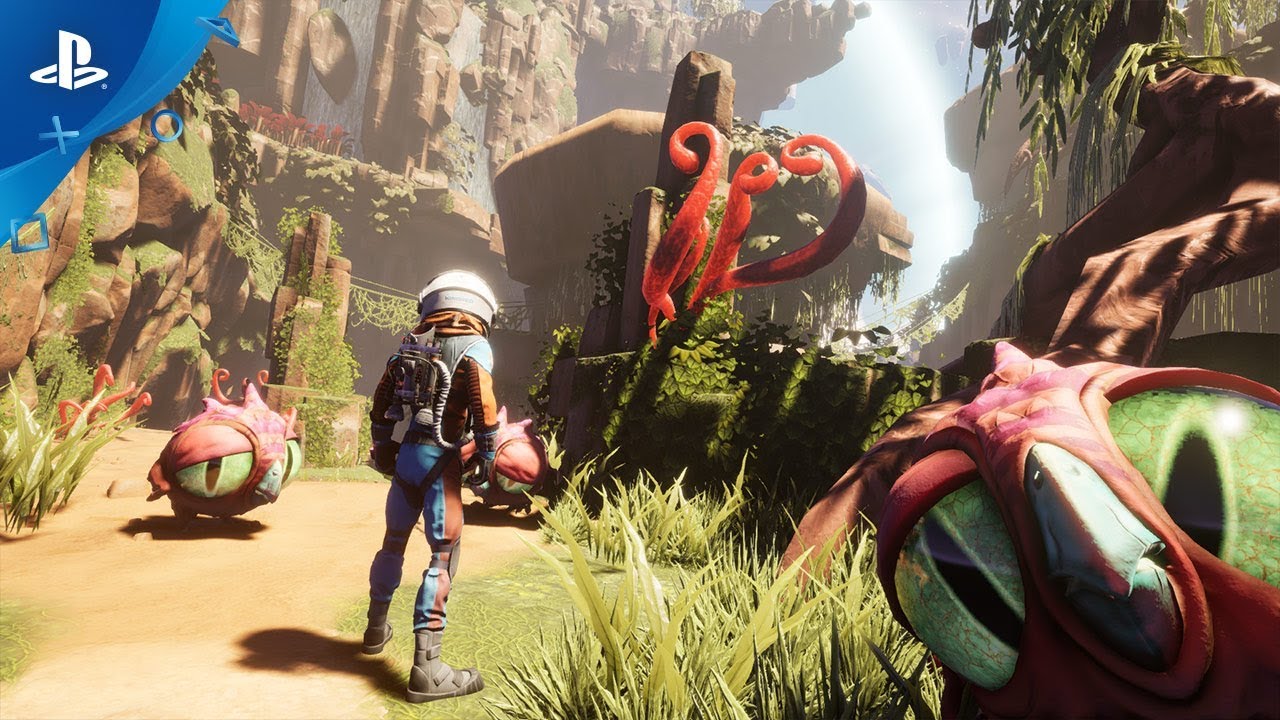 There has been this belief in the high-profile AAA gaming industry over the past few years that bigger is always better. Bigger open worlds, dazzling action set-pieces, more missions, more collectibles, more unlocks and many more hours of gameplay. Alex Hutchinson, founder of Montreal based Typhoon Studios has a problem with that kind of thinking. Hutchinson craves a more focused and digestible experience that people can unwind with after a long day at work; something that delights the senses, makes you laugh and doesn’t take a month to finish playing but doesn’t compromise on the quality of the experience. Hutchinson’s desire is what inspired him to quit his job at Ubisoft in 2017, start his own video game studio, and create ‘Journey to the Savage Planet’.

First announced in December 2018 at ‘The Game Awards 2018’, ‘Journey to the Savage Planet’ is a vibrant and highly evocative sci-fi exploration and adventure game reminiscent of Hello Games’s ‘No Man’s Sky’ and the more recent ‘The Outer Worlds’ by Obsidian Entertainment. This was quickly followed by a gameplay trailer reveal at E3 2019 in June, as well as a co-op gameplay trailer unveiling at the recent PAX West 2019 event. With the game now finally having been assigned a concrete release date, here’s everything we know about ‘Journey to the Savage Planet’:

Journey to the Savage Planet Plot: What is it About?

Unlike the heavy focus on intergalactic war, dystopian societies and evil genocidal aliens in most modern sci-fi video games, ‘Journey to the Savage Planet’ instead opts for a much more tranquil vibe. The game focuses on the joys of exploration, discovery and wanderlust as you trudge along on the wonderfully psychedelic world of the planet AR-Y 26, all the while discovering its unique local flora and fauna. You wear the shoes of an enterprising astronaut and explorer working for the hilariously inept Kindred Aerospace corporation (by their own admission, they are only the 4th best interstellar exploration company in the galaxy). You are tasked with exploring the planet, documenting its ecology and investigating a strange tower like structure out in the distance.

The web page for the game describes it as follows: “As an employee of Kindred Aerospace, which proudly touts its rating as the 4th Best interstellar exploration company, you are dropped onto an uncharted planet deep in a fictitious, far away corner of the universe. Launched with high hopes but little equipment and no real plan, your job is to explore, catalog alien flora and fauna and determine if this planet is fit for human habitation. Onward to adventure! Good luck – and mind the goo!”

Despite the title, there is nothing particularly savage about AR-Y 26. Most of the goofy looking creatures that inhabit the world are relatively harmless and pose no real threat to the player character. In fact, more often than not, it is quite the opposite – some creatures are so frightened by your presence that they will actively run away from you screaming bloody murder. Instead of taking itself too seriously, ‘Journey to the Savage Planet’ embraces the silliness of its premise and revels in moments of humor, many of which are provided by your ship’s snarky and irreverential Artificial Intelligence.

Journey to the Savage Planet Gameplay

‘Journey to the Savage Planet’ is a first person co-op adventure game with a focus on exploration and discovery. The mission structure is far from linear, and the player is encouraged to explore every inch of the beautifully handcrafted alien world of AR-Y 26. The planet itself consists of four different biomes, each with its own set of indigenous flora and fauna, along with different challenges to overcome. Most of the world is inhabited by timid creatures who pose little to no threat to the player character.

However, the inverse is definitely not true as players can use the slap and power slap mechanic to terrorize the local wildlife as you go about slapping puffer birds and little purple two-headed dinosaurs. Occasionally, you will come across the odd, overly aggressive species of wildlife here and there that will attack you back as well, but they can be quickly dealt with by your laser blaster.

The game also features a progression system that requires the player to mine minerals and gather other raw materials to craft upgrades such as the grappling gun, which serves to enhance your mobility. Mobility is quite important in ‘Journey to the Savage Planet’ since the game emphasizes verticality and definitely has some first person platformer elements, as well as some completely optional stealth elements.

Finally, the icing on the cake is that ‘Journey to the Savage Planet’ will also feature two player cooperative play throughout the entire campaign. The ability to share your experience with a friend will surely add to the appeal of the game even more.

Journey to the Savage Planet Developers: Who Are The People Behind It?

‘Journey to the Savage Planet’ is being developed by newly formed Canadian development company Typhoon Studios. Typhoon Studios was formed in 2017 by Alex Hutchinson along with a number of ex Electronic Arts, Ubisoft and Warner Bros. employees, as well as other industry veterans. Hutchinson himself is a long time industry stalwart, having previously helmed mega projects such as ‘Assassin’s Creed III’ and ‘Far Cry 4’ as Creative Game Director at Ubisoft. ‘Journey to the Savage Planet’ is being published by 505 Games, who are best known for publishing many popular games such as ‘Payday 2’, ‘Assetto Corsa’ and ‘Terraria’.

Journey to the Savage Planet Release Date: When And Where Can I Play It?

‘Journey to the Savage Planet’ is set to be released on January 28, 2020. At the time of launch, the game will be playable on PC, PlayStation 4 and Xbox One.

Journey to the Savage Planet’ Trailer:

The E3 trailer for the game showcases the delightful world of ‘Journey to the Savage Planet’, along with some gameplay as well. You can check it out here: