10 Games You Must Play if You Love ‘Far Cry’ 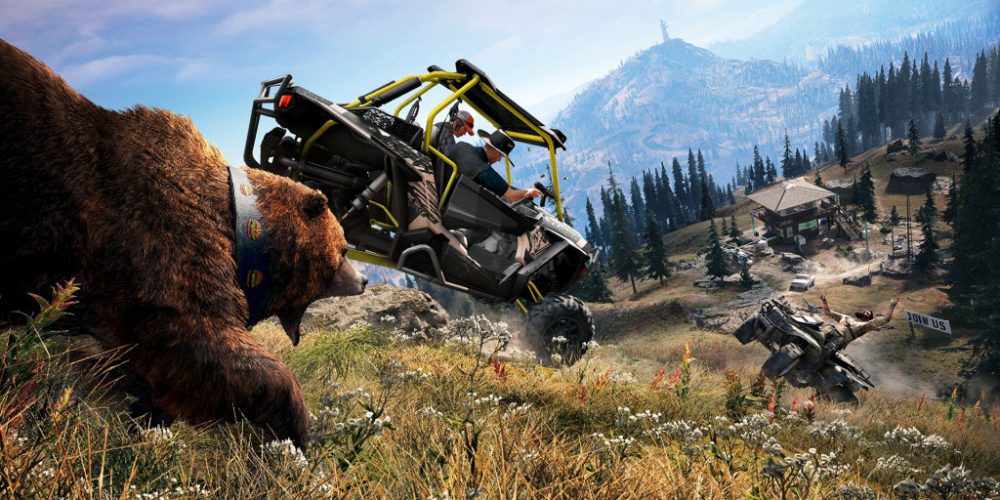 Far Cry is a first-person shooter video games published by Ubisoft. The first version of the game came out in 2004. The theme of all the Far Cry is about placing the player in a wilderness environment where they must help fight against one or more despots that control the region as well as surviving against wild animals that roam the open spaces. If you happen to enjoy playing Far Cry games, you are at the right place. Here is the list of video games similar to ‘Far Cry’ that are our recommendations. You can play these open world games like CSGO on mac, PlayStation 4, Xbox 360, Xbox One and even online. 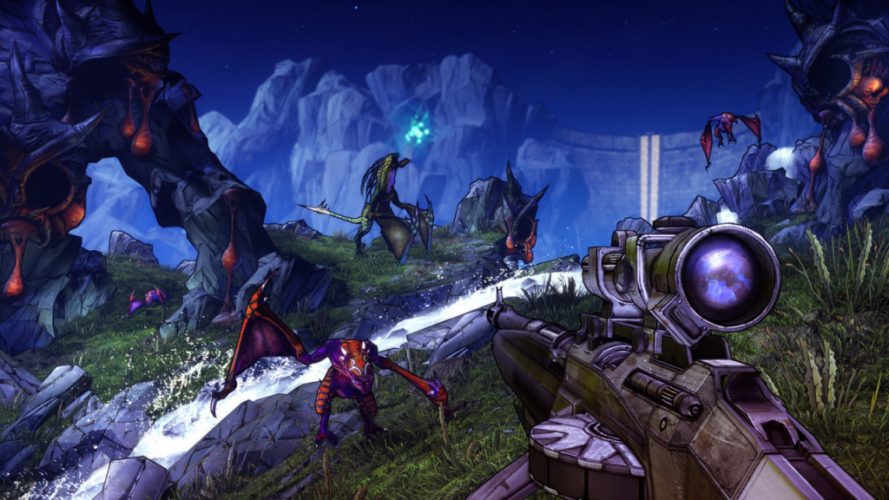 Borderlands 2 is an action co-op role playing game set in a steampunk setting. The first thing you will notice about Borderlands 2 is the brilliant art style and direction that instantly creates a good impression on the player. In addition, the game world is sprawling with entities that will both entice you and scare the hell out of you at the same time. The campaign is set in a quest based format where you need to complete a base set of objectives and gather loot. At the start of the game you are given a choice of 4 (6 in the DLC versions) characters each having its special attribute. You are bounty and treasure hunters in a post apocalyptic world and your main objective is to hunt down rare treasures and you are rewarded for the same. The co-op gameplay features are some of the best we have ever played so don’t miss this one if you’re a fan of the Far Cry series of games. 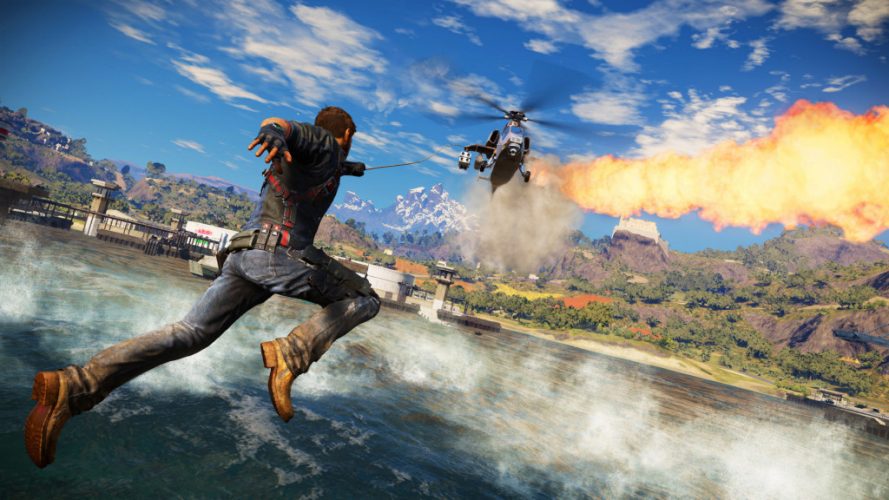 Just Cause 3 can very well be called a mayhem and madness simulator and still it wouldn’t do justice to the amount of destruction you can cause in the game. The title literally depicts the entire gameplay of the game, its merely there just cause it’s there and no one would mind if you blow it out of the way, you know, just cause you can. We cannot really vouch for the amount of mayhem you can cause in Medici with just your grappling hook alone and we’ll leave you to figure out the rest. Just be aware that with every action comes a great big explosion, because that’s exactly the law that is followed in Just Cause 3. If you love the mad world and its ingenious creations of destruction then you are bound to love Just Cause and we highly recommend this to fans of the Far Cry games. 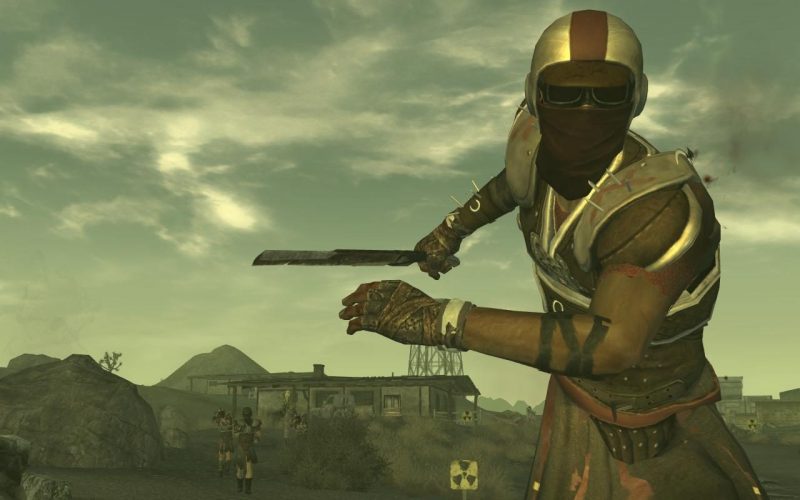 Fallout: New Vegas is one of the best action role playing games of all time set in a post apocalyptic setting and a map that is similar to areas of California, Nevada and Arizona. The game acts as a follow up to the massively successful Fallout 3 and expands upon the gameplay features while polishing the various mechanics within the game. It also provides the player with a more streamlined experience than the original game with perks such as a better character selection screen that takes considerably less amount of time when designing your characters. The game takes place 4 years after the events of Fallout 3 and follows a similar gameplay mechanic as that of Fallout 3. Also, appropriate to the Vegas setting, the player is able to gamble when they access the various casinos scattered throughout the game. This is one of the best post apocalyptic experiences you can have on a modern gaming console and if you have been a fan of the Far Cry series, then you are bound to love this one. 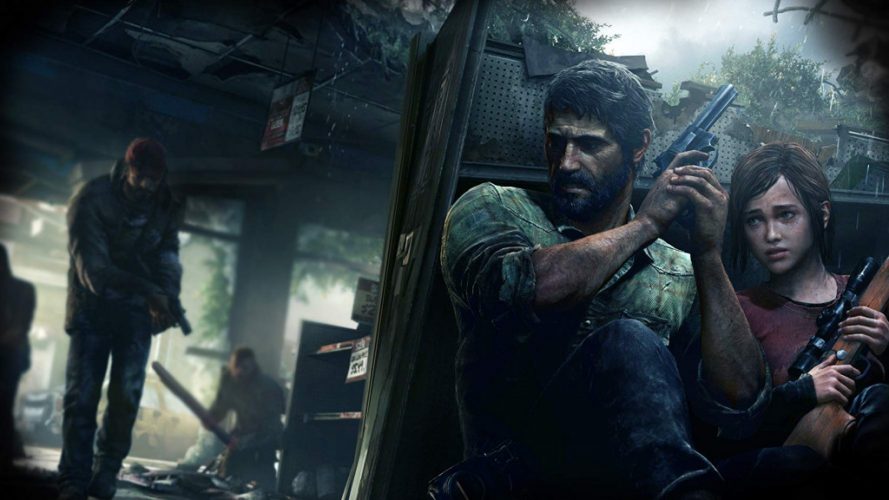 We can’t stop stressing on how good of a game The Last of Us is and if you have not yet played this game, then you are missing out on one of the most definitive gaming experiences presently available. The Last of Us is a survival horror action adventure video game developed by Naughty Dog and published by Sony Entertainment exclusively for the PlayStation 3 in the year 2013. The game tells a haunting tale of love, drama and separation in a world ravaged by zombies and waking nightmares. It has been widely praised for the narration and gameplay that is sure to leave you with a certain sense of loss upon completion. The visuals and the cut scenes in the game are a treat to watch just like the Far Cry series, so make sure you have time on your hands before you start playing through this one. 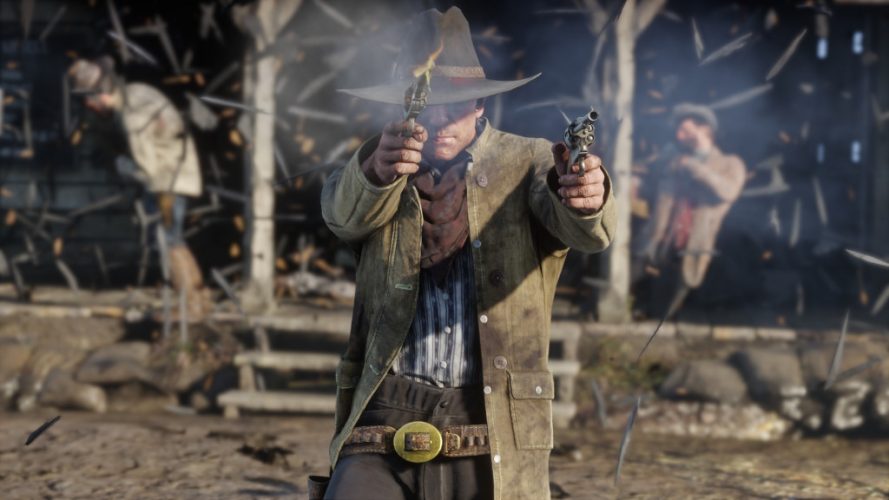 Red Dead Redemption 2 is the long awaited successor to the massively popular action adventure game Red Dead Redemption and further improves the mechanics of the parent game, if that’s even possible! The game was developed and published by Rockstar Games and similar to their titles, features a huge sprawling open world spread across miles of land. Set in the Wild West, it allows the player to experience the lifestyle of an outlaw residing in late 18th century United States. The game has a huge campaign told through missions that you really need to witness for your own very similar to that of the Far Cry games. Whether you want to follow up the storyline or take a stroll down the countryside is entirely up to your wishes making the game extremely open ended for the player. It is possible for players to have hours of gameplay in the game without even progressing the main storyline owing to the beautiful world design and the variety of side quests available to the player. 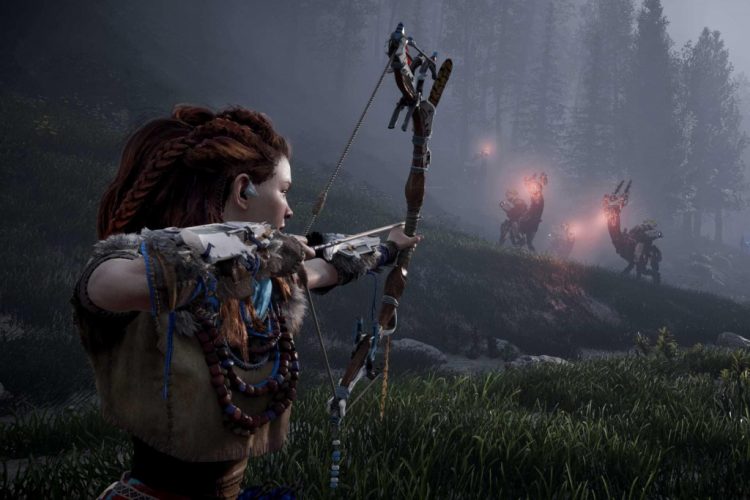 Horizon Zero Dawn is set in a beautiful lush post apocalyptic world inhabited by huge majestic mechs, a leftover from the previous civilization that used to dwell there. There are no other traces or vestiges of intelligence left and the new generation has grown used to the mechanical creatures and has even started worshipping the various mechanisms they have found within caverns mistaking the AI within the machines for Gods. The game follows the story of Eloy and how she learns and educates herself about these ancient technologies allowing her to wield power that is beyond the grasp of her people. The story is a brilliant depiction of the decisions taken by mankind and its resulting implications told through a brilliant AI narrative and breathtaking visuals and cutscenes. We highly recommend this game to anyone reading this list regardless of whether you like open world adventures or not because this game has the potential to change minds. The world design is very similar to that of the Far Cry games and hence Horizon Zero Dawn finds its place at the top spot in this list.

Another masterpiece from Sony Computers is having ‘Naughty Dog’ to repeat the same magic which pulled off the Uncharted franchise; ‘The Last of Us’ has everything to offer us which we expect from a game developed under the supervision of Sony Computers. Due to being developed by the same team as Uncharted the games has a very close resemblance. The most anticipated second part of this game is yet to be announced in the year 2019. 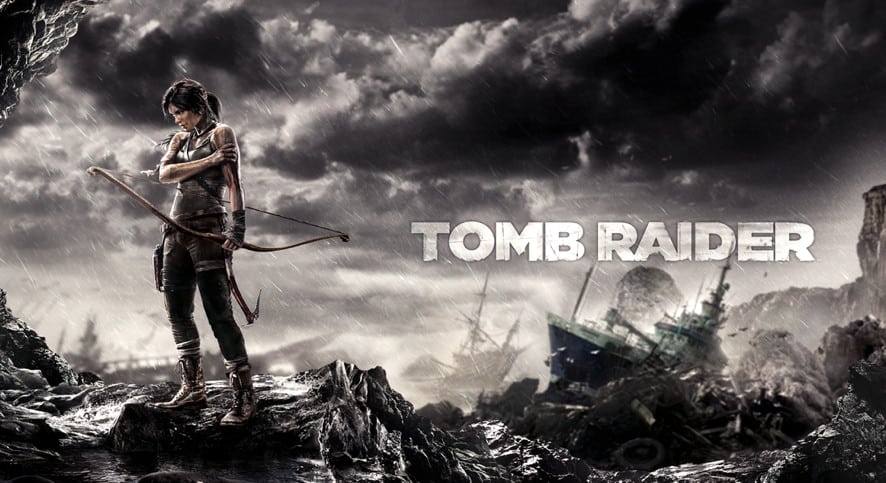 Before the reincarnation, this game franchise was quite famous for portraying the character like a sex symbol and an eye candy. In 2013 Crystal Dynamics & Square Enix showed us that there is more to this character than that. Finding a flaw in this game is tough. Even the innocent face of Lara chasing for survival is a work of perfection which takes part in making this game a huge success. From character development to gameplay, from story representation to music this game delivers us everything. I must say that we could not have a better Lara Croft than this.

Sony Computers is known for producing masterpieces, and since while making this list I have put story representation at the topmost priority, you are going to come across a lot of great games Sony Computers has published so far. According to me Sony Computers has the best game development team blessed with a Midas touch. Nathan Drake’s inclination towards history and his never-ending persuasion towards ancient treasures to make him rich have given us an adventurous and thrilling journey four times in a row. Your soul would urge you to play this game if you have not touched it yet. So what are you waiting for?

With my experience I can assure you that Darksiders-1 is by far the best game THQ has ever published considering not only are the category of games it is known to release but also the disappointing phase it had given to this franchise in the form of Darksiders 2 The more significant part of this game is a replica of ‘God of War’. The weapon inventory, gameplay commands, the initial few minutes of the game they all predictably remind us of every ‘God of War’ game which we have enjoyed playing. Though the gamer won’t remember this game after finishing it like ‘God of War,’ however it will let us enjoy every moment of it.

The reason why we enjoy this game after playing it repetitively is its unique selling proposition that never lets us get into the abyss of boredom. Devil May Cry and God of War franchises are two of a kind. It won’t be kind to compare these two great franchises. Both games have a rare similarity which does not go beyond the use of blades. None of the Devil May Cry games are known for their larger than life stories but the style their every frame has projected and the command and allows the gamer to Havoc the enemy recklessly.