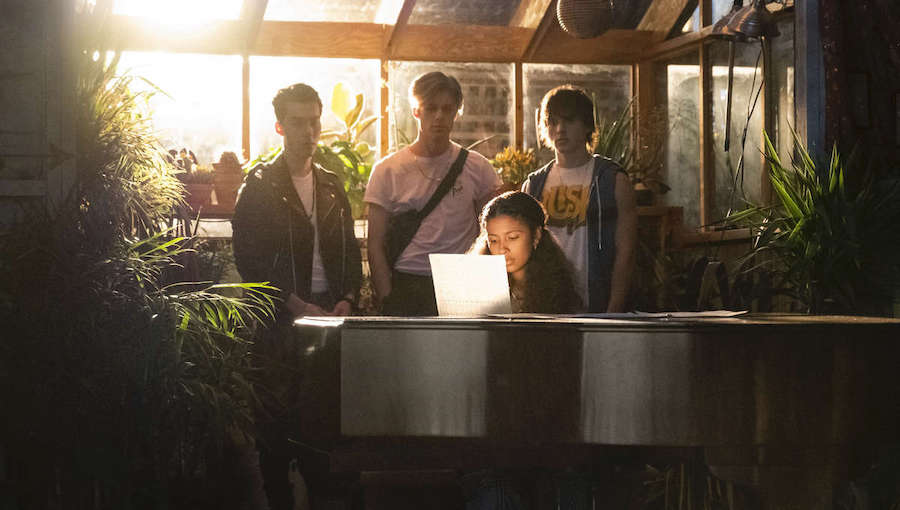 If you thought ghosts and musicals could not go together, think again. Netflix’s ‘Julie and The Phantoms’ presents a story that surprises you on a number of levels. It is a light-hearted teen drama that taps into the emotional journeys of its characters to bring some depth to the story and also tackles a supernatural storyline to infuse itself with mystery. Its structure relies on the three genres it hopes to balance over the course of nine episodes, and it largely succeeds at that. While its predictability might be a deterrent to some, its heartfelt and soulful music has the power to captivate the audience. It might not be the best teen drama produced by Netflix, but it is better than most.

Julie and The Phantoms Season 1 Recap 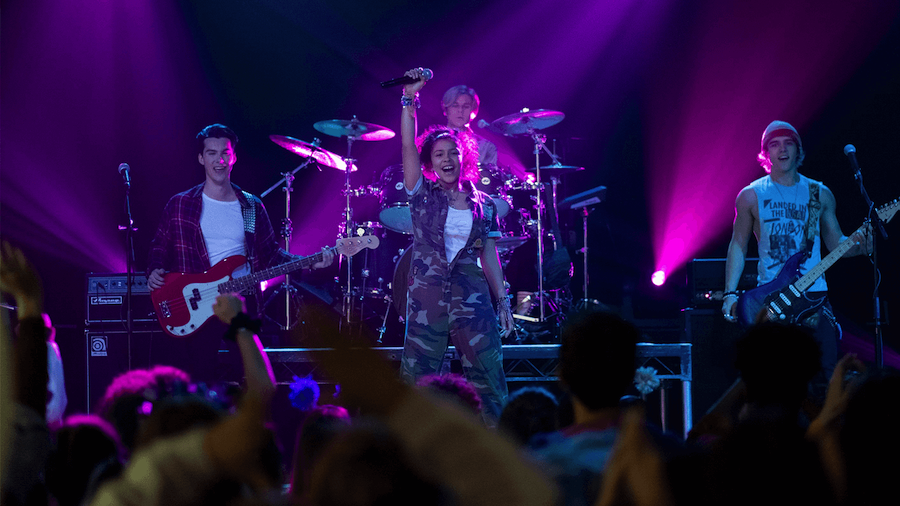 Julie is a promising singer-songwriter but has lost her spark for music since the death of her mother. It is while cleaning the garage of her house that she chances upon the CD of a band named Sunset Curve. When she plays it, three seventeen-year-olds appear in front of her. It turns out that they had died twenty-five years ago. After being stuck nowhere for all this time, it is only now that they have come back as ghosts. Soon enough, it is revealed that Julie is the only one who can see them, but when the four of them play music together, the others can see them too.

When Julie’s best friend Flynn discovers her secret, she names their band Julie and the Phantoms and starts booking gigs for them. In between this, the Phantoms discover that the fourth member of Sunset Curve, who was the only one left alive, is now Trevor Wilson, an extremely successful musician. He has made his money by producing their unfinished songs, never giving the Phantoms any credit. To get back at him, they seek the help of a mysterious ghost named Caleb. He offers to give them what they want, but they have to join his club. The Phantoms turn down his offer because they are content in their collaboration with Julie, but Caleb won’t let go of them so easily. Trapped by him, the only way out for them is to find out their final wish, complete it, and then move on to the other side. If they fail to do so, they’ll be destroyed forever.

Meanwhile, Julie faces fierce competition at school from a girl named Carrie. She is Trevor’s daughter and had been Julie’s friend at one time. Now, they are almost each other’s enemies, and also, Carrie is dating Nick, whom Julie likes. This love triangle also presents some complications in her life. Things become more difficult to handle when Julie’s brother, Carlos, gets hell-bent at finding out the ghosts hiding in their house and exposing them to the world.

Julie and The Phantoms Season 1 Review

To sum up ‘Julie and The Phantoms’, it is a show strictly for teens and pre-teens. With a premise that offers some originality (if you ignore the Brazilian inspiration), the rest of the series is pretty much the same teen story that repeats in every other show. That, however, does not mean that this Netflix series is not enjoyable. It is, in fact, a staple family drama where children not only get entertainment through the varied mysteries of the show but also learn some things along the way from the characters, especially its headstrong protagonist.

The music of the series is a scene-stealer. The tunes are catchy and even if it might not be the best music around, it has a strange way to latch on to your brain and replay at the oddest of times. The show also benefits from a good bunch of young actors who display their musical and acting skills and keep things entertaining on all ends. The ending leaves a lot of questions and sets the stage for a second season pretty neatly. While one would love to know more about the mystical rules of the ghost dimension and all the drama that follows it, we also wish that the first season had covered some bases. The answers to some questions could have been provided, and this knowledge would have only increased our investment in the story. With almost everything kept in the dark, we feel like an outsider.

Whatever slacking ‘Julie and The Phantoms’ exhibits here, it makes up for with the likability of its characters. Cheyenne Jackson as Caleb Covington presents an intriguing antagonist, and the fact that he doesn’t have more screen time is one of the grievances the audience might hold about the series. Booboo Stewart’s Willie is adorable, and the Phantoms are the ghosts that we root for. Our interest in these characters is also one of the factors that take us through the season, and before we know it, the finale is upon us.

‘Julie and The Phantoms’ is a breezy watch and can be consumed as a snack between the bingeing of heavier dramas. The adult audience might not be as gravitated towards it, but adolescents are more prone to like it. All in all, it serves an interesting mix of the genres of teen, supernatural, and music, and while it might not particularly shine on all fronts, it does give you enough to want to stick around for more.