The sudden disappearance of a teenager in April 1990 left the family wondering what really happened. The authorities looking into Julie Stanton’s disappearance had a suspect but no concrete evidence to tie him to the vanishing. Investigation Discovery’s ‘The Case That Haunts Me: Project Hitchhiker’ chronicles what happened to Julie and how the police zeroed in on the culprit. So, if you’re curious to find out more, we’ve got you covered.

How Did Julie Stanton Die?

Julie Ann Stanton was born in Liverpool, England, in August 1975. At the time of the incident, she lived in Pickering in Ontario, Canada. The 14-year-old was described as a free-spirited and well-liked person with a great relationship with her parents. So, it was unusual for her to have suddenly gone missing on April 16, 1990. Julie’s parents were worried when she didn’t return home, which began an extensive search.

The initial assumption of Julie being a runaway quickly gave way to a far more disturbing belief. However, the search for her was futile. Through investigation, the authorities ascertained she had been killed but had a tough time finding her remains. In June 1996, a farmer called the authorities after finding skeletal parts. Julie’s remains were found in Peterborough in Ontario. By then, they had been affected by the elements and animals, making it difficult to confirm a cause of death.

The authorities had a suspect in their crosshairs straightaway — Peter Stark, the father of Julie’s best friend, Kim. Neighbors had seen Julie get into a car on April 16, 1990. The driver and the vehicle matched the description of Peter and his car. Furthermore, he was reported to have met Julie that afternoon for lunch to talk about Kim. However, there wasn’t enough evidence to arrest Peter, so the case stalled. 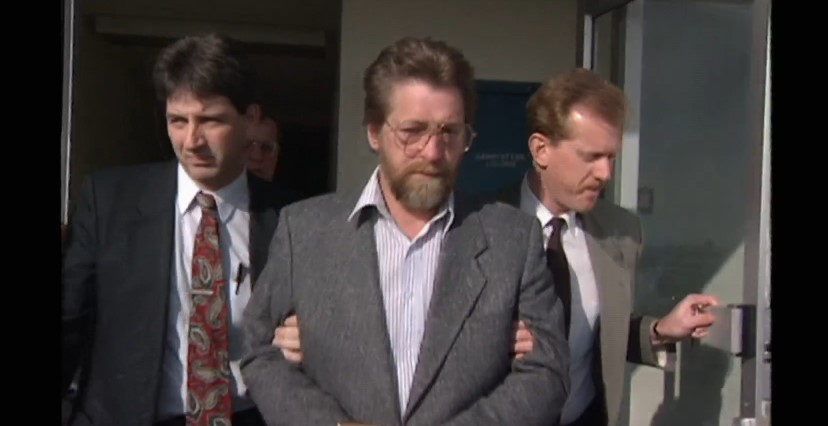 The investigators learned more about Peter’s history and discovered some disturbing things. He had a history of violence against women. Sometime during the 1960s, Peter picked up a hitchhiker before asking her to have sex with him at knifepoint. A struggle ensued, with Peter stabbing her several times. However, the hitchhiker escaped. For this, he was sent to prison for only six months.

According to the show, 31-year-old Maria Woods disappeared in 1981 and had been dating Peter around that time. Maria’s remains were found five years later, and eventually, a forensic anthropologist confirmed that she had been shot. A shell casing found at the crime scene was fired from a rare gun. Peter’s father gave him the same kind of firearm back then.

Furthermore, Peter’s behavior when Julie disappeared aroused the authorities’ suspicion. On that day, he picked his wife up later than usual. Peter also had scratches on his back and loved disheveled with dirt on his clothes. Regarding all of that, he claimed to have been trying to fix the catalytic converter of his car. However, the model Peter drove didn’t even have a catalytic convertor.

How Did Peter Stark Die?

Peter Stark was eventually found guilty of first-degree murder in December 1994. The prosecution stated that he met Julie by claiming to talk about his daughter but then raped and killed her with an ax. Peter was convicted despite there being no body. At the time, a jailhouse informant claimed that Peter confessed to him in 1992 about the murder, saying that he killed Julie because she turned down his sexual advances and he was worried about her telling her parents.

In 2000, Peter’s lawyer tried to argue for a new trial, claiming that Julie’s remains — which were found in 1996 — didn’t seem to show any evidence of being chopped by an ax. However, he was unsuccessful. Peter was allowed to leave prison to receive medical attention for an unspecified illness during his later years. He died at the Bath Institution in Kingston, Ontario, on August 27, 2016. Peter was 71-years-old at the time of his death, and the cause was not made public.