48 Hours: Where Are Karen Anderson and Josie Artin Today? 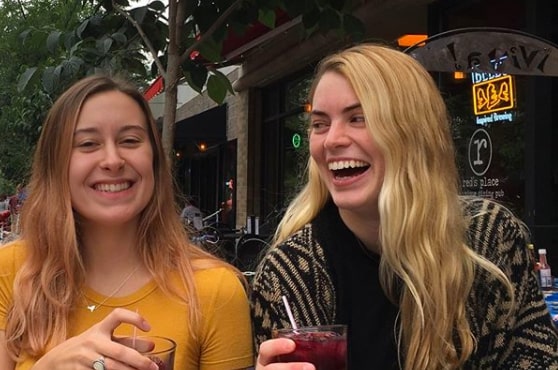 The Haley Anderson murder case spooked the nation when the details of the crime saw the light. Her friend, Orlando Tercero, was charged with her murder. The two were nursing students at Binghamton University. They dated for over a year after which Anderson ended the relationship, hoping to remain friends with Tercero. However, Tercero wanted to continue the relationship. As a result of which the two had many conflicts.

Tercero would often have a problem with the men Anderson dated. Once, things got really heated when Tercero fought with Anderson over her dating one his friends. The fight was resolved the same night. This, however, didn’t seem like the end as Anderson eventually filed a police complaint with the claim that Tercero might have slashed her car tires.

The tension between the two saw a horrific end when Josie Artin, Anderson’s friend, was unable to reach her after a night of hanging out and having drinks. She was supposed to meet Anderson for a poetry reading session. However, when she did not turn up, Artin and her friends were worried. The next day, they used the ‘Find My Friends’ app to track the whereabouts of Anderson. They soon found out that she was at Tercero’s apartment. Upon reaching his apartment,  they found out that Tercero’s car was not there. They broke in through the window to find a dead Haley, covered in bruises and strangled to death.

Everything that followed was a gigantic emotional rollercoaster for Artin, Anderson’s parents, and everybody who knew her. Tercero was found to have fled to Nicaragua, where he was eventually arrested, tried, and sent to prison. At the end, when Tercero was sentenced to 30 years in prison, who eventually attempted to get his sentence reduced, the real victims ended up being her family and friends.

Where Is Karen Anderson Now?

Karen Anderson, Haley Anderson’s mother, has been quite vocal about the situation post her daughter’s death. Like any parents who would want justice for their daughter, they wanted Tercero to be tried for the crime in the US. However, due to legal issues of extradition, it did not happen. The family is now happy that justice was served in great capacity as Tercero was sentenced to prison for femicide. In an interview with News12, where Karen Anderson recollects a conversation she had with Tercero over live stream, she said: “She trusted you. She thought you were her friend and she tried to help you. And I said that’s the punishment she got.”

The mother is devastated by the loss the family incurred at the demise of her daughter. She still feels pained about how her daughter’s virtues were used against her, and the ultimate people who suffered a loss ended up being her family and friends.

Where Is Josie Artin Now?

Josie Artin was Haley’s close friend and roommate. It was Artin and her friends who used the app and tracked down Anderson to find her dead. As painful as it is to find out your friend is gone, the enormity of it is amplified when you come to know that they suffered horrifically and is now robbed of a future they could have had. In any case, she continues to live and be reminded of her close friend. On Instagram, she recently posted a throwback photo of them together.

Josie Artin in an interview with CBS, trying to put together the last she saw of her, said: “She had told me that she was going to come and watch me read poetry at poetry night that Thursday, and then she didn’t show up.”

As the mandate of life goes, Artin too seems to be on the path to recover and heal, keeping herself occupied with her farm friends and her partner.