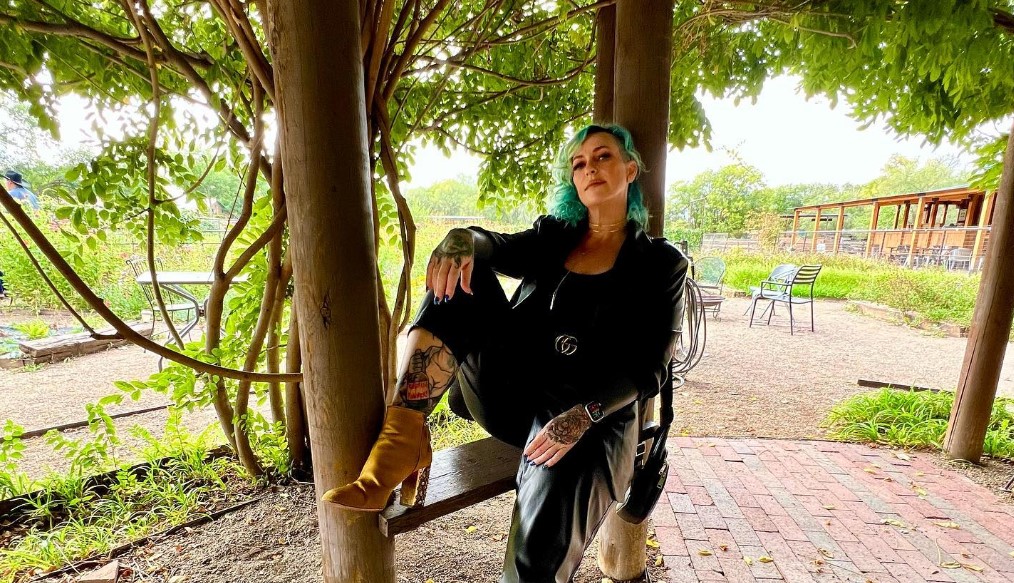 If you are interested in cocktails and want to learn more about the art of mixology, Netflix’s ‘Drink Masters’ is right up your alley. The show brings together the best mixologists and bartenders from around the United States and Canada before having them face each other in a fight for glory. While a single contestant is eliminated after each challenge, the tasks get progressively difficult until the final three remain. Eventually, the person who gets to impress the judges the most is awarded a significant cash prize along with the title of Drink Master.

Experienced bartender and mixologist Kate Gerwin impressed all with her confidence and expertise. While the Albuquerque resident claimed that she had attended almost every competition in the industry, she also mentioned that she wanted to win to make her family proud. Well, let’s find out where Kate Gerwin is at present, shall we?

Born in California, Kate Gerwin had a seemingly happy childhood. She has always been pretty close to her loved ones and values familial bonds over everything else. Growing up, she discovered her passion for bartending and soon decided to turn it into a profession. Armed with her enthusiasm to learn and determination to do better, Kate wasted no time in making a name for herself in the industry and is presently a force to be reckoned with.

On the show, Kate mentioned that since she was based out of Albuquerque, competing with talented mixologists from places like New York and Washington, DC, was a dream come true. As Albuquerque is just a tertiary market, opportunities are rare and far between. Still, Kate stated that she loves to win and since ‘Drink Masters’ is the biggest competition out there, she was ready to prove herself to the people who rely on her. Naturally, her experience helped her make an immediate impact on the show, and she impressed the judges in the very first challenge.

However, in the challenges that followed, Kate’s concentration seemed to waver a little, and the judges asked her to pick up her game. Not wanting to give in to failure, Kate pulled herself together and led her team, consisting of Michael Anderson and Alex, to victory in Episode 4. While most other contestants seemed to break under stress, often making minor mistakes that cost them the competition, Kate stayed focused all throughout, as handling a high-pressure situation seemed to come naturally to her.

Besides, even though there was some friction between Kate and a few of her co-participants in the beginning, people soon warmed up to her, and Kate began building connections. Eventually, Kate shone above the rest in the semi-finals and was the first to book a berth in the grand finale. However, her efforts ultimately fell short of LP’s creations, and Kate had to exit the show as a runner-up.

Where Is Kate Gerwin Today?

Kate Gerwin has had a long career in the hospitality sector and established the now-defunct Imbibe Cigar Bar in Albuquerque. In 2014, she was the first female to win an international bartending title and the first US citizen to be crowned the winner at the Bols Around the World Bartending Competition. The victory gave a massive boost to Kate’s confidence, and she went on to work as a General manager at several organizations, including HSL Hospitality and Abbott Square Market.

Additionally, Kate designed and managed Front & Cooper, a successful split bar in one of Santa Cruz, California’s public markets, from 2017 to 2020. At present, Kate is based out of Albuquerque, New Mexico, where she owns and operates the Happy Accidents Bar. She even teaches at the Bar 5 Day Program. While the Happy Accidents Bar was established in September 2020, it won several awards, including the 2022 Albuquerque Journal Reader’s Choice award and the Best New U.S. Bar award, which he won twice.

Moreover, Kate herself has been featured in several publications, has made it into the Dame Hall of Fame, and has been named in the list of “Top 100 Most Influential Figures in the World” by Drinks International. It is pretty impressive how even with all this success, Kate is still determined to give her best. Moreover, with her being a proud mother to her daughter, we wish her the very best for the years to come.