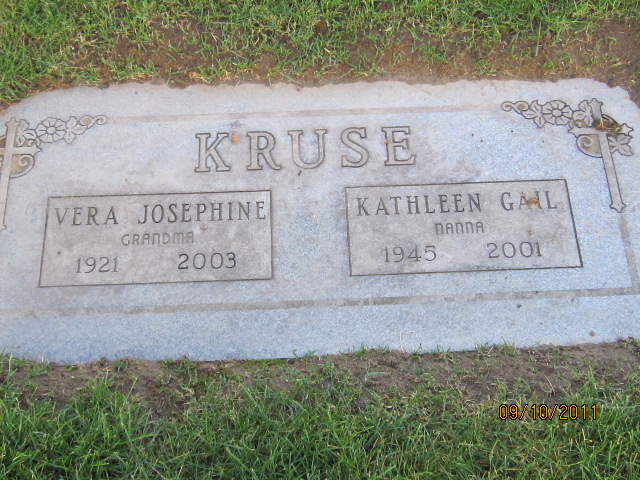 Investigation Discovery’s ‘Twisted Love: If I Can’t Have You’ explores how love transcended its boundary to transform into a blind obsession that ultimately took away two lives. Kathleen Seely lost her life in the hands of an obsessed lover in Coeur d’Alene, Idaho, in September 2001. But what happened to her assailant? If you’re intrigued to know more about the case, we’ve your back. Let’s find out then, shall we?

How Did Kathleen Seely Die?

Kathleen Gail Kruse Seely was born on July 17, 1945, in Colorado. She met Stephen Austin in 1967 and dated for a very short period of time before getting married in December of that year. The couple had 3 kids, with Mark being born in 1969, Kevin in 1970, and Abby in February 1972. Kathleen was a stay-at-home mother, raising her children and getting them to church and other activities. The family moved from Denver, Colorado, to Coeur d’Alene, Idaho, in 1983.

Kathleen had wanted to be closer to her mother, but there might have been some issues with Stephen’s workplace that played a major reason behind the family shifting to a new place. After all her children graduated and went off, Kathleen decided to get a degree. She enrolled herself in the North Idaho Community College and joined the nursing program. Meanwhile, after 25 years of being married, Stephen and Kathleen’s marriage seemed to fall apart, and the couple divorced in 1992 after Kathleen had graduated from nursing school.

She joined the Life Care Center of Coeur d’Alene, a nursing home, while she dated a few men. A few months later, she also met Stephen Seely, and both of them got engaged. On September 9, 2001, the Kootenai County Dispatch Center was flooded with numerous 911 calls from North Idaho Behavioral Health, claiming they have a hostage situation with one of the subjects armed. According to police reports, officers set up a parameter to tackle the situation but stormed in when they heard around 6-7 gunshots at around 2:45 pm.

The officers vacated the building, taking the children and 11 staff members to safety while Kathleen, her assailant, and a nurse remained inside. The officers entered the building again after several hours of inactivity to find the nurse safe but Kenneth dead. She had been shot four times by the assailant before he proceeded to turn the gun on himself.

While she was working at the nursing home, Kathleen had a then 46-year-old co-worker by the name of Kenneth Sheldon. Despite their age differences, he started to get infatuated with her and reportedly told many of his co-workers that Kathleen was the perfect woman for him. When she got engaged to Stephen Seely, Kenneth took it the hard way, feeling that her fiance wasn’t the perfect man for her. In 1997, he confronted the couple and confessed her feelings, leading to a confrontation between the two men.

In November 1997, Kathleen filed harassing and stalking charges against Kenneth, who lied to police officials that he had a secret relationship with her. He even got personalized license plates in her name while Kathleen got married to Stephen. While the nursing home authorities changed their shifts so that she did not have to meet Kenneth at work, she didn’t feel much safe. In February 1999, Kathleen’s charges against Kenneth went to trial, but a judge acquitted him. Dismayed by the court order, Kathleen resigned from her job and took up a job at Kootenai Medical Center’s youth psychiatric clinic.

Kenneth had continued to stalk Kathleen, and in July 1999, she spotted him in his car outside her home. Repeated complaints to the police yielded no results as Kenneth bounced between jobs before he landed one directly opposite Kathleen’s place. On June 30, 2000, Kathleen filed another stalking and harassment charge against Kenneth, stating that he had purposefully blocked her car with his vehicle. This led to Kenneth getting arrested, but he took a plea bargain in December 2020 that dismissed him after he agreed to get professional help and a psychiatric evaluation.

On the fateful day of September 9, 2001, staff members of the Kootenai Medical Center saw Kathleen and Kenneth having a heated argument in the parking lot at around 2:20 pm. She was buzzed into the secured psychiatric facility, but Kenneth barged in before the door got closed. He had a gun on him, and he allowed a staff member to remove the three children from the vicinity, leaving him alone with Kathleen.

Staff members took all the children into the building’s auditorium to ensure their safety before calling 911 to report the situation. But Kenneth proceeded to shoot Kathleen four times and shot himself in the head before the law enforcement officials could get a handle on the situation. Furious that Kenneth wasn’t arrested even once after so many complaints over the year, Kathleen’s friends and relatives partially blame the authorities for her death. Her son, Kevin Austin, wrote at her funeral service, “My anger is fueled by the legal system.”

Read More: Sandra Maloney Murder: How Did She Die? Who Killed Her?