Kathy Blair, Billie, and Sidney Shelton Murders: How Did They Die? Who Killed Them? 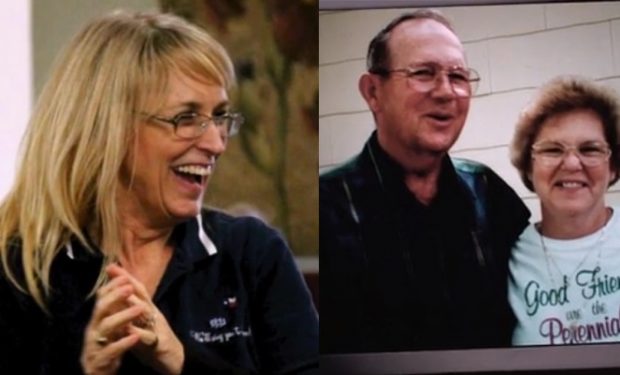 Image Credit: 48 Hours: The Shape of A Killer/CBS News

In December 2014, the city of Austin in Texas was gripped with the fear of a potential serial killer operating amidst them. There were two murder incidents reported, in 9 days, with uncanny similarity in the modus operandi of the killer. The investigators were at their split ends, trying to figure out a connection between the two to arrest the killer.

CBS News’ ’48 Hours: The Shape of A Killer’ minutely documents the killings, the tedious investigation process, and the lucky break that ended up in the catching of the killers. If you are already intrigued, looking to know the identity of the perpetrators and other details of the case, we have you covered. Let’s begin then, shall we?

How Did Kathy Blair, Billie, and Sidney Shelton Die?

Kathy Lynn Blair was born on May 31, 1961, in Burbank, California. However, her love for music pulled her to Austin, Texas, where she served as the Director of the Christian Choral Society for 2 decades. Her younger sister, Kirsten Mathieson, reminisced, “She loved life … you loved being around her. She had, I think, a sense of justice, right and wrong.” The students she taught and their parents looked upon her as someone who served as a role model, a kind and caring spirit. A mother of one of her students, Barbara Szalay, described her as, “I think she lived, breathed, ate, slept music.”

Twice divorced, the friendly and supportive single mother had been residing in a rented house in a peaceful neighborhood on Tamarack Trail. Thus, everyone was shocked when the 53-year-old music teacher was found murdered on December 6, 2014, at her home. Her son, Joe Hargis, who had been temporarily staying there, returned from a night out to find his mother in that state; he immediately called 911. The police arrived to find Kathy had been choked, stabbed several times, and slashed across her neck.

Kathy had bled so profusely that the investigators could formulate a timeline with the help of the blood. The perpetrator had murdered Kathy and ransacked her home, pulled out the drawers, and stole some jewelry. Nine days into the investigators’ probe into Kathy’s murder, another killing took place just about 5 miles away from her home. Married for 64 years, Sidney Paschal Shelton, 85, and his wife, Billie Jean Shelton, 83, were found murdered in their bed; the elderly couple was beaten and strangled.

Billie had been stabbed violently in the face several times, including in one of her eyes. The murder weapon, a knife, was still stabbed in one of the victims. The crime scene looked eerily similar to that of Kathy’s — the same ransacking, the drawers piled up, empty jewelry boxes with jewelry stolen. Their home nurse Dow Kotrla had found the bodies on her scheduled visit to the Shelton couple on December 15, 2014. She recalled, “These are sweet people that’ll, you know, send you on your way with some cookies.”

Investigators initially looked into Kathy’s grieving son and her ex-husband, but both were quickly ruled out. Without any possible motive and lack of suspects, the case seemed to be turning cold. One of the investigators remarked, “This was a murder made to look like a burglary. That was the same thing I’d seen at Kathy Blair’s house.” The detectives involved in the case slowly began to suspect whether these were the wrongdoings of a serial killer.

However, the authorities got their first breakthrough when one of Kathy’s neighbors, Rob Leef, came to them with a crucial piece of evidence. On the night of Kathy’s murder, Rob had been out in the street for a late walk and testing his thermal scope to record a deer. At around 1:16 am, he recorded a man coming out of a car and entering the street to Kathy’s house. Though the identity of the killer or any other clue can’t be retrieved from the thermal imageries, the police finally had something to go with. They had the silhouette of the vehicle and the man.

As the investigation went on, one of Kathy’s friends came forward with another breakthrough — Kathy had mentioned to her a “creepy” handyman who had worked at her yard last spring. The investigators decided to trace the handyman and learned about his identity from Kathy’s landlord. He was a convicted criminal named Tim Parlin who had been imprisoned before for stealing jewelry. He was currently out on parole. Parlin reportedly was hired to install a French drain in the backyard and add sod. However, Kathy had reportedly complained about his work which had disgruntled Parlin.

Another interesting fact the authorities learned was that the deacon at the church that the Shelton couple went to was the brother of Parlin. The investigators had finally found a link between the two incidents and the three victims. The detectives traced Parlin and his wife to a short-stay hotel. He offered an alibi to the detectives that turned out to be a lie. They again paid him a visit, only to find his wife present. She consented to a search and the police found a pawn shop receipt for a pendant that was dated the day Kathy was found murdered. Parlin’s wife also affirmed they knew the Sheltons.

The police visited the pawn shop and checked the surveillance camera to find Parlin and his car, which reportedly matched the thermal images taken by Rob. The detectives then came back with a warrant to impound Parlin’s car. A thorough search led to the discovery of Kathy’s blood in the passenger seat of the car. Parlin was arrested and a heated interrogation led to him ratting a name to the police — that of Shawn Gant-Benalcazar.

A former science teacher with a degree in microbiology, Shawn had no prior criminal record. He initially claimed to know nothing but his version of the incidents kept changing. The police also noticed that Shawn’s gait and physique matched the thermal video recordings of the killer and his shoe prints matched the ones left at the crime scene. Eventually, Shawn confessed to breaking into Kathy’s house and killing her. In his interrogation tapes, Shawn said, “She (Kathy) woke up, she lunged at me. It was a struggle and I stabbed her in the neck.”

Read More: Where Are Tim Parlin and Shawn Gant-Benalcazar Now?