Are Katie and Derek from Married At First Sight Still Together? 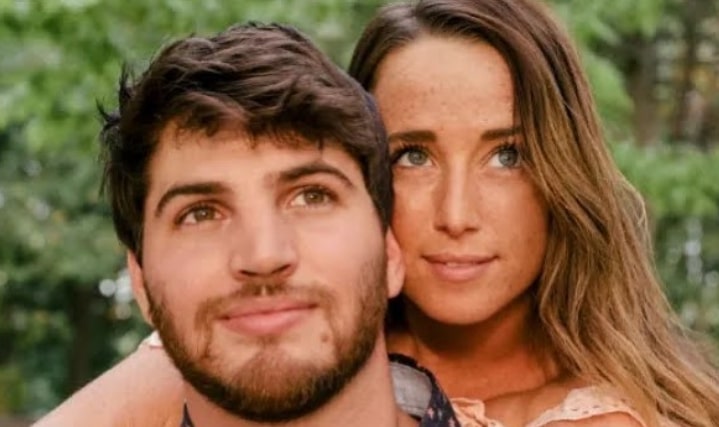 The season 10 of ‘Married At First Sight’ has been the most dramatic one so far. With unbelievable secrets being revealed in its latest reunion episode, fans have been wondering what went down with each of the couples. The season featured five couples from Washington D.C. Out of which, two decided to stay together in the end, and three opted for a divorce. Katie and Derek were one of the couples that were loved on the show, but they also became a subject of skepticism due to their constant fights.

A 25-year-old mental health professional, Katie, and a 26-year-old cybersecurity engineer, Derek, were paired together on the basis of their compatibility. Both of them belonged to broken families as their parents had undergone a divorce. While Katie had her doubts, Derek still had faith in the institution of marriage. Both of them shared similar family values, and that’s what connected them to each other. They instantly clicked and sparks flew! Relying on their families as a support system, the couple tied the knot.

Soon after, a series of heated arguments and fights emerged. Shortly after their honeymoon, the couple found it hard to adjust to their new married life. Derek, though extremely sweet, loving, and caring, became impatient due to Katie’s insecurity. Katie had an issue with Derek’s emotional friendships with other female cast members. This gave rise to constant tensions and conflicts. Katie also had an issue with her and Derek’s mental compatibility. She found him to be childish, immature and having unreasonable goals and ambitions.

Even though the couple was emotionally struggling and trying hard to stabilize their married life, they decided to work through the problems. On Decision Day, the couple mutually declared their wish to stay together in the marriage and give it a shot.

Are Katie and Derek Still Together?

Unfortunately, no. In the reunion episode, the couple revealed that they have decided to get divorced. Derek was very adamant about ending their marriage and parting ways. In the few months that they were supposed to be working on their marriage, it seemed like Derek was the only one putting in efforts. Katie had seemed to give up on their relationship ages ago!

The reunion episode’s unbelievable revelations came to light when Derek shared that Katie had cheated on him many times with her ex. According to him and a few other cast members, Katie cheated on Derek right after they returned from their honeymoon. Katie denied this accusation.

Derek also shared that Katie had slowly distanced herself from him after the shoot wrapped up. She told him that she wanted to be just friends, but Derek asked her to give their relationship a shot and keep an open mind. She then started sleeping in a different room. She also asked Derek to have an open marriage wherein they dated other people as well. Having been patient enough, Derek’s breaking point arrived when Katie revealed that she had been having an affair with her ex all this while.

Derek confessed that they could have handled their equation better and that poor communication led to the downfall of their marriage. He claimed that he was heartbroken after hearing about her affair.

Derek and Katie had locked their Instagram accounts for a while, but now they have opened them to the public again. The status of their marriage doesn’t seem to be clear on the basis of their posts. While it seemed like they were planning to break off their marriage in the reunion episode, the couple is still posting pictures with each other on their social media accounts. The two are not living together anymore, and reports of their split are doing rounds, but their divorce hasn’t been finalized yet.

Read More: Are Mindy and Zach Together?