Are Mindy and Zach from Married At First Sight Still Together? 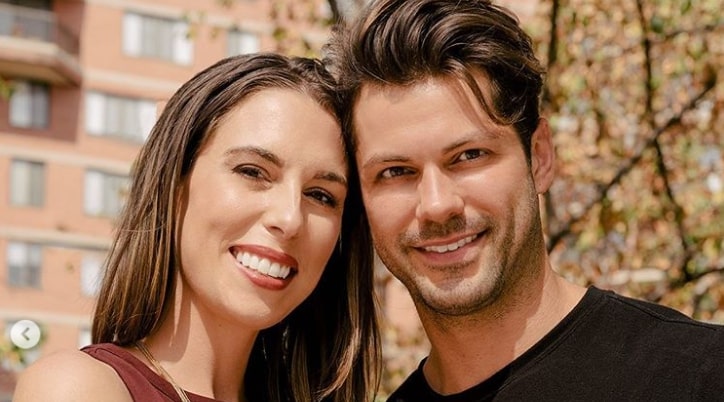 The tenth season of the hit reality television show ‘Married At First Sight’ churned out more failed relationships than successful ones. This time it seemed like the couples were doomed from the very beginning with their uncompromising attitudes. The season followed ten singles from Washington D.C., who were matched with each other on the basis of a compatibility analysis. While some couples hit it off straight away and tried to work on their relationships, Mindy and Zach had a complicated and controversial equation since the get-go!

Mindy, a 34-year-old figure skating coach, was paired up with Zach, a 32-year-old fitness professional. The couple was matched on the basis of their values and active lifestyles, which did seem to connect them initially, but their chemistry seemed off since the start. Mindy seemed oblivious to it as she had been dreaming of her fairytale wedding since childhood. Her former toxic relationships didn’t fulfill her wish, and so she went ahead and placed her bets on Zach by marrying him.

It became quite evident that Mindy was the only one who was willing to put in the work, and followers sided with her as well. Zach’s inability to communicate openly and reluctance to commit became a major issue. He not only lied to Mindy about his personal life but also tried to manipulate his way out when he got caught.

The couple’s troubles began as soon as they returned from their honeymoon. While other cast members were all ready and excited for the next step, Zach didn’t want to live together with Mindy. Another horrific revelation came to light when it was exposed that Zach had a romantic connection with one of Mindy’s best friends, Lindsay, behind her back. When Mindy confronted him, he denied all claims and assured her that they were just friends.

Mindy still put her doubts aside and tried to work things through. Despite the trust issues and insecurities, she managed to convince Zach to move in with her. She cooked Zach his favorite dinner and asked him to put in more effort for the survival of their relationship.

Are Mindy and Zach Still Together?

No! Unfortunately, and as expected, their relationship couldn’t stand the test of time. Just a few hours after moving in, the couple got into a fight, and Mindy verbally broke up with Zach. They were the first couple to split on the season, and it didn’t really surprise the viewers. On Decision Day, too, they declared their wish to part ways and get a divorce.

In the latest reunion episode, it was revealed that Zach had even tried to date co-star Katie, who is Mindy’s close friend as well. Katie admitted to getting drinks with Zach after the filming wrapped up and before the season aired. But, when she saw how Zach had treated Mindy on TV, she refused to meet him again or pursue a relationship with him.

When Zach was called out on his absurd behavior and even insulting Mindy by saying he didn’t find her attractive, he made lame excuses and gave vague answers. The cast knew that Zach would try to talk in circles as a way out of the uncomfortable situation. He confessed that he didn’t realize that the marriage and commitment would be so ‘real’. He said that he couldn’t force a union with someone who he wasn’t attracted to. He then apologized to Mindy and shared that he does have regrets.

Mindy and Zach don’t post about each other on their Instagram accounts. Zach’s feed is full of his gym pictures and workout routines. Mindy only posts pictures with her friends and family who have supported her on this heartbreaking journey.

Read More: Are Derek and Katie Together?