Where Is Kay Banks Now?

‘Unsolved Mysteries Volume 2: Death Row Fugitive’ chronicles the bone-chilling tale of how Lester Edward Eubanks murdered 14-year-old Mary Ellen Deener after attempting to assault her. He managed to escape his sentence in 1973, a year after it was commuted from a death penalty to life in prison. Each new detail of this case is more harrowing than the one before.

However, the one thing that it paints a clear picture of is that Lester Eubanks is a child-killing monster who might still be committing grave crimes as a fugitive somewhere in America. In the episode, the name Kay Banks was brought up a lot, making it evident that she was crucial in the case against Lester. So let’s find out more about Kay Banks, shall we?

Who Is Kay Banks?

Kay Banks or Beverly Kay Simon, her given name, is the widow of soul singer Darrell Banks. Darrell’s real last name is actually Eubanks, making him Lester’s paternal cousin. As a Mansfield, Ohio, Darrell used to attend church and sing in the choir, and soon after he graduated high school, he married his long-term girlfriend, Kay. Their interracial relationship resulted in the birth of their two children: Darrell Banks Jr. and Bamby Lynn Banks.

Unfortunately, it all crumbled apart in the mid-60s, after which the kids primarily resided with their mother in Los Angeles, California. From there, Kay communicated with Lester via letters after he was sent to prison for his crimes. And, in 1970, after Darrell was gunned down as well, they somehow became close. Therefore, when Lester escaped prison, he ended up taking a bus to California to be with Kay. After all, she was his long time pen-pal, a family member, and the woman whose photo he kept in his jail cell. When he showed up at her front door, Kay was shocked.

She had no idea that he was even planning to run away, let alone come to her, but she still welcomed him into his home. Soon, she realized that her late husband’s cousin was extremely intimidating and a bully. So, fed up, she made up a story of how the FBI had called her asking about him, hoping that he’d get spooked and run away, which he did. Apparently, that was the last she ever saw of him. At least, that’s what she told the detectives when they actually came to ask her about Lester in 1993.

Where Is Kay Banks Now? 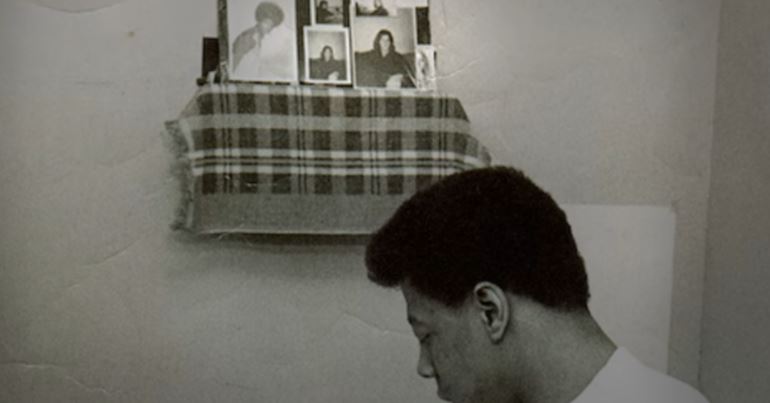 Beverly Kay Eubanks passed away nearly four years ago now, at the age of 77. According to her obituary, she died on December 29, 2016, in Xenia, Ohio, where she had apparently been living for quite some time. There were no services for her, but it was requested that if anyone wanted to do something for her or help in keeping her memories alive, they could plant a tree in her name.

Some sources have stated that Kay never had any contact with Lester Eubanks since he walked out of her front door. And, to be honest, as she did talk to the authorities and gave them all the information she had on him, worried that she’d be charged with harboring a fugitive if she didn’t, it’s not that surprising. As for what Kay did before her passing, though, unfortunately, we have no idea.