Are KC and Drew From MAFS Australia Still Together? 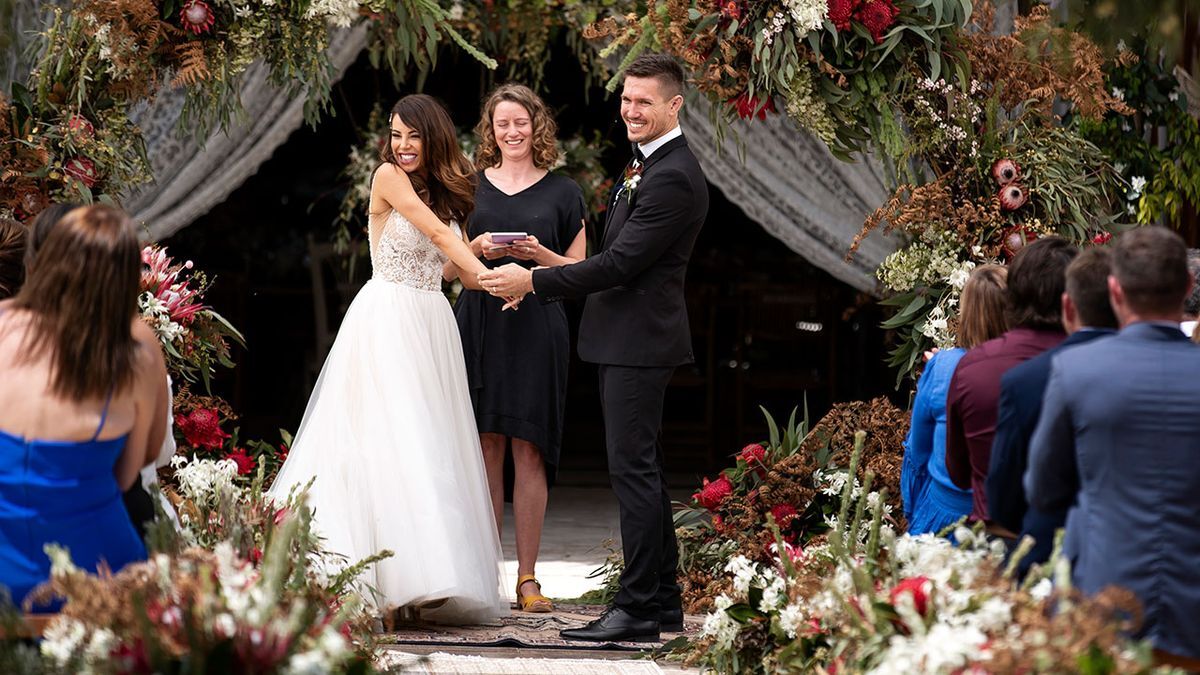 ‘Married at First Sight‘ Australia has been bringing us the incredible stories of complete strangers turned couples turned sometimes lovers ever since its inception in 2015. Based on the Dutch series of the same name, it follows the concept of relationship experts pairing up a couple after a deep analysis of both their profiles. Following this, they spend a few weeks together and do the things a normal newly married couple does so as to get to know each other on a deeper level.

Season 7, the latest season, made its way to America on Lifetime, and with it, it brought us a whole new set of couples who gave us more drama, tears, and romance than ever before. Tumultuous relationships has been a big part, yes, but with 12 couples, there are bound to be a few normal ones as well. And KC Osborne and Drew Brauer were one such couple. Intrigued? Here’s all that we know.

31-year-old KC had just recently moved back to Australia from Hollywood, where she worked as a performing artist, in the hopes of finding love. So, when she got paired up with Drew, a 31-year-old Musician, and mental health Charity Founder who was looking for the love of his life as well, it was like the relationship experts had struck gold.

KC and Drew’s wedding went relatively well. There were a few concerns that KC had when it came to her new partner’s single status despite his looks and personality, and his female roommate, but the couple seemed to get off to a good start in the experiment. After that, their romance blossomed to be one that could only be described as a fairy tale romance.

Their Final Date on a boat on Sydney Harbour, though, was definitely the highlight of their time on the series. It was not only romantic but it was thoughtful, as it was something that was perfectly suited for KC and her liking. No matter what had happened, they always stayed respectful towards each other and had their partners back, which genuinely made it look like they had a real shot of going all the way.

In the end, during the final vows, despite the concerns of Drew making KC feel embarrassed about the things she liked, her trying to change him and his place, and the fact that they couldn’t decide on a place to settle down in (with KC being from New South Wales and Drew being from Queensland), the pair decided to give their relationship a try and said yes to staying together.

Are KC and Drew Still Together?

No, they are not. Unfortunately, KC and Drew broke up soon after committing to each other during the final vows. While Drew felt like their connection was purely physical, KC thought that their relationship crumbled because of his lack of efforts. Their lifestyle differences also played a role in them deciding to part ways. However, KC has since revealed that there are no hard feelings between the two as their break-up wasn’t exactly bad or messy.

Now, KC is living her best life in her hometown as a dancer, teacher, blogger, and influencer. She has also moved on from her failed marriage with Drew and is happily in a relationship with her season seven ‘Married at First Sight’ co-star Michael Goonan.

Drew, on the other hand, is putting all his energies into his work and enjoying the single life. His music and his charity “Kick On” are his main focus in life, so he makes sure he uses his platform to convey that and raise awareness as to how to remain not just physically fit, but mentally as well.