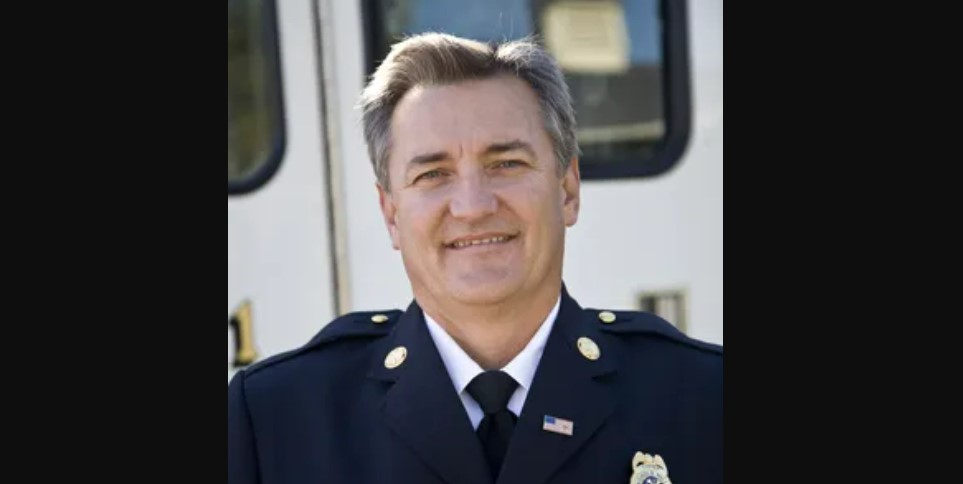 A frantic 911 call from Rebecca Bryan one night in September 2011 had the police descend on the family residence in minutes. Keith Bryan, her husband, was found shot and then rushed to a hospital. While the police initially thought it was the work of an intruder, Becky’s behavior and a troubled married life brought the focus to her. Investigation Discovery’s ‘Murder Calls: Torched Heart’ dives into Keith’s case and how the killer was brought to justice. So, let’s find out what happened then, shall we?

How Did Keith Bryan Die?

Keith Edward Bryan was born in November 1958 in Dallas, Texas. After spending his childhood there, he moved to Oklahoma City, Oklahoma. Keith worked at the Nichols Hills Fire Department in Oklahoma for more than three decades. He worked his way up the ranks and was the Fire Chief at the time of the incident. The 52-year-old had been married to Rebecca AKA Becky for about 33 years and also operated a construction business on the side.

At around 10 pm on September 20, 2011, Becky called 911 to report that her husband had been shot. The authorities arrived to find Keith with a gunshot wound to the side of the head. He was on the couch at their home in Mustang, Oklahoma, and was rushed to a hospital, where he later succumbed to his wounds. The murder weapon was a .380-caliber Ruger which was later found at the Bryan residence. While Becky claimed it was an intruder, the authorities would soon begin to question her version of the events.

Becky Bryan initially told the police that a man in his mid-20s and wearing a hoodie entered the house through the garage. According to her, the intruder shot Keith and then apologized, saying that her husband should have hired him. Becky then claimed to have seen him leave through the garage and flee in a small, dark truck. However, a search of the residence led the police to a gun in the dryer along with a shell casing, a latex glove, and a blanket with holes.

Furthermore, as part of the investigation, the authorities learned of Becky’s extramarital affair with Mark Holbrook. The two had met during a real estate class in the summer of 2009, and the friendship soon turned romantic. Mark was also a married man, and later on, he testified that the two decided to end their respective relationships. However, after they spent a weekend together in January 2010, Mark realized “she (Becky) wasn’t the person I thought she was. She became manipulative.”

Mark then chose to end things with Becky, who had already filed for divorce from Keith by then. Keith called Mark soon after, and they had a discussion regarding the affair; they ultimately decided to reconcile with their respective partners. However, Becky kept showing up at Mark’s house. Her behavior leading up to Keith’s murder was also a focal point of the investigation. According to a friend, Becky told her she cheated on Keith just four days before his death; she was in Texas for a wedding where she met a man in a bar.

Becky was at a work conference in Tulsa, Oklahoma, a day before the shooting. While there, she sent naked pictures of herself to at least two men. On her way back home on September 20, Becky had sex with a man named Wes Huber. After returning to her Mustang home at around 7 pm, she left Mark a voicemail saying that she still loved him, would be getting a large inheritance soon, and hoped to move closer to him. Loved ones also testified that she boasted about sleeping with other men and showed them a photo of Wes’ penis while on their way to the hospital after the shooting.

Where is Becky Bryan Now?

The prosecution believed Becky Bryan’s claim of an intruder was untrue. The gun found in the dryer was the murder weapon and was confirmed as Becky’s through matching serial numbers on the weapon and a gun box under her mattress. The authorities felt that she wrapped a blanket around the gun and shot Keith. Furthermore, her DNA was found on the latex glove.

In May 2013, then 54-years-old, Becky was found guilty of murdering her husband. In July of the same year, she was sentenced to life in prison without the possibility of parole. Records indicate that Becky remains incarcerated at the Mabel Bassett Correctional Center in McLoud, Oklahoma.