Keith Bynum and Evan Thomas Are Married. Here’s Everything We Know About Them. 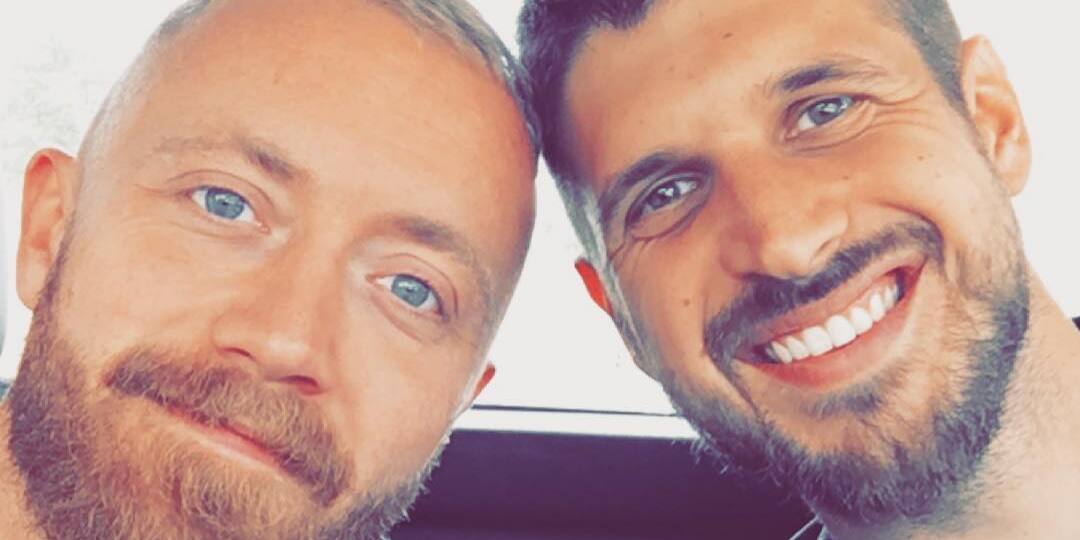 The HGTV show ‘Bargain Block’ introduces two talented renovation experts, Keith Bynum and Evan Thomas, as they take on houses one at a time and transform them into dreamy homes. The real-life couple also takes help from Shea Hicks-Whitfield, a real estate expert who helps them purchase run-down houses to restore.

The talented duo uses their skills and creativity to rework and beautify the homes while ensuring that they remain affordable enough for buyers. The most interesting aspect of the series is that Keith and Evan take on projects in and around their home in Detroit. If you are curious to know more about the couple and their professional journey, here we have all that you want to know!

Keith and Evan used to stay in Denver, Colorado, before they moved to Detroit in August 2017. While not much is known about Evan Thomas’ family life except for the fact that he originally hails from the mid-west, we know that Keith is a West Texas native, is close to his younger sister and spends time with her whenever possible. The duo had started buying and flipping homes in Denver; however, they found it difficult to deal with clients. In contrast, Detroit was warm and welcoming to their idea of converting abandoned houses into beautiful homes.

Shea was drawn to their project because the duo isn’t just looking at beautifying homes but also transforming entire neighborhoods by providing customized and affordable housing for the people of Detroit. Keith and Evan are dedicated to their work and are proud of all that they have achieved in their journey. Taking into consideration the fact that Keith began his Bachelor’s in Business Administration and Management in 2004, it means that he may currently be in his mid-thirties.

Since Evan keeps the details about his life away from the public, we can only assume that there is not much of an age difference between Keith and him. Keith did his undergrad from the Texas Tech University, where he also earned a degree in MBA, with a specialization in Entrepreneurship or Entrepreneurial Studies. As for Evan, he successfully finished his Ph.D. in April 2017 (pictured above) from the University of Colorado Boulder.

Evan and Keith both had other jobs in Denver before they started working together. When he was just 14, Keith set up his own retail and manufacturing company that went on to gain national recognition. He eventually sold his business after realizing that his true passion lies in recovering abandoned and dilapidated homes. The West Texas native began carpentry and woodwork and started selling handmade farmhouse tables on Craigslist. He even worked on their house and then bought a property in a town in the Rocky Mountains to renovate.

Eventually, Evan joined him, and they started flipping houses. The couple decided to move out of Denver in search of a place that would offer them a smoother entry into the market. So, they drove from Denver to Detroit in August 2017 and fixed up a house for themselves. It wasn’t easy because the house lacked the basics. It did not have a functional kitchen or bathroom, and it also required heavy plumbing and electrical work. From that point onwards, there was no looking back. In August 2017, Keith became the President of Omnia, INC, a renovation and lifestyle company in Detroit.

Keith and Evan started buying houses in their neighborhood for as cheap as $1000 through Detroit Land Bank’s Own it Now Program. They would spend about $40,000 to $45,000 to renovate the houses and then sell them for $60,000 or $70,000. Although they did not make much profit, their work got recognized, and more and more people began moving into the neighborhood.

Since the idea was to keep the houses affordable, the talented duo ensured that they recycled furniture and building materials wherever they can. If they needed to buy something, they purchased it from thrift shops, Craigslist, estate sales, and so on. The couple also opened a store in Ferndale, Michigan, called Nine Furniture and Design. The store sells vintage and handmade furniture and décor items, with provisions for customizing the designs. Keith is no stranger to HGTV as he appeared on an episode of ‘Tiny Paradise’ in July 2017, along with Jess Rothlisberger.

Evan and Keith have been a couple for more than seven years. Even though they spend a significant amount of time working together, they enjoy outdoor activities such as hiking, kayaking, and snowboarding. They also have an adorable furry friend called Belle, who is a part of their family.

Evan and Keith openly praise one another and often express their feelings for each other. However, it seems that Keith is a more regular user of social media than Evan. The creative couple gets to spend a lot of time together since they also share the same professional space.