Where is Keith Harward Now? 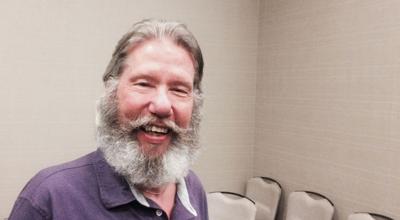 Keith Harward is another phenomenal case from the diaries of the ‘Innocence Project.’ The non-profit has moved forward to create history by going ahead to exonerate iconic cases from the past based on solid evidence that was often misplaced or misread by law enforcers of various degrees. Their journey in this path is traced by Netflix’s documentary series, ‘The Innocence Files.’ The nine-episode long series digs into many such cases, which gave a renewed chance at life for wrongfully convicted individuals who have spent decades in prison.

Who Is Keith Harward?

Keith Harward was sent to prison for the rape of Teresa Perron and the murder of her husband. The real culprit who was seen by a guard as wearing a sailor’s uniform was traced to Harward. Harward, at the time, was a sailor at Carl Vinson. The key evidence against him was the bite mark analysis that was found to be a perfect match by two expert odontologists. This led Harward to be convicted for the first-degree felony along with other charges that placed a life sentence on his head. It is important to note that though circumstantial evidence led to Harward, not once did Perron ever confirm that Harward looked like the rapist she had seen that night.

DNA tests from the crime scene led to Harward’s exoneration. By then, he had already spent 33 years in prison for a crime he did not commit. The uptake of the exoneration led the entry of the newfound DNA into a national database, after which it found a match. This DNA identification led the case to find its real culprit who turned out to be Jerry Crotty, a sailor who was also stationed at the USS Carl Vinson. This shows how the system came real close to catching the criminal but, at the same time, zeroed in on a completely innocent man.

Where Is Jerry Crotty Now?

Jerry Crotty died in prison in the year 2006. He was in Ohio correctional facility on an on and off basis, as reported by ‘Richmond Times-Dispatch.’ He was known to have committed felonies like rape, murder, robbery, and many other crimes. The reason for his death has not been disclosed. At the time he was in prison, he was serving a sentence for around 25 years due to the many felonies he had committed over time.

Where Is Keith Harward Now?

Keith Harward is now a free man who has many bucket list plans to tick off. The wrongfully convicted individual gets emotional when he talks about the 33 years he spent in prison. He currently owns a motor home, with which he plans to travel all around the country. He finds comfort in doing routine chores like raking the field, which he previously could not even dream of doing while he was in prison.

In a discussion with the students of Duke Law Forensics Forum, he talks about his plans for his immediate future. Harward also talks about how the time he spent in prison will always be an integral part of him. Interestingly, he also wants to go meet other exonerated individuals to know what their experience was like. Harward is also supporting bills that seek to debunk odontology as credible. He seems to have minor and major goals for his new future rooted in freedom. Watch the video of his interview below: