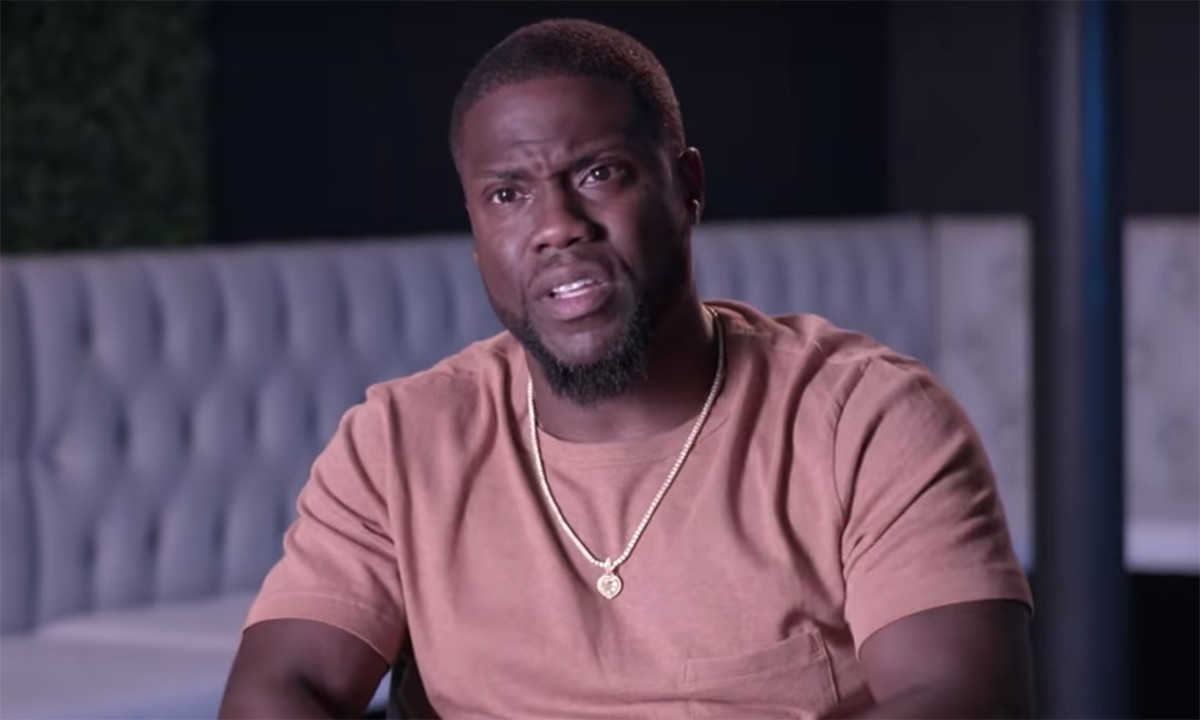 ‘Kevin Hart: Don’t F**k This Up’ is Netflix’s latest docuseries with the comedian who is probably at the pinnacle of his trade at the moment. The streaming platform has previously hosted Kevin Hart in ‘Kevin Hart’s Guide to Black History’, ‘Kevin Hart: Seriously Funny’, and his standup titled ‘Kevin Hart: Irresponsible’.

‘Don’t F**k This Up’ is not a standup special like his previous collaborations with Netflix, but it gives us a never before seen look into the comedian’s personal and professional life, documenting the highs and lows of Kevin Hart’s journey.

Even if you don’t follow Kevin Hart in the news, you must know that he was selected to host the Oscars in 2019. However, when Hart’s old homophobic tweets surfaced, his involvement invoked controversy. Worsening matters was the fact that many believe Hart did not issue a proper apology and thought of him as an arrogant celebrity. ‘Don’t F**k This Up’ starts with Hart addressing the controversy head-on, urging viewers to go deeper into his life before judging him.

Over the six episodes, around half an hour each, we are given a look at a boy who came from a broken home in a bad neighborhood in Philadelphia. His father chose drugs and a life on the street, while his brother chose a life of crime. Raised by a strong mother, Hart saw how comedy transformed those closest to him. We see how Hart not only makes it big in comedy but in business as well. He believes that apart from acting and comedy, he has to diversify and be an entrepreneur, in order to achieve his goal of being a mogul or a billionaire. Even as we understand the motivation behind Hartbeat Productions, his  production company, Hart proves to us that he is a loving family man.

Despite being super successful and motivated, Hart has his imperfections. These are evident in his titular ‘F**k Ups’. The documentary touches upon how Hart was involved in a sexual scandal, wherein he cheated on his pregnant wife. We also see how Hart lashed out at his close friends due to the stress of the event, hurting everyone close to him. ‘Kevin Hart: Don’t F**k This Up’ is ultimately a tale of struggle, accepting imperfections, and trying to be better.

The first thing that stands out about ‘Kevin Hart: Don’t F**k This Up’ is how well the show is structured. It starts off with the biggest controversy the star has had to face in recent times, and one that he has not completely bounced back from. However, to show Kevin’s indomitable spirit, it then takes us to his childhood as well as his personal and professional life.

His virtues are obviously extolled, through numerous interviews, be it with his wife, Eniko, or his close team, including his trainer, Ron ‘Boss’ Everline. What becomes evident is Hart’s work ethic, which is repeated a little too often in the docuseries. After all, it is abundantly clear to anyone that this is a man who is really putting his pedal to the metal, trying to achieve his dreams.

The series wonderfully echoes Hart’s sentiment that the path to success is long since he suffers some setbacks. Among these is an extramarital affair that threatens to end his second marriage. It becomes immediately evident that Hart is a man who is willing to admit his faults. Every time he makes a mistake, Hart is quick to issue an apology. The docuseries almost tries to make the point that if Hart did not immediately apologize for his old posts resurfacing, showing his homophobia, then there must be a reason for it.

However, sticking to facts here, the docuseries achieves what it sets out to do. It shows how Hart treats his family, his colleagues, as well as his employees. At the center of the series is a man who embraces his imperfections, and knows what he needs to work on in order to attain perfection. The series becomes an almost epic saga of setbacks which are overcome through hard work and dedication, allowing Kevin Hart to be at the top of his profession today. The man is a dreamer and one who sets out to achieve what he dreams, inspiring the entire world in the process. However, when one takes into account the fact that Hart himself is the creator of this show, some portions might feel a little overindulgent.

Overall, the docuseries bears testament to Hart’s character and efforts, without making any excuses for him. It succeeds in providing different perspectives to the known scandals and stories, allowing us to see the star in a new light.