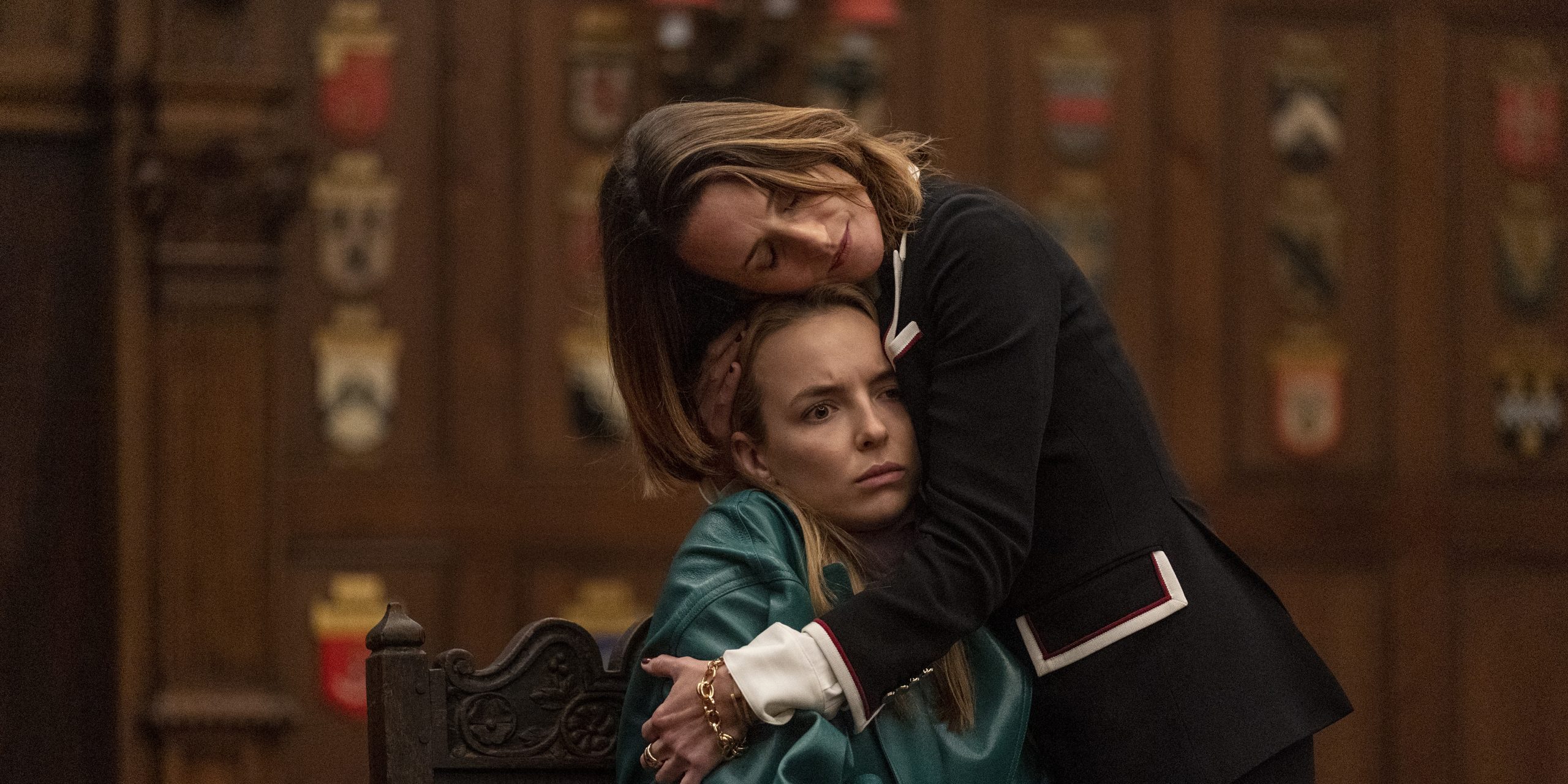 It’s time to say goodbye to the third season of the Peabody award-winning spy thriller, ‘Killing Eve.’ But don’t be disheartened, the network has already renewed the show for a fourth season on January 3, 2020. As for the recap of the penultimate episode, Villanelle and Dasha are in Aberdeen for their next mission, and before we could guess, Villanelle, who is tired of the old lady’s taunts, smacks Dasha with the golf club and flees the scene. Eve reaches the spot to find an ailing Dasha. Before Eve proceeds to avenge Niko’s half-murder, she gets distracted by a siren and misses Villanelle by a few seconds as they share glances through the train window.

Elsewhere, Elena and Villanelle share an awkward exchange. Irina is in custody after her adventurous hit-and-run stunt. Geraldine nearly gives Konstantin a heart attack at his home before compelling him to admit that he has been using her to get to her mother. Mo informs Carolyn about a solid lead he has recovered on Kenny’s death, but before he could give it to her, Mo is brutally killed by the newbie assassin, Rhian. Konstantin has a heart attack for real this time and ends up in the hospital bed next to Dasha. Eve receives a phone call from Villanelle, saying, “We have to stop running into each other like that. It’s not good for both of us.” If you wish to know what happens in ‘Killing Eve’ season 3 finale, keep reading!

The upcoming episode is titled ‘Are You Leading or Am I?.’

Okay, writers, you have piqued my curiosity again. At least in the finale, we will get to witness a proper reunion between Villanelle and Eve, but how bloody is this one going to get? We know someone might get shot or maybe die, but who can it be – Konstantin or Dasha? I don’t think they might pull an Eve or Villanelle fake-death cliffhanger trope again, but you never know. As for Carolyn, after seeing her reaction to Mo Jafari’s death, I am no longer interested in her life.

We are aware of how lonely Villanelle actually is at the moment. Her father figure, Konstantin, almost died of a heart attack, and she almost killed Dasha with that face smack! And it’s not like Villanelle’s biological family members (except two) are alive anymore. So she might find her way to Eve’s office, give Jamie and Bear a not-so-pleasant surprise and move on to join Eve’s fight against the Twelve. Whatever it is, brace yourself for many unpredictable twists and kills!