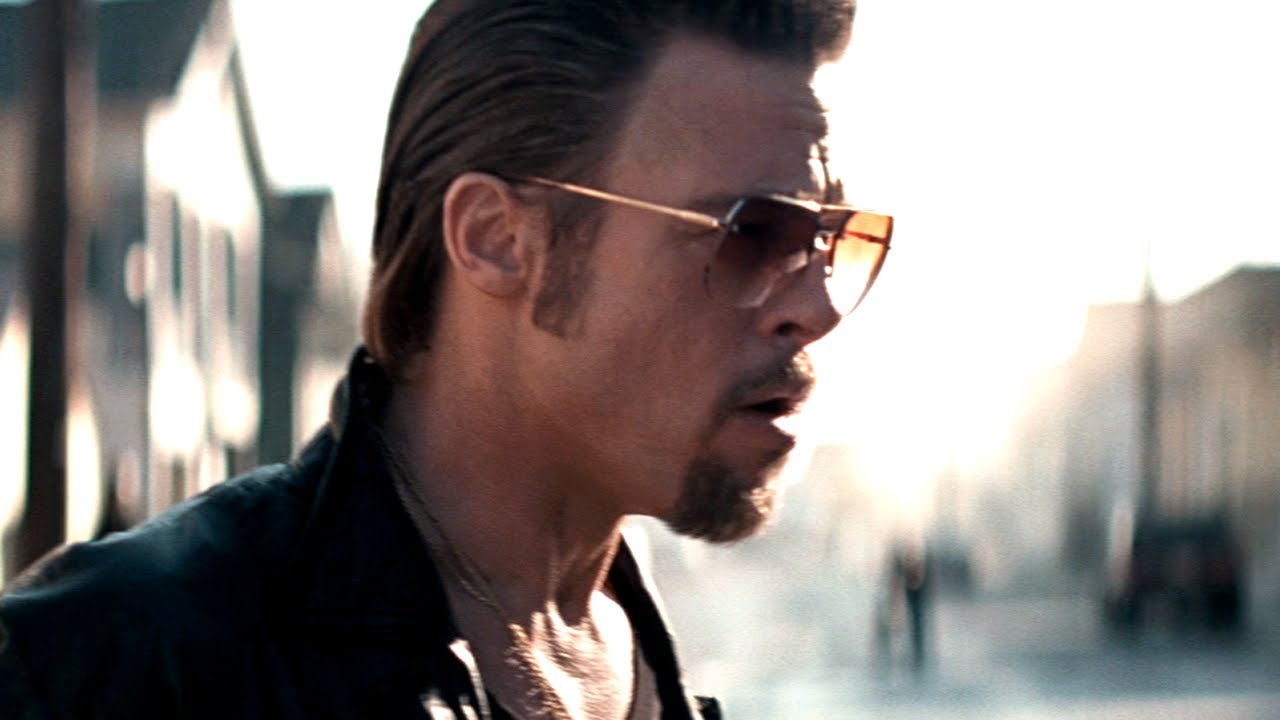 The film can be summarized in two lines of a John Lennon song – “…first you must learn how to smile as you kill/If you want to be like the folks on the hill.” Written and directed by Andrew Dominik from George V. Higgins’ novel ‘Cogan’s Trade,’ ‘Killing Them Softly’ is a neo-noir thriller that aims to shatter the so-called American dream. In a post-recession America, two ex-convicts and a druggie attempt to rob an underground casino.

The heist goes fairly well, but the modern-day antihero hitman of Jackie Cogan appears on the landscape to settle the scores. Thus begins a story of murderous intrigue. Driven by a superb cast with Brad Pitt in the lead and with some music by Lou Reed and Barrett Strong in the mix, the platter is highly appetizing. If you are still busy trying loose ends, let us guide you through to the end. SPOILERS AHEAD.

It’s a time when Barack Obama is running for presidential elections, and the American economy has taken a hit. Frankie and his smack-addled dog-smuggling Aussie ex-pat friend Russell turns up at the door of Johnny “Squirrel” Amato. Squirrel, who has spent a few years in the can for a previous crime, is up for it again. Russell is a loudmouth, and he seems to have his life all figured out. So, he is not sure if the job is worth his time. Russell and Squirrel end up in a fight, and Russell leaves, only to come back upon Frankie’s insistence. The job is about a guy named Markie Trattman who runs a shady casino downtown.

The thing is, Markie has robbed his own place before, and if it is robbed again, the fingers would be pointed at Markie. At least that’s what the guys think, and they are up for the gig. Even though they look like amateurs, the duo manages to pull it off. The real story begins after the robbery. Frankie buys a new car with his money, while Russell, like the frugal person that he is, saves the money in a locker and ventures out doing business again. Driver, an old handler working for Dillon, meets Nietzschean hitman Jackie Cogan. Jackie has it all figured out. He deduces that Markie is not dumb enough to pull the same trick twice.

But the streets have given the verdict against Markie, and Jackie is compelled to eliminate him. Going back to anxious Frankie and zoned-out Russell, the tracks are covered, and Russell has burned the car as asked (the scene is gold). The only problem is, he takes the car to a guy named Kenny Gill, who works for Dillon. Russell brags about the hold-up and even gives Kenny the offer to deal smack for him. Kenny tells Jackie, and Jackie tells Driver. Jackie cannot kill Squirrel because it’s personal, so he summons notorious binge-drinking hitman New York Mickey. Mickey, well, he’s a mess. Jackie tracks down Frankie and gives him a choice. But the choice does not matter; what matters in this country is business. Some people have to take the hit.

Killing Them Softly Ending: Why Did Jackie Kill Frankie?

Maybe Jackie killed Frankie simply because he had to. That was his deal with Driver, to begin with. Jackie is a morally skeptic hero; he knows what is up and what means business. But he also believes in killing people from a distance so that he would not have to deal with people’s feelings. This feeling is what ultimately endows the film with its title, so this is what it’s all about — “killing them softly.” Jackie first presents Frankie with a choice, or better say, with the semblance of choice. Frankie has to decide whether he would rat on Squirrel or take the hit himself, but he takes the former avenue. Frankie thinks he is leading Jackie to Squirrel, and that would be the end of it.

But in reality, Jackie leads Frankie all the way, earning his trust bit by bit. He even gives Frankie a choice to leave the car that Frankie bought with the stolen money and disappear. But if you put yourself in Frankie’s situation, do you really think that you would leave the new car and run away like a goody-two-shoes? The chance is thin, and Jackie knows that. And busting off another head means he can extract the money from Driver. But in the end, going by Jackie’s rate, he does not even get paid for killing Frankie. So, as sad as it may sound, Frankie just becomes a speck in this social Darwinian mayhem. His existence is distilled to near-insignificance.

What is the Real Meaning Behind the Film?

Meanings are lost in a myriad of signs, only to be brought back to the ground by Brad Pitt’s Jackie in the final minutes. Above all, this is a story of America — more precisely white America — in a time when the first black President is ushering in a new era of hope. Is the hope strong enough to bear the burden of history? On the other hand, it is a time of despair, marked by a widespread economic collapse in the country. In the end, Jackie goes back to Driver to receive his payment. Jackie previously negotiated 15k per head, but he is only getting 10. Driver gives him the reason that recession has hit the market, and Dillon has thus lowered the rates.

Dillon is a person everybody talks about, but he seems to live in the clouds. We rarely see him in the course of the movie, and the final moments declare Dillon’s death. The business must go on, even though some people may disappear from the picture. America is touted as a liberal utopia governed by Thomas Jefferson’s fever-dream — “All men are created equal.” And with the Reagan era came to prominence the neoliberal economic prophecies of Milton Friedman.

The Nobel-laureate economist was cleared to perform an experiment on the privatization of Chile. The rest of the world would soon follow, bringing us to the present moment. In effect, capitalized American soldiers are now fighting private wars in far-flung nations. Therefore, the words of Jackie hits too close to reality when he says that America is not a country, it is rather a business. Jackie is, in many ways, a prophet for the broken generation. Jackie’s utterances become more viscerally apparent when we saw a businessman taking the helm of the country. And when Jackie says that there’s a plague coming, the post-covid era audience must be thinking, “Oh, well.”

How Did Dillon Die?

In the last scene, Jackie divulges to a spirited Driver that Dillon is dead. Dillon, the man running the operation, the mafia mogul, has been constructed mostly through other characters in the film. He runs the show, and when needed, he pulls the plug. But in the end, it becomes apparent that somebody pulled the plugs on him. In the film’s lingo, it is ultimately the streets that decide who is going to live or die. Or maybe Dillon has done it himself, who knows. In the economic recession of 2008, many American businesses took the fall. And that is even more true for shady businesses like the one that Dillon runs in the movie.

Those at the top invest most in the market, and when the market comes crumbling down, it hits those people the hardest. Going by Driver’s words, Dillon’s financial situation is constrained. Maybe he even went bankrupt, and with the casino money gone, he had no option but to die. Maybe he died of natural causes. Dillon is a pretty old man, and the news of the economic collapse must have come as a shock to him. So, it can also be that he had a heart attack.

What Happened to Mickey?

Mickey is a character that does not have much screen presence, and yet, James Gandolfini (popular for his role of Tony Soprano) portrays the role beautifully on screen. New York Mickey has been twice in the lock-up before, and he’s restricted from entering the New York and Maryland areas, and yet he takes up the job from Jackie. With his marriage in flux, Mickey spends all of his screen-time binge drinking and cursing. In the end, Jackie decides to kill Squirrel by himself. As Driver divulges, Mickey gets into a fight with a prostitute and goes back to jail for the third time. Going by the course of Mickey’s life, his marriage probably does not last.

Read More: Where Was Killing Them Softly Filmed?