Investigation Discovery’s ‘Deadly Affairs: Betrayed By Love: Danger Is a Bored Spouse’ chronicles the brutal February 1997 murder of 29-year-old Kimberley Tetz in Cumberland County, New Jersey. In other words, it delves deep into not just what transpired but also the ensuing police probes to help viewers understand how the matter really came to a close. So now, if you are interested to know the same, along with the identity as well as the current whereabouts of the perpetrator, here’s what we know.

How Did Kimberly Tetz Die?

Kimberly Tetz was born on March 27, 1967, and was a much-admired teacher’s assistant when everything turned upside down. She was actually described as having a warm soul, with her friend, Ruth Piatt, stating, “She was beautiful inside and out. She made friends quite easily.” The 29-year-old had even been married to a construction worker named Edward J. “Ed” Tetz, 30, since the mid-1996, and everyone thought they got along like peaches and cream, spending all their time together. The young couple had quickly moved into their newly-bought home, right across the street from her workplace, in Vineland, Cumberland County.

Hence, it came as a shock when two local police officers on a routine patrol of Giampietro Park, situated on the sleepy eastern side of Vineland, suddenly located Kimberly’s remains on February 11, 1997. They were doing their duty at the park around 8:15 pm when they noticed a small vehicle with windows down, lights on, and engine running. The teacher’s aide was inside, and she had been shot twice in the torso at close range with a shotgun. The deputies could not find the murder weapon, though her driver’s license did positively identify her to them. Moreover, the nature of her wounds helped them deduce that the killing was personal.

Deciding to convey the unfortunate situation in person to her husband first, as is standard, local authorities made their way to the Tetz residence. However, they quickly found him suspicious due to the fact that there was not much reaction from him upon hearing the devastating news. He seemed to have a steely personality that did not exuberate too many emotions. He also could not offer any explanations regarding what Kimberley might’ve been doing in that remote area of the park after dark. Ed claimed that the couple had actually been doing household chores like folding laundry, that is, until she decided to go out and buy groceries at around 7:30 pm.

Detectives thus enquired about Ed’s whereabouts at the time of the murder, only for him to contend he was home throughout the evening, except for stepping out to get the newspaper or make a few phone calls. As days passed without any new evidence or further leads, though, they began speaking to neighbors and possible witnesses, urging them to come forward with any helpful information they might have. And one did, stating that she had seen a white pickup truck speeding away from the exact spot where Kimberly’s body was found on that fateful evening.

This precise tip genuinely piqued the officials’ interest because the victim’s husband also drove a similar pickup. They thus went back to question Ed on February 13, 1997, to which he offered various explanations, including the fact the truck was rather common. Nevertheless, a search warrant for the vehicle was soon carried out, but it yielded not a single piece of incriminating evidence, and it seemed that Ed might be telling the truth. So, the investigators cleared him as a suspect for a short while, just to then learn he had one of the most cliched yet plausible motives for murder. 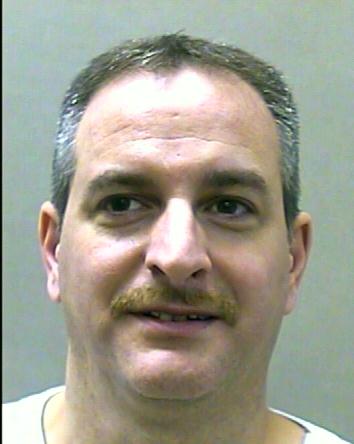 According to court records, Ed had been having an affair with Michelle Melini since December 1996, approximately six months after he and Kimberly had tied the knot. The fact he’d allegedly already asked for a divorce in January 1997, following an ultimatum issued by his girlfriend to choose either her or his wife, didn’t help matters either. As per the show, he essentially chose Michelle, and the affair continued even when Kimberly passed away. That’s when the former was questioned, and she outrightly, candidly admitted to both the illicit liaison as well as the ultimatum.

However, Michelle vehemently denied having a hand in Kimberly’s murder before providing a concrete alibi, which cleared her name for good. The police then decided to press Ed further, who altered his story a little to claim he’d gone to a convenience store on the evening of the incident. Yet they could not find any surveillance footage of him in or near the store. Faced with this reality, Ed lawyered up, refusing to answer any more questions. He also tried to shift the suspicion toward an ex-boyfriend of Kimberley’s, but to no avail, as they’d parted ways over five years prior.

Where is Edward Tetz Today?

Investigators eventually issued another search warrant for the Tetzs, which is when they found ammunition boxes inside Ed’s home that matched the ones used in the murder. On February 14, 1997, they even enlisted the help of the FBI to check his car more thoroughly, and the federal professionals found human tissue near the truck’s gas tank lid. On June 27, 1997, further analysis concluded that the retrieved forensic evidence matched Kimberly’s DNA, and he was arrested the following day on first-degree murder charges.

Ed was put on trial in 2001, during which prosecutors detailed the way he had followed his wife to the remote park and killed her amidst an argument over his infidelity. As per court records, he was convicted of first-degree murder, second-degree possession of a weapon for an unlawful purpose, and possession of a shotgun without a firearms purchaser identification card. Ed was sentenced to 30 years without parole on the murder charge and is thus currently serving the same at the New Jersey State Prison. According to the department of corrections, his earliest release date is March 5, 2031,