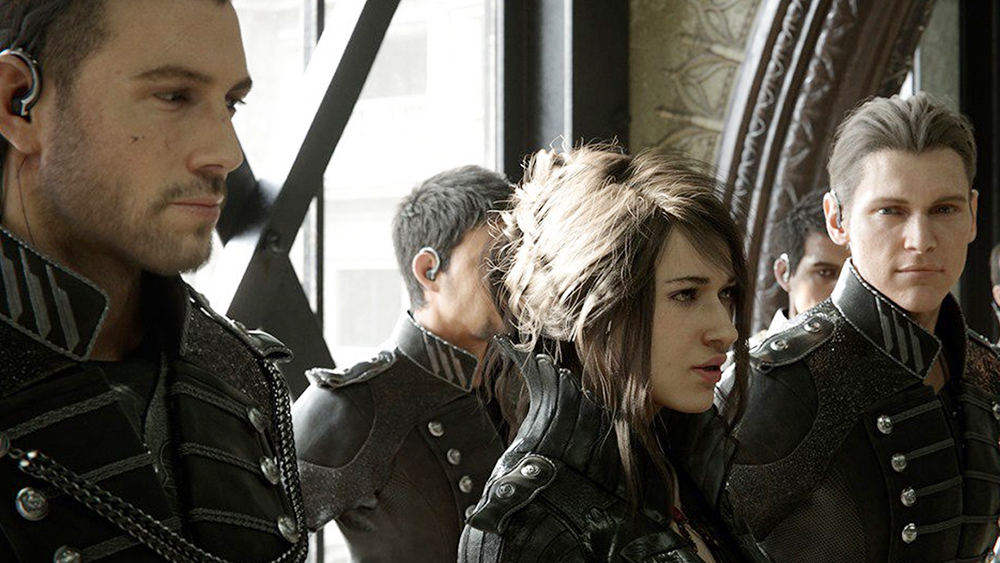 Set in an Earth-like world named Eos, ‘Kingsglaive: Final Fantasy XV’ is a high-fantasy action animated film based on the role-playing video game ‘Final Fantasy XV.’ The story revolves around the eponymous group of elite sorcerers/warriors from the Kingdom of Lucis. They fight the overwhelmingly powerful invading forces of the Empire of Niflheim, which has taken over most of the world. Following the film’s release, it garnered mostly positive reviews due to its picturesque and crisp animation, flamboyant characters, and a plot that never stops being entertaining. Here is everything you need to know about the ending of the movie. SPOILERS AHEAD.

Before Niflheim embarked on conquest, Eos used to have two other seats of power alongside Lucis and Niflheim. They were the plutocratic island nation of Accordo and the theocratic Tenebrae. Both fell in front of the Magitek military of Niflheim, leaving the Kingdom of Lucis as the only independent country. But even Lucis has consistently lost territories in the war against Niflheim. The Kingdom’s capital, Insomnia, is protected by a barrier called “the Wall,” which is maintained by the country’s king, Regis Lucis Caelum CXIII (Sean Bean), with the help of a mysterious object known simply as the Crystal.

As the film begins, Lucis agrees to a largely unfavorable peace treaty with Niflheim, which stipulates that the kingdom will forfeit all of its territories to the empire except for its capital. The treaty also calls for a marital union between Regis’ son Noctis and Lunafreya Nox Fleuret (Lena Headey), the erstwhile princess of Tenebrae. 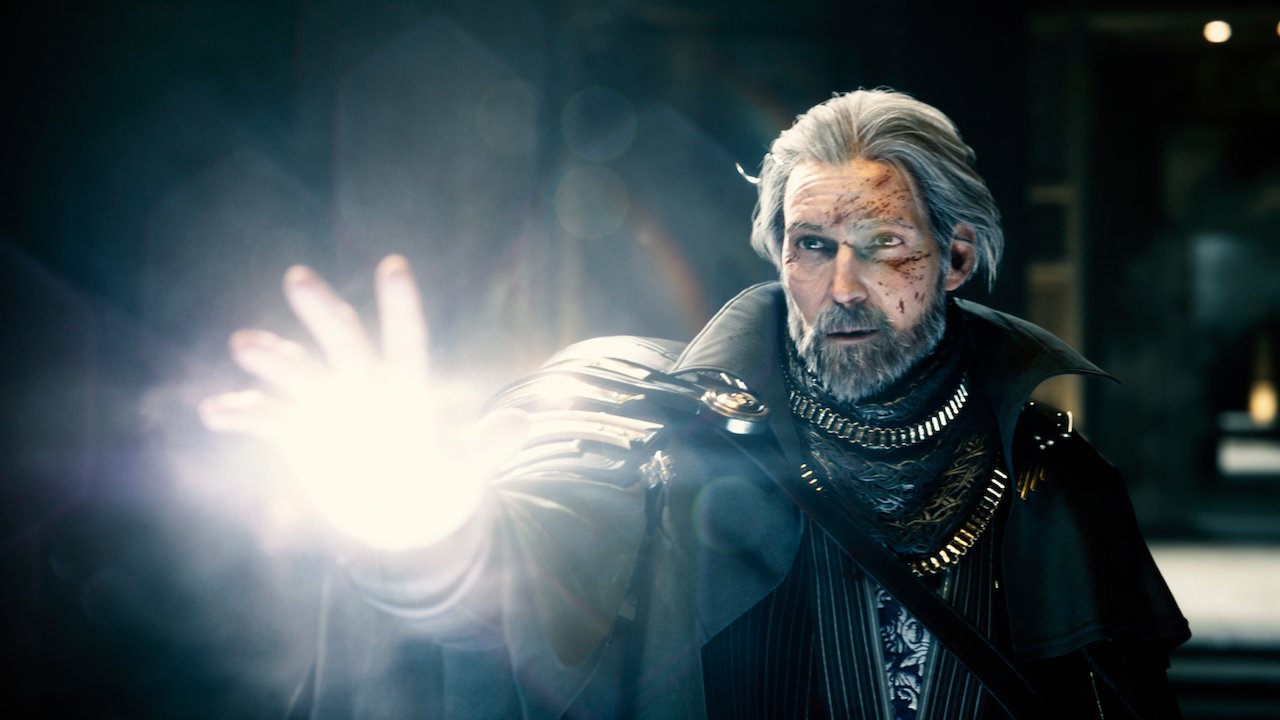 Like everyone else in the Lucian society, the members of the Kingsglaive gain their magical abilities from Regis. The unit seems to be exclusively comprised of refugees from the land beyond the barrier, as they somehow have more affinity for the king’s magic than others. However, when Regis agrees to sign the treaty, there is a sense of betrayal among the Kingsglaive and the refugee population in Insomnia at large.

Almost predictably, Niflheim uses the treaty to launch an unprecedented attack on Insomnia. They first lure out the Kingsglaive with the prospect of rescuing a kidnapped Luna. Their agents inside Insomnia then take down the Wall, allowing the Niflheim military to enter the capital for the first time since the war started. Regis and the rest of the Lucian ruling council are subsequently killed, and Luna is forced to go on the run with Nyx Ulric (Aaron Paul), a member of the Kingsglaive and the protagonist of the film.

For centuries, Insomnia has served as a glowing and proud symbol of resistance against the Niflheim aggression, with the kings of the House of Caelum inadvertently demonstrating that they will sacrifice anything to protect the capital. Over the years, the Lucians from other territories have grown angry and frustrated because of this. They now believe that they have lost everything in the war because their king has decided that their homes and lives are not worthy of protection.

Niflheim has exploited these sentiments, masterfully ensuring that the victims of the violence that the empire has brought will look elsewhere to place the blame. The empire turned a Lucian resident into their most effective battle commander and killer, General Glauca, who infiltrated into the Kingsglaive ranks and became their captain. Before the attack on Insomnia, Glauca or Titus Drautos managed to convince most of his subordinates to betray their oaths to their kings. 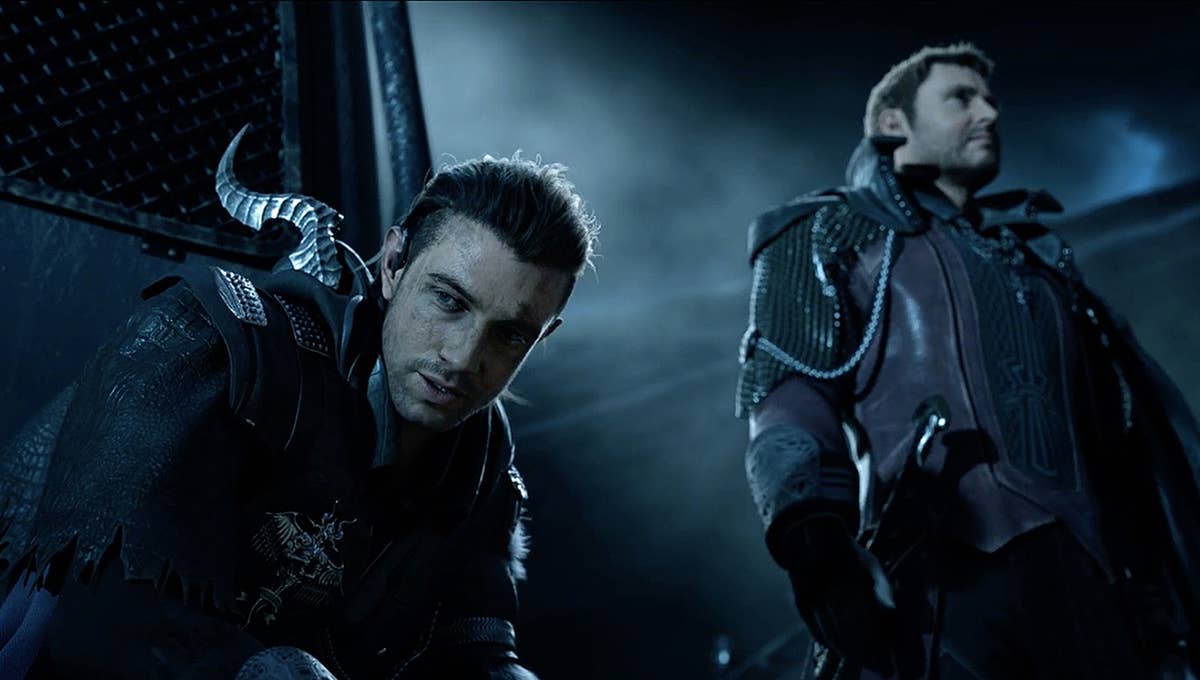 Even the humble rebellion that Libertus becomes a part of after Crowe’s death isn’t exempt from the Niflheim influence. The empire persuades its leader to bring down the Wall from within with the promise that an entire section of the city will be given to the refugees when the empire takes over. Considering Niflheim’s recent history of sabotaging a peace treaty, it’s doubtful that they would have kept this promise. The empire finally has the prize they have sought for centuries. When they unleash their daemons on Insomnia, it becomes evident that the empire has opted for the scorched earth policy.

Through his determination and desire to save Insomnia, Nyx convinces Lucia’s past rulers that he is worthy of being the vessel of their power, despite not being of royal blood. The Ring of Lucii subsequently grants him immense magical abilities with which he awakens the colossal stone statues of the former kings to defend the capital from Niflheim’s demons. 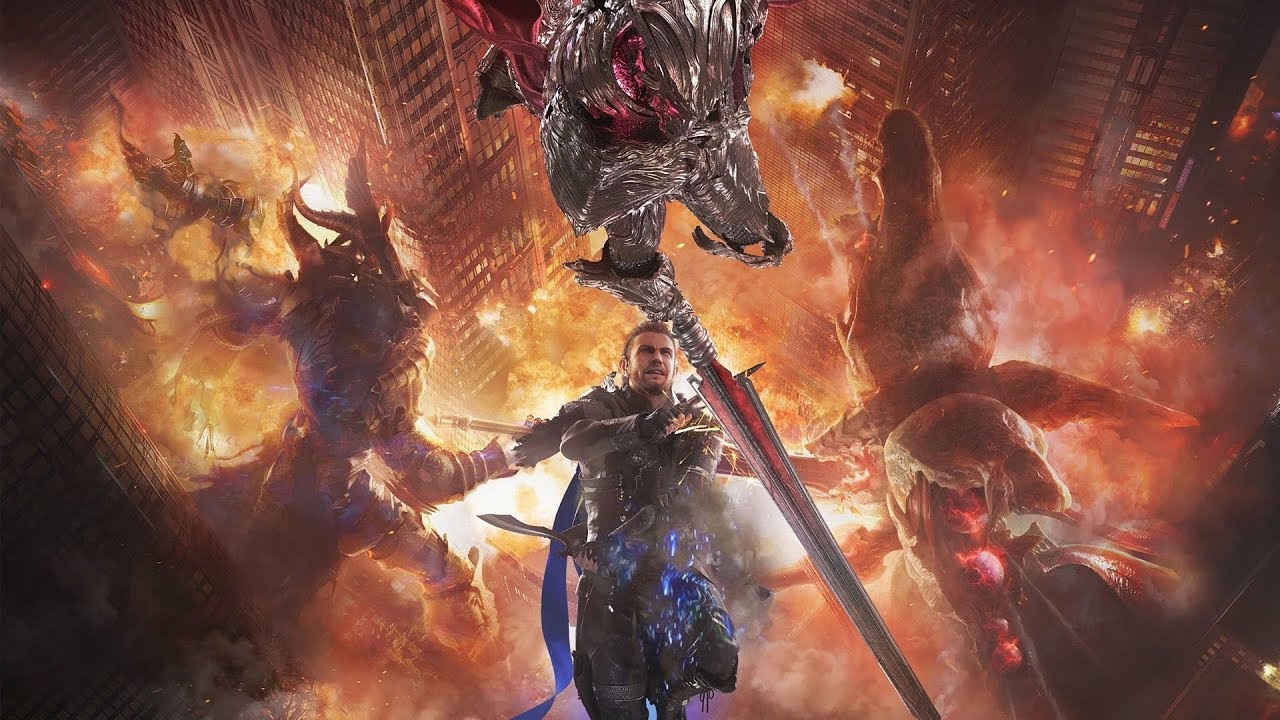 Meanwhile, Nyx and Glauca engage in a fierce battle against each other, with the entire world’s fate hanging in the balance. Ultimately, Nyx emerges as triumphant, fatally injuring Glauca. This marks his last act of heroism. He was warned that he would die at sunrise when he accepted the Ring’s power, but he still did it because he had genuinely come to believe in Noctis and everything he represented.

What is the Crystal?

According to the lore, the Crystal came out of Eos itself about two millennia earlier. It was subsequently given to the humans by the six Astrals or the deities of the world. It was placed inside a tower, where it was meant to stay until it selects the “True King” of humanity. However, a demonic plague called Starscourge struck humanity not long after, and the Crystal chose Ardyn Lucis Caelum as the king. But as he helped cure people of the disease by absorbing it into himself, he was deemed unclean and unworthy to wear the crown. 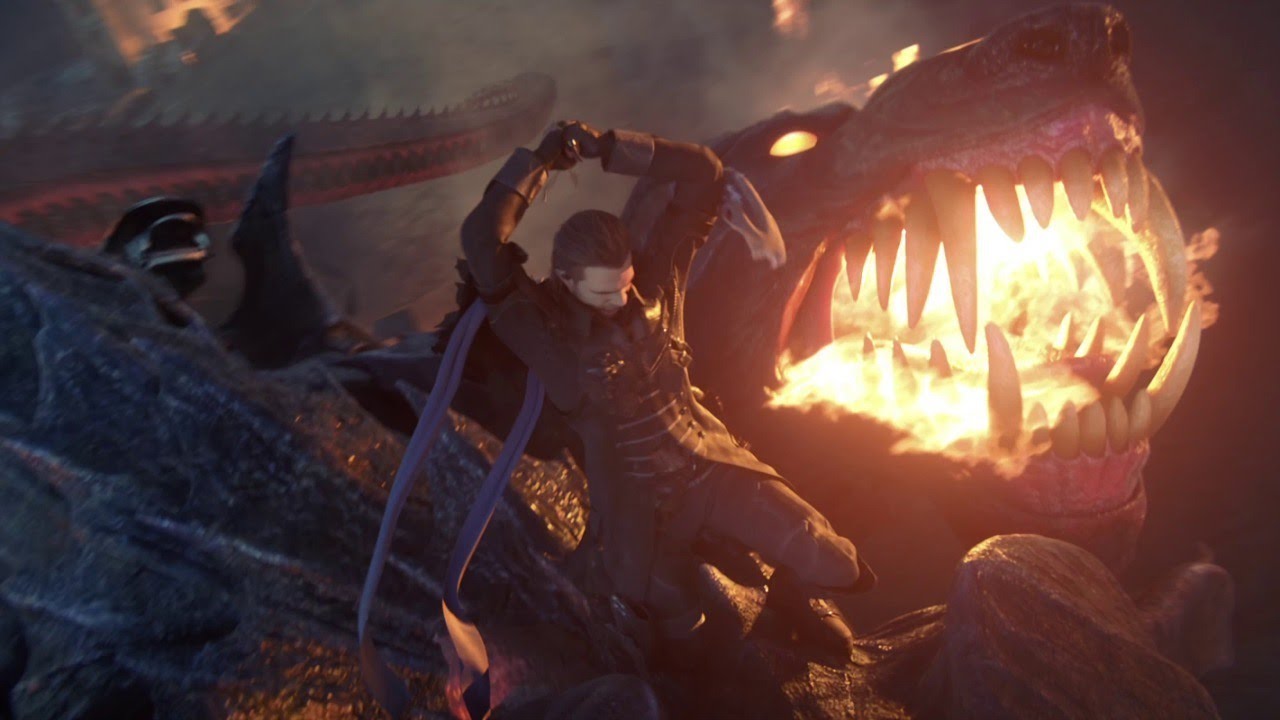 His brother, Somnus, was subsequently chosen as the king instead. The Astrals charged Somnus and his descendants and an Oracle and her successors to look after the Crystal until the True King arrives. The Ring of Lucii was created so that the wearer can harness the powers of the Crystal. In the ‘Final Fantasy XV’ video game, it is revealed that Noctis is the True King of the prophesy and Luna is the current Oracle. Furthermore, Noctis’ ultimate destiny as the savior of the world is intricately linked to the Crystal. As for Ardyn Lucis Caelum, he became immortal and was sealed away. When he returns, he assumes a new name, Ardyn Izunia, and becomes Niflheim’s Chancellor. Ardyn Izunia is the main antagonist in the video game.

In the post-credits scene, we see Noctis and his three friends heading towards Altissia, the capital of Accordo, where they are supposed to meet Luna. The scene ends as their car breaks down. This is also where the game starts. Three friends accompanying Noctis are Gladiolus Amicitia, a warrior whose family has been serving the Lucian royalty for generations, Ignis Scientia, a tactical genius, and Prompto Argentum, Noctis’ close friend from a humble background. The four of them are the main characters in the game.